Pianist Denny Zeitlin first became interested in synthesizers in the early 1970s and used them extensively in 1978 when created the soundtrack for the first remake of "Invasion of the Body-Snatchers".  He has used them now and again over the decades, upgrading his equipment along – in 2013, the good Doctor (he's a practicing psychiatrist) reunited with drummer George Marsh who he has known since joining Zeitlin's Trio in the late 1960s. The percussionist, who moved from the East Coast to the West in 1968, may be best known for his work with mandolinist David Grisman, the Jerry Hahn Brotherhood, Mose Allison, and so many more.  He set his drums up in Zeitlin's studio and the duo began to play electric-acoustic acoustic improvisations. In 2015, Sunnyside Records released the duo's first album, "Riding the Moment" followed in 2017 by "Expedition." 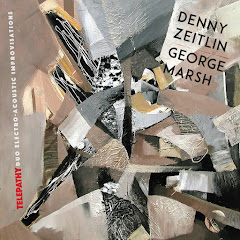 "Telepathy" (Sunnyside) is an apt title for their third album.  Taken from sessions over a five-year period (pre-Pandemic), the 14-track, 76+ minute, program is an aural funhouse. Zeitlin, who continually upgrades his keyboard setup, blends his grand piano with numerous synths, hardware, and electronic keyboards –– meanwhile, Marsh plays his acoustic drum, adding percussion every now and then.  There is no script, no sheet music, and, believe it or not, the vast majority of these tracks are first takes.  For those of us who grew up in the 1960s and 70s, you can imagine Zeitlin sitting in the middle of the studio surrounded by his numerous "toys". He easily moves from one to another; listen to the joyful "Highlands", the track that opens the proceedings. It's a funky jig complete with acoustic piano, keyboard bass, various synths and dancing drums. Several minutes in, all but the drums drop out and Zeitlin begins what sounds like a guitar solo (no, it's a keyboard patch). 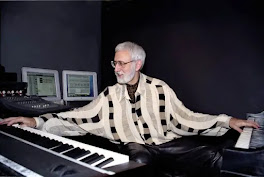 In the space of one song, one might think he/ she is listening to Chick Corea or Keith Emerson or Joe Zawinul.  Zeitlin has his own sound and is always searching. Listen to the duo romp on "Quicksilver" (dig the pianist's left hand in the first minute as well Marsh's delightful brushes work in the next minute. Thunderous drums and rumbling piano chords open "Black Hole" before the music goes in different directions. In the middle of "Moonflower", a "virtual choir" rises out of the rhythm section and it seems so right.  "If Only" is an atmospheric ballad-cum-conversation played by synths and drums while "The Ascent" has, at times, a frenzied feel that is alleviated by the hypnotic piano melody in the middle. As the music rolls forward, the pianist moves freely between keyboards that hints at a full breakout but the listener hears a gentle finish. The program closes with a bow to the halcyon days and nights of San Francisco in the 1960s with the hard rocking "Fillmore Dreams" with wailing synth "guitar" and thundering drums as well as a taste of the blues. 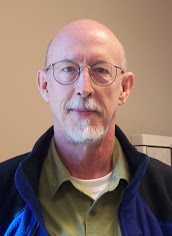 It's easy to get totally wrapped up in the many and varied keyboard sounds but do pay attention to Marsh's inventive drum work.  Even though the two musicians cannot see each other due to the way the studio is set up, the music never gets "lost" or bogged down in repetition.  Because these pieces are improvised, there are many moments the listener feels like he is in the middle of the telepathic action.  Yes, "Telepathy" is the correct title for this album but it could easily be called "Great Fun" or "The Sandbox Sessions".  Denny Zeitlin and George Marsh keep your attention throughout the album by letting their the minds free to wander the sonic universe.  Feeling stress?  Put this music on good and loud; your housemate and/or neighbors might complain but you can't help but feel good as the music dances around you.
For more information, go to www.dennyzeitlin.com/. To hear more and purchase the album, go to https://dennyzeitlin.bandcamp.com/album/telepathy.
Hear the delight-filled opening track:

I have known bassist Joe Fonda for over four decades.  He lived in my hometown for a number of years, often played at local venues, produces a yearly show (an Improvisors Forum) with The Buttonwood Tree (Middletown, CT), and has toured the nationally and internationally with so many different artists ranging from Barry Altschul to Anthony Braxton to Billy Bang to Jaimoe (of The Allman Brothers Band) to Michael Musillami to Satoko Fujii.  He leads or co-leads a number of ensembles and, before the pandemic, was one of the busiest musicians in the Creative Music world. 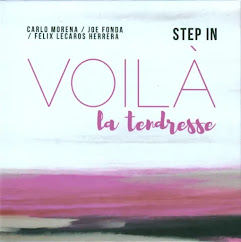 Fonda has performed and recorded with pianist Carlo Morena for over three decades producing four albums with either Jeff Hirschfield or George Schuller on drums. under the name Step In Trio (from a 2000 album of the same name). In March of 2019, Fonda and Morena came to Firehouse 12 in New Haven, CT, with drummer Felix Lecaros Herrera as the third member of the trio.  The dChilean native also works with saxophonist Eden Bareket and has recorded with guitarist Nicolás Vera. The result of the New Haven gig is "Voila la Tendresse" (Not Two Records). The seven song, 70+ minute, program is filled with intuitive playing and intelligent interplay, emotional depth, and really fine compositions (all but one by the pianist).  Because Morena and Fonda have such a long and rich history plus they entrust Herrera with being the foundation each song, this Trio sounds anything but "typical".

The title track opens the album on a lyrical note, the piano melody pushed forward by the dynamic drumming and bass counterpoint.  The bassist gets the first solo, a delightful statement that is both lyrical and percussive supported by the driving drums and piano.  There is a touch of dissonance at the onset of Morena's long solo – there is such power and excitement as the Trio ramps up the intensity (at times like Keith Jarrett's work with Gary Peacock and Paul Motian).  About 10 minutes in, Morena's left hand drops into a modified "boogie-woogie"; Fonda and Herrera follow happily and the groove is irrepressible right to the final seconds (Morena tosses in a few choice Thelonious Monk quotes in the final moments).
Fonda opens "Japan" with a long solo that gain blends lyrical and percussive with a hypnotic feel at times. Four+ minutes in, the pianist and drummer enter pushing the music into a Bill Evans-style atmosphere with a gentle stop & start in the rhythm; yet, notice how the music moves into a different area more related to the rhythmic pulses of the piece than an Evans improvisation.  Rumbling piano and bluesy bass licks introduce "Dog With No Name",  tune that moves from Gershwin-style flourishes to raucous blues to bass solos short and long. a swinging piano romp  that gets a bit off-center by the powerful drumming. The one non-original is "I Love Music" composed in 1974 by Emil Boyd – it's a sweet solo piano piece that carrie a lot of emotion. 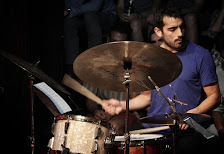 The program comes to its close with "Chorale", a piece that builds slowly from the piano-bass-brushes opening into a powerful piano solo that pushes the rhythm, especially Lecaros Herrera (pictured) to lock in with Morena for a thunderous climax. Still, it's the pianist who puts the song and the album to bed with a short series of light-fingered descending lines.
Step In – Carlo Morena, Joe Fonda, and Felix Lecaros Herrera – have produced an excellent alum in "Voila la Tendresse".  The music engages the Trio which, in turn, captivates the audience.  Powerful, lyrical, rhythmic, emotional music that deserves your close attention – highly recommended!
To purchase the album, go to https://joefonda.bandcamp.com/releases.  For more information about the bassist and his many projects, go to http://joefonda.com/.
Give a listen to "Japan":
Posted by Richard B. Kamins at 6:27 PM