Nowadays, music comes from everywhere, from artists around the world. Two of the three groups reviewed below are transatlantic in composition while one is from a group of musicians based in Chicago but with international experience. 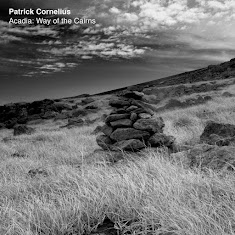 It's been 12 years since alto saxophonist and composer Patrick Cornelius recorded with the Transatlantic Collective.  Composed of Cornelius, bassist Michael Janisch, Estonian pianist Kristjan Randalu, and drummer Paul Wiltgen (from Luxembourg, that band spent the better part of four years recoding and touring.  Janisch and Cornelius stayed in touch; in fact, the Wisconsin-born bassist, head of Whirlwind Recordings (and now a resident of London England), has released three of Cornelius's albums as a leader. The saxophonist reached out to his three friends with a new project, music inspired by Maine's Acadia National Park; they gathered in England, rehearsed, played several gigs, entered the studio, and emerged with a new album.  The result is "Acadia: Way of the Cairns" (Whirlwind), a delightful suite (seven pieces by Cornelius, one each for Randalu and Wiltgen) that sparkles and shines from beginning to end. The group has now been dubbed Acadia after this project, 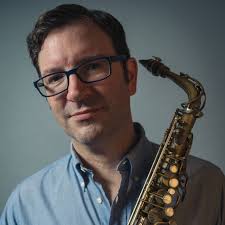 First thing one should notice is how clean and clear the sound––you can hear all four musicians without an issue.  Janisch's bass playing is particularly strong; he is the first soloist on the opening title track, his melodic lines and thick tone set the pace for the band.  The skipping rhythms of "Blueberry Mountain" are propelled forward by Wiltgen with a touch of hip hop in his attack. Note how Cornelius dances over the rhythm section plus Randalu's short but dazzling solo that starts low in his left hand, gleefully darting up the keyboard. The rhythmic attack on this tune as well as the opening moments of "On The Precipice" features echoes of pianist Keith Jarrett's European Quartet with Jan Garbarek, Jon Christensen, and Palle Danielson.  The powerful "Darkest Night" is in the middle of the program, introduced by the circular piano lines with the bass introducing the main melody before Cornelius introduces the second part of the theme.  The saxophonist's exciting solo is underpinned by the heft of the piano chords. 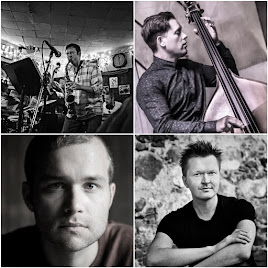 Randalu introduces his composition "Valse Hésitante" with a lilting melody before the saxophonist joins in counterpoint. There's a touch of Erik Satie in the gentle melody as well as the opening phrases of the piano solo. Check out the formal sound of the saxophone solo, almost as if this was a recital.  The drummer's contribution, "Ten Years Later", might refer to the band's extended hiatus. The ballad, which closes the program, is a finely constructed piece in which all four musicians move the melody forward.  Cornelius steps out for a short, soulful, solo that closes on a bluesy return to the original melody.

"Acadia: Way of the Cairns" moves with purpose, style, energy, and soul. Patrick Cornelius writes to the strengths of his musical partners and they respond in kind.  This music pulls the listener, leaving one satisfied but ready to dig right back in.  That's what the best music does!

For more information, go to www.patrickcornelius.com/projects/acadia. To listen to more music and purchase the album, go to https://patrickcornelius-whirlwind.bandcamp.com/album/way-of-the-cairns. 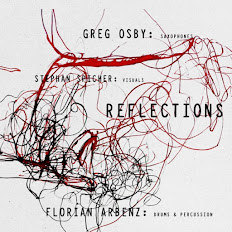 Greg Osby (United States: soprano and alto saxophones) and Florian Arbenz (Switzerland: drums, percussion) have played together for over 22 years, playing concerts in Europe and the United States.  "Reflections of the Eternal Lines" (Hammer Recordings) is their first duo recording but they have recorded together before with the drummer's cooperative trio VEIN. This album was inspired by the paintings of Swiss artist Stephan Spicher, whose workshop was the host for the recording. The pieces, composed by the drummer, run the gamut from the hard driving "Groove Conductor" to the dancing rhythms of "Wooden Lines" to the quiet kalimba/ soprano sax piece "The Passage of Light" (which has the feel of a ballad by Billy Strayhorn).  The mysterious "Chant" rumbles forward on the sounds of a gong, orchestra bells, and cymbals while Osby creates a lovely melody. 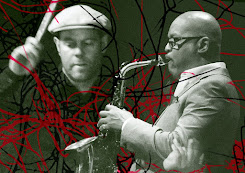 Black American Music has had a number of fine saxophone/ drums duos; examples include John Coltrane and Rashied Ali ("Interstellar Space"), Max Roach with both Anthony Braxton and Archie Shepp (for Hat Hut Records), plus Dewey Redman and Ed Blackwell.  "Reflections of The Eternal Line" will remind you of those albums yet has its own beauty and mystery.  The duo of Greg Osby and Florian Arbenz recorded alongside Stephan Spicher (see and hear below), each artist inspired by the others.  Sit down, turn the speakers up loud (or wear head phones), and the sounds create paintings in your mind. What an aural treat!

For more information, go to www.florianarbenz.com/osby/.  To purchase, go to https://florianarbenz.bandcamp.com/. 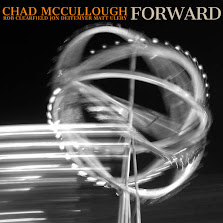 The city of Chicago, Illinois, reverberates throughout "Forward", the new album by trumpeter/ flugelhornist Chad McCullough.  It's his debut on Outside In Music and features a stellar cast of Windy City regulars including pianist Rob Clearfield, bassist Matt Ulery, and drummer Jon Deitemyer plus, on three of the six tracks, Ryan Cohan (keyboards, programming, co-producer).  The program, all McCullough originals, features three quartet pieces and three that add Cohan to the mix.  First time through, one can hear the influence of the late Kenny Wheeler, especially in the open-ended nature of the music and performances––Cohan's synthesized strings actually add to the airiness, giving an ethereal feel to "Oak Park", a symphonic grandeur to "Grave at the Gavel or Grace at the Gallows", and a winter-like atmosphere to "Water Tower Sunset."

Like Wheeler, McCullough does not dominate this music, allowing the rhythm section to set the tone of each piece. If you have paid any attention to Rob Clearfield, you'll know he's one of the most lyrical pianists on the scene. Not only does he create a solid foundation for the trumpet to ride on but he also creates space for Ulery and Deitemeyer to move independently––you'll hear that on pieces such as "Gentle" and the fast-paced "Focal Point."  On the latter piece, the rhythm section plays with great energy and purpose––Clearfield dominates the first several minutes, engaging in a musical conversation with the bass and drums that is exhilarating. McCullough picks up on that energy, creating his own dialogue with the group.
If you have any familiarity with the city of Chicago, several of the songs will create a mental picture of the city.  "Oak Park" is where Frank Lloyd Wright, "November Lake" will remind you of the breezes off Lake Michigan that make you catch your breath, and "Water Tower Sunset" will posit one in the bustle of North Michigan Avenue.
What impresses most about "Forward" is how the music, whether the pace be slow or fast, is so alive with ideas, melody, and sense of purpose. At this time, when music is one of the few ways to "travel" safely, Chad McCullough has created a journey that is emotionally uplifting and ultimately satisfying.
Here's a taste of "Grace at the Gavel or Grace at the Gallows":
Chad McCullough, with Jon Deitemyer, Matt Ulery, pianist Paul Bedal, and synth artist Paul Mutzabaugh, played an "Album Release Concert" in mid-October (two weeks ago, as of this writing) at the Fulton Street Collective in Chicago. Below is an excerpt of the full show, the lively "Focal Point":
Posted by Richard B. Kamins at 6:20 AM