I usually use this space on Thanksgiving Day to write about the state of the world and how music can help us through hard times, giving us hope for a better world.  This year, I am going to forgo my editorializing––chances are good you're talking about the world at your dinner table and/or on ZOOM calls with the family.  You don't need me to go through that.  I just wish you the best and hope that this is a time of good health and quiet reflection.

In the meantime, this month brings a number of fascinating "historical" albums, some with music not released before by Sonny Rollins, Bill Evans Trio 1968, and Wolfgang Lackerschmid/ Chet Baker Quintet with Larry Coryell, Buster Williams, and Tony Williams––let us take a look. 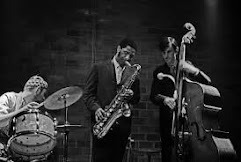 Not surprisingly, there are two new releases from those inquisitive and quite thorough folks at Resonance Records (both vinyl packages will be available on Record Store Day/ Black Friday November 27).  The story behind "Sonny Rollins: Rollins In Holland" is smartly recounted in the 100-page booklet included in the two-CD and three-Lp Vinyl packages which include interviews with the three musicians who create the musical magic. There are great interviews with the person who uncovered the Dutch radio recordings that are the first four tracks on the program. There are also two tracks from a gig at the Go-Go Club in Loosdrecht in The Netherlands on May 5, 1967 (the same day that the radio program was recorded at lunch time).  The largest chunk of playing time belongs to five tracks recorded two days earlier in Arnheim, The Netherlands. 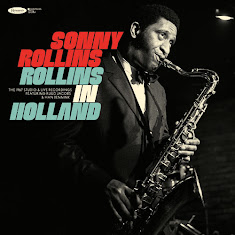 Mr. Rollins is in fine form throughout although he seems reined on the 30-minute radio program. He gives equal time to his rhythm section––bassist Ruud Jacobs and drummer Han Bennink––none of the four tracks are longer than seven minutes. Both of the sidemen were considered the finest players on their instruments in the country and were thrilled to be working with the saxophone legend. Bennink, 25 years old at the time, had already joined the Instant Composers Pool but had absorbed the playing of Kenny Clarke and Max Roach before falling under the spell of Sunny Murray.  The drummer, along with the 29-year old Jacobs, had worked together as a unit numerous backing American musicians such as Wes Montgomery, Johnny Griffin, and Ben Webster. Both loved the records that Mr. Rollins had made in the 1950s, especially the trio sessions for Blue Note and Riverside Records.
Fans of this recordings, especially "Freedom Suite" and "Live at The Village Vanguard", will love the Arnheim tracks. The sound under headphones is quite good (kudos go to label head George Klabin and Fran Gala for their splendid sound restoration) as you can really hear riding the powerful work on the rhythm section on pieces such as "Four" and "Three Little Words".  There are moments where the sound fades but the trio never does. Mr. Rollins, two months away from losing his good friend John Coltrane and a year away from a six-year recording sabbatical, sounds as if he's having great fun, especially on the live cuts. Jacobs, whose 29th birthday fell on the first day of recording, and Bennink plays with abandon, which is just what Dr. Rollins hoped for. . 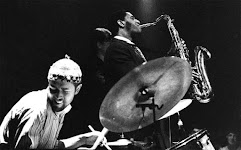 There have been bootleg recordings from these live dates circulating around the world for over five decades.  Zev Feldman and Resonance Records have put together a splendid package with plenty of photographs from the days was in The Netherlands plus the interviews are a true pleasure to read.  And, much of this music is sublime. "Live In Holland" adds yet another shining example of how great Sonny Rollins sounds in concert––have fun counting all the quotes from other songs he throws in, especially in the last 10 minutes of "Four".
For more information, go to https://resonancerecords.org/product/sonny-rollins-rollins-in-holland/.
Check out this overview from Resonance: 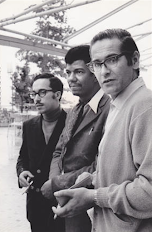 Up until 2016, the only recorded instance of the Bill Evans Trio with Eddie Gomez (bass) and Jack DeJohnette (drums) was the GRAMMY Award-winning Verve Lp "Bill Evans at the Montreux Jazz Festival."  Four years ago, Resonance Records released "Some Other Time: The Lost Session from the Black Forest", a studio album the Trio recorded the same week as their Montreux Festival appearance. One year later, the label released "Another Time: The Hilversum Concert", a live concert recorded in the studios of the Netherlands Radio Union (NRU) a week after Montreux.  Both albums showed the Trio at the height of their creative abilities. The group then spent a month in residence at Ronnie Scott's in London.  DeJohnette told Zev Feldman at Resonance Records he had recordings he had made at the time but the sound was fair at best.  Feldman initially passed on the tapes, hoping to find other enthusiasts who may have taped a show or two. 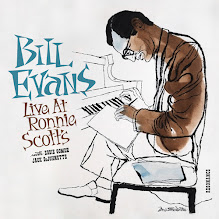 The story of how the drummer and the label executive discovered a glitch in the playback, fixed it, and the magic of the music was revealed is told in the 44-page booklet that accompanies "Bill Evans: Live at Ronnie Scott's".  The 2-CD, 2-Lp, arrives just in time for Record Store Day November 27 and if this 20-song program (in the form of two sets) doesn't warm your tired bones, nothing will. The band sounds so together, so relaxed, and so ready to stretch out that their musicality shines through.  There are few surprises in the choice of repertoire but pieces such as "Alfie", "Waltz for Debby", the two versions of "Emily" (from the pen of Johnny Mandel), "Someday My Prince Will Come", and "'Round Midnight" sparkle with delightful solos and interactions, smart harmonies and delicate musicianship.  The one rarity is "For Heaven's Sake", a song composed by Don Meyers, Elise Bretton and Sherman Edwards for the Claude Thornhill Orchestra in 1948 but made famous by Billie Holiday in 1958 on her "Lady In Satin" album (the last released in her lifetime).  Evans first recorded the piece on "Evans 64" with bassist Gary Peacock and drummer Paul Motian and once again in December 1968 at The Village Vanguard with DeJohnette's replacement Marty Morell (released on "The Secret Sessions 1966-1975" assembled from tapes recorded without permission by Evans super-fan Mike Harris. 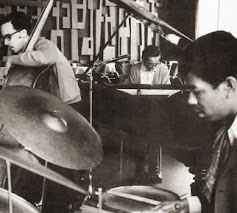 To my ears, "Live at Ronnie Scott's" is the best representation of the creative work of bassist Eddie Gomez of the now-four albums from this Trio. His amazing melodic sense stands out and you can really hear how he inspires the pianist and drummer.  Yes, I know that there seems to be several thousand Bill Evans albums on the market but you do not need to be a completist to enjoy "Bill Evans: Live at Ronnie Scott's"; you need to love music that is emotional and melodically rich with many moments of rhythmic swing.  Thanks go to Jack DeJohnette for preserving the tapes and Resonance Records for persevering to bring this splendid music to light!
For more information, go to  https://resonancerecords.org/product/bill-evans-live-at-ronnie-scotts/.
Here's the mini-documentary from Resonance featuring Zev Feldman, Brian Priestley, Jack DeJohnette (interviewed by Chick Corea), and Chevy Chase:
Vibraphonist Wolfgang Lackerschmid and trumpeter/ vocalist Chet Baker first began playing in the late 1970s.  They recorded a duo album for the vibraphonist's own Sandra label and, in the aftermath, Baker invited Lackerschmid to be a member of the trumpeter's touring group.  Guitarist Larry Coryell saw the duo play at a Festival in Austria (where Coryell was playing with saxophonist Sonny Rollins) and suggested they play together.  Baker's agent liked the idea and floated the idea of adding a rhythm section which turned out to be the brothers in name only, bassist Buster Williams and drummer Tony Williams. 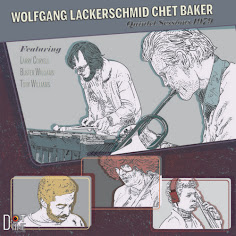 The five musicians went into a Stuttgart, Germany, studio and created "Quintet Sessions 1979" to be released on Sandra.  Thanks to D.O.T. Time Records, the album has a new life in the 21st Century.  The six pieces (the seventh and eighth tracks are a rehearsal and the other an alternate take) include two composed by the guitarist, one each from the Williamses and Lackersachmid plus a lovely take of Jimmy Van Heusen's "Here's That Rainy Day."  Everyone respects Baker's limited technique; still he rises to the occasion throughout with a handsome tone and his fine sense of melody. He only sings on one track, a sweet wordless vocal on Lackerschmid's "Balzwaltz" (but not on the alternate take).  Bassist Williams stands out in the mix, his melodic solos and intelligent counterpoint meshes well with the rest of the group. Listen to how the bassist wraps his thick notes around the lighter trumpet tones without overwhelming Baker. 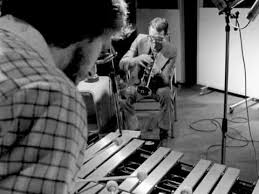 The quintet creates a pleasing swing on Buster William's "Toku Do" with solid solos from Baker, Coryell (who is a stalwart throughout the program), the composer, and strong work from the drum set.  There's a funky feel to the opening of Tony Williams's "Mr. Biko" which then drops into a loping swing. The drummer rarely lets loose but his cymbal work is delightful.  The Caribbean/ French feel of the guitarist's "Rue Gregoire Du Tour" shows the influence of Burt Bacharach; one half-expects Dionne Warwick to step out and vocalize.  Instead, we get melodic solos from Baker, the composer (his trademark blazing solos replaced by a fine melodic sense), Lackerschmid, and the bassist.
"Wolfgang Lackerschmid/ Chet Baker: Quintet Sessions 1979" sounds a bit undercooked at times––perhaps it's the addition of two extra tracks that helps to create that illusion. Yet, there is enough good playing on this album, especially from Buster Williams and Larry Coryell, to recommend that you give it a listen.  You can do just that by going to https://dottimerecords.bandcamp.com/album/quintet-sessions-1979 where you can also get more information and purchase the recording.
Here's a track to check out while you're reading:
Posted by Richard B. Kamins at 12:53 PM