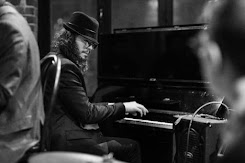 Listen to all the musical sounds around us; there are albums that push us into action, others that take us to new worlds, and others that plain bore us. Then, there's "comfort food" music, songs that make us smile, calm us down because the artist(s) is (are) so in sync and sound like that everyone is having such a good time.  For his third album as a leader, pianist, accordionist, and composer Ben Rosenblum has expanded his trio (bassist Marty Jaffe and drummer Ben Zweig) to a sextet featuring Wayne Tucker (trumpet), Jasper Dutz (tenor saxophone, bass clarinet), and Rafael Rosa (guitar), dubbing the group the Nebula Project. 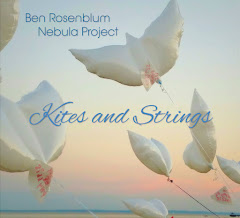 "Kites and Strings" (self-released) features seven Rosenblum originals, one traditional Bulgarian song, and one song each by Leonard Bernstein ("Somewhere") and Neil Young ("Philadelphia", the 1993 movie with Tom Hanks and Denzel Washington).  The fast-paced "Cedar Place" opens the program with the trumpet, tenor sax, and accordion leading the rhythm section through the melody. The accordion may remind some of Gary Versace's work with the Maria Schneider Orchestra.  Te title songs also features Rosenblum's accordion and adds vibraphonist Jake Chapman to the mix.  Solos by Chapman, Tucker, and the leader occur over the floating rhythm section––the music feels warm and comfortable.  "Motif from Brahms (Op. 98)" is a lovey ballad; with the accordion on the melody, trumpet and clarinet for support plus fine piano work by guest pianist Jeremy Corren, the music deftly blends classical and jazz influences.
There's a delightful Middle-Eastern feel to "Fight or Flight" with a rollicking guitar solo from Rosa and excellent percussion from Zweig.  The Bernstein song (also featuring Corren) is quite sweet with accordion in the lead and strong counterpoint from bassist Jaffe. Fine solos from the leader, Tucker, and Dutz (bass clarinet) plus an excellent arrangement give the song a pleasing feel.  The trombone of Sam Chess is featured on Young's "Philadelphia", sharing the melody with Dutz's tenor. Rosenblum's emotionally rich solo piano gives the music its gravity pushing the rhythm section to build the intensity under the trombone and guitar solos. Tucker's fast-paced solo enlivens the bopping "Laughing on the Inside"which also includes a swinging accordion solo a la Art Van Damme and a raucous, bluesy, solo from Rosa. 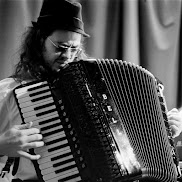 The Bulgarian traditional "Izpoded" closes the album. With the trumpet, saxophone, and accordion sharing both the melody and counterpoint, the music moves in a stately manner. No percussion but Jaffe's long blowed bass tones gives the music a strong underpinning.  "Kites and Strings" often feels as if the music is flying high, dipping, swirling, and dancing in a strong breeze. Looking for a wide musical grin; Ben Rosenblum Nebula Project is all that and more.
For more information, go to www.benrosenblum.com.
Here's a live take of the Leonard Bernstein classic:
Bassist, composer, and music label co-owner Dan Fortin is the very definition of a contemporary musician.  Not only does he play jazz (1/3rd of the cooperative trio Myriad3 and as a member of saxophonist Allison Au's Quartet) but also "experimental pop" with the quintet Bernice), and the fascinating Queer Songbook Orchestra.  In every musical situation, whether playing electric or acoustic bass (occasionally synth bass), Fortin is the glue of a group. He's a powerful player who plays the "foundations" of most songs so that the other group members have the freedom to move but the bassist is also quite melodic, creating solos you remember (not just there to make a song longer).  Early in 2019, Fortin joined forces with vibraphonist Michael Davidson  to create Elastic Recordings, an outlet for their creative endeavors.  The label debuted with the duo's "Clock Radio" (my review is here); the label's second release, and the bassist's second as a leader, is "The Latest Tech", a nine-song collection of pieces for acoustic bass. 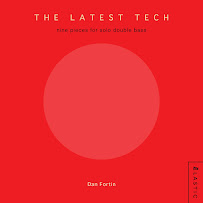 Solo bass requires concentration and commitment on the part of both the creator and the listener.  Just as fellow bassist Jorge Roeder accomplished earlier this year with his smashing "El Suelo Mio", Fortin's music keeps one's attention throughout. Because he is so melodic and percussive, one can hear the musician telling stories. It's the insistent rhythm and repetitive lines propel the title track forward, the ringing chords of the  ballad "X-Ville", the impressionistic "American Desert" that opens the album, the "Purple Haze" influence thump and bump of "Welt", and the hypnotic flow of  the closing track, "Beautiful Psychic Dream"––this music pulls you in, initially keeping you guessing as to where the bassist is taking you but then inviting you back like a friend.
"The Latest Tech" is, admittedly, not music for everyone but those who enter these musical environments created by bassist and composer Dan Fortin with an open mind and curious ears will be rewarded.
For more information, go to www.danfortinthewebsite.com.  To hear more and to purchase the album, go to https://danfortin.bandcamp.com/album/the-latest-tech.
Here's a taste of the title track: 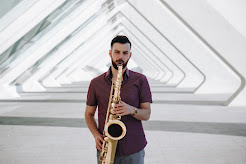 Tenor saxophonist and composer Mike Casey hails from Hartford, CT.  He first studied at the Greater Hartford Academy for the Performing Arts and went on to attend the Jackie McLean Institute of Jazz at the Hartt School of Music, which is affiliated with the University of Hartford. There, he studied with Jackie's son, Rene, as well as with Steve Davis, Javon Jackson, Abraham Burton, and others. After graduation, Casey went on to play with pianists Marc Cary and Benito Gonzalez, harpist Brandee Younger, bassist Nat Reeves, and, in 2016, the saxophonist released his debut album, "The Sound of Surprise", recorded live at The Side Door Jazz Club in Old Lyme, CT.  In 2017,  he was accepted into the inaugural class of Berklee's Master's program in Contemporary Performance and Music Production at the Boston, MA-based new campus in Valencia, Spain. 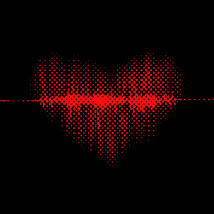 Before leaving for Spain in July 2018, Casey took his trio––bassist Matt Dwonzyk and drummer Corey Garcia––to lay down tracks for his second album, "Law of Attraction" (self-released).  The sprawling 83+ minute recording includes 16 tracks with several takes of some songs plus five songs that features the piano of pianist Gonzalez. At the time of the recording, the trio had been playing regularly for over four years and you can tell. The bassist and drummer are a solid unit, knowing how to support, prod, and excite Casey.  "Best Part (take 1)" opens the festivities; it's a medium-paced ballad led in by the chords of bassist Dwonzyk. The melody and sound of the track reminds this listener of Australian alto saxophonist Bernie McGann and, especially, his 2000 album "Bundeena."  "No Church in The Wild (intro)" is next, with Gonzalez on board, and the distinct flavors of the classic John Coltrane Quartet.  That leads into the main body of the song, a rousing, fiery, performance by all involved, especially Garcia whose thunderous percussion pulls the performance forward (the digital version fuses the "intro" to the main body placing that in the middle of the program––there's another take that appears as a bonus track for the digital). On each iteration, Casey and Gonzalez create passionate, powerful, solos that sing and soar. 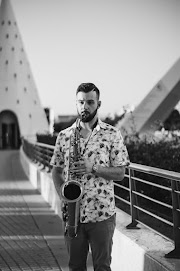 Highlights also include the fascinating "Dagobah" (influenced by the movie "Star Wars")––listen to how the bass and drums move underneath the leader, giving the music a sense of urgency.  The title track dances forward, more like Sonny Rollins in the 1970s and 80s. Dwonzyk, whose thick bass tones stand out over the course of the album, creates a delightful solo, supported by the swooshing cymbals.  "Feel The Bern" is short (2:45) but ever-so-funky, with the bass producing one dancing line after the other in support of Casey's "honking" lines.  Garcia's solo will rattle your speakers and windows but you'll want to play this track a lot (no matter your political affiliation).  The three takes of "Get You" are also funky and short (a shade above three minutes) and each one is slightly different from the other (dynamics, rhythmic drive, and how the musicians interact).
"Law of Attraction" is an attractive album, especially if you like brawny, energetic, post-bop.  In the liner notes, Mike Casey writes that this session was recorded "Live in 100 degree heat with no air conditioning...recorded all old school, no isolation, no headphones! No tricks."  This music sounds live and very much alive, an energy boost without ingesting caffeine. One could be picky and say that the inclusion of all the alternative takes interrupts the flow of the album but, in this digital age of "shuffle tracks", it's hard to tell if anyone listens to an entire album in one sitting.  However you choose to approach this music, it's well worth your time!
For more information, go to www.mikecaseyjazz.com/home. To listen to more and purchase the album, go to https://mikecasey.bandcamp.com/album/law-of-attraction.
Here's the Trio with the afore-mentioned "Dagobah":
Posted by Richard B. Kamins at 6:02 PM