This review introduces you to three albums featuring quartets, two with tenor saxophone, piano, bass, and drums plus one with tenor and alto saxophones, bass, and drums. The share the language of of modern Black American Music but come at their music from different directions. 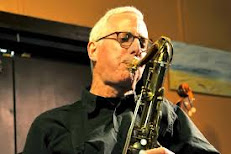 Saxophonist Rich Halley has been making music on the West Coast for over five decades working with small groups that often included trombonist Michael Vlatkovich and Halley's son, drummer Carson. In August of 2018, he flew east to Brooklyn, NY where he recorded "Terra Incognita" with the Matthew Shipp Trio (the pianist, bassist Michael Bisio, and drummer Newman Taylor Baker). Halley's "live wire"compositions and fiery playing fit right in with the experimental bent of the Trio anf their first album together was a smash. 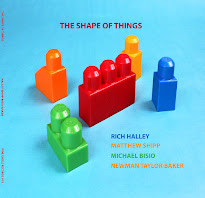 He returned to Brooklyn one year later and, on August 16, went back into the studio with the Trio; the result, "The Shape of Things" (Pine Eagle Music), moves as passionately as the first album. And, just the like the previous release, the four musicians improvised the entire program.  Halley may be the leader but everyone stands out. Whether it's Newman Taylor Baker's powerful drums goosing the saxophonist to powerful shouts on the opening "Tetrahedon" or Shipp's lyrical piano opening to "Spaces Between" or Bisio's rapid-fire bass lines on "Oblique Lines" (note the way Halley dances out of his solo while Shipp dances in), this music does not sit still or make compromises.  Halley and Baker have another one-on-one conversation to open "Lower Strata"––it starts fairly quietly, does not boil over.  In fact, it is Shipp's majestic cascading chords and Bisio's rumbling bass work that raise the intensity. There's even more energy on "The Curved Horizon", the albums longest track at 13:35, especially as Halley and Shipp continually collide in the opening two minutes.  Baker and Bisio stoke their fire until the saxophone drops out and Shipp dances forward. After the Trio tamps down the fire but not the intensity, Halley returns and the music explodes
"The Shape of Things" (not to be confused with The Yardbirds' 1966 hit of the same name) is excellent, reminding one of how great improvised music can be a transcending experience. Rich Halley does not compromise, has no need to, his interactions with the Matthew Shipp Trio shows us music still has the power to makes us sit up and take notice!
For more information, go to www.richhalley.com.
Here's the opening track: https://soundcloud.com/bk-music-pr/tetrahedron-rich-halley

For his sixth release on Whirlwind Recordings, drummer and composer Jeff Williams has issued his second "live" album and third fronting a quartet. Since moving to England over a decade ago (he splits his time between NYC and UK) and signing with Michael Janisch's label, he has produced music that displays power, wit, musicality, and great "swing".  He writes to the strength of his band and they make sure the music sounds vital. 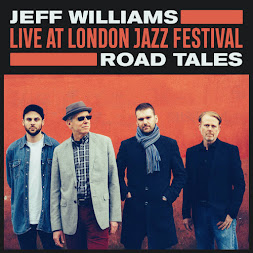 "Road Tales: Live at London Jazz Festival", recorded in November 2018 at London's famed Pizza Express, features the drummer in the company of long-time associate John O'Gallagher (alto saxophone) and two young members of the British Jazz scene Josh Arcoleo (tenor saxophone) and Sam Lasserson (acoustic bass), both members of Williams group since 2015. Sit down, put the music on the stereo, and enjoy the 63-minute, nine song, program of the drummer's original pieces. A mix of old and new compositions, the quartet dances, swings, sways, roars, and makes you listen.  Whether it's the bluesy dance of "New and Old", the chatty and boisterous "Borderline" or the quiet ruminations of "Under the Radar" (which features a splendid Arcoleo solo), this music is always moving.  "Scrunge" is a funky, hard-hitting, dance tune that nods towards Ornette Coleman and the bluesier side of Julius Hemphill.  Williams playful "She Can't Be a Spy" stretches out so both saxophonists can dance atop the drummer's powerful beat.  The album closes with "Double Life"––the leader opens the piece by scurrying around his drum set before Lasserson enters to set the pace. The saxophonists introduce the lengthy and twisting melody then both (Arcoleo first) deliver delightful solos egged on by the conversational. drums and powerful bass lines. 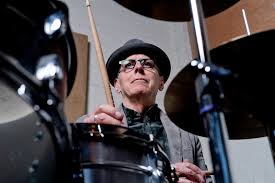 "Road Tales" is a delight from start to finish. Take your time to listen to all four musicians but especially the rhythm section and how they interact with each other and how they do not just play "support" beneath the saxophonists. Jeff Williams musically came of age working with Stan Getz and Dave Liebman, at a time when creative music was still absorbing the lessons of Thelonious Monk, Max Roach, John Coltrane, and innovators of the 1950s and 60s.  Jeff Williams and company not only honor the tradition but also push it forward. Enjoy!
For more information, go to www.willfulmusic.com.
Follow the link to hear a track:  https://jeff-williams.bandcamp.com/track/the-interloper-3. 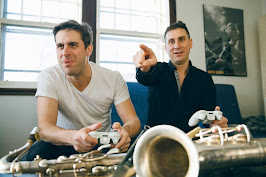 Over the past decade, Jim (drums) and Chet (tenor saxophone), the Doxas Brothers, have been very busy musicians in their native Canada. Jim has been the drummer in pianist Oliver Jones Trio while Chet has worked with Maria Schneider, Rufus Wainwright, and the late John Abercrombie plus is part of the Brooklyn, NY-based quartet LandLine and has recorded with electronics artist/ sound designer Micah Frank.  Together, with Dave Douglas and bassist Steve Swallow, they have released two albums as Riverside for the trumpeter's Greenleaf Music. 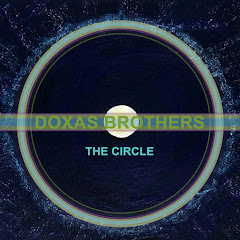 Now, the duo has issued its first album, "The Circle", on Justin Time Records. Joining them are bassist Adrien Vedady and pianist Marc Copland both of whom have been playing with Jim for the past several years in a trio setting. When you first listen through the program, you'll hear finely-constructed compositions, excellent musicianship, smart interplay, and a love for both swing and melody. What you will realize second and third time through is the "flow" in each piece. At times, it's the rhythm section (as they do on tunes such as the album opener "Una a la Vez" and several tracks later on "Old Sport".  When Copland locks in Vedady and Jim Doxas, they create a foundation that Chet's tenor can move through with ease.  Dig the bluesy "A Word From the Wise" where the impressionistic piano support dances around the Coleman Hawkins-inspired tenor sax. 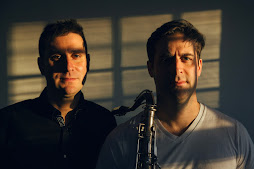 A poetic unaccompanied piano opens "Objets Nécessaires" leading into a melody that sounds like an interpolation of the spiritual "Go Down Moses."  Copland's crystalline lines build the piece up to the entrance of the tenor saxophone; the piece seems to explode with the power coming from the two brothers with both the piano and bassist roiling below them. The wistful tenor saxophone melody of the next track, "Joan's Song", also has a folkish feel (and a touch of Sonny Rollins) yet listen to how the pianist colors the piece with his fascinating chordal choices. 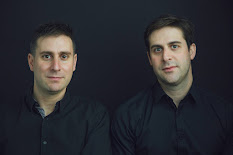 The album closes with the blues-soaked Gordon Jenkins composition "Goodbye"––originally composed in 1935 for the Benny Goodman Orchestra, this version features splendid brushes work, breathy tenor sax, fine counterpoint from Vedady, and a fascinating exploration from the pianist.  Like the eight tracks before it, "Goodbye" is exemplary of just how deeply these four musicians care about the music, the material, and each other.
"The Circle" is delightful music, played with passion, intelligence, and the desire to connect on a human level.  The Doxas Brothers, along with Adrien Vedady and Marc Copland, create a listening experience that combines the "tradition" with creative thinking (and playing)––so sit and listen, waiting for the day when this band can make their magic in a club or small convert venue.
For more information, go to www.doxasbrothers.com.  To hear samples and to purchase the album, go to https://doxasbrothers.bandcamp.com/album/the-circle.
Watch and listen below to the opening track:
Posted by Richard B. Kamins at 8:52 AM