A New Generation of Storytellers in Song (Pt 1) 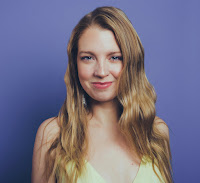 Chances are good that, if you listen to jazz and/or attend concerts, you probably have heard vocalist Aubrey Johnson.  She has worked and recorded with Bobby McFerrin, Andrew Rathbun's Large Ensemble, John Zorn's Mycale, Fred Hersch's Pocket Orchestra, and others.  She studied at Western Michigan University and then studied at The New England Conservatory of Music in Boston, MA. Ms. Johnson also toured with her uncle, keyboardist Lyle Mays, who had written several pieces for her.  Currently, she's on the faculty of both the Berklee College of Music and Queens College in New York City. 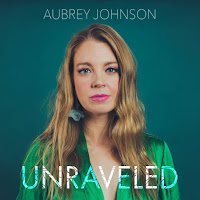 Over her years in Boston and New York, Ms. Johnson assembled a group of musicians, presented them with a repertoire of originals, covers, and standards; in 2017, the ensemble, composed of Tomoko Omura (violin), Michael Sachs (bass clarinet, alto saxophone), Matt Aronoff (bass), Jeremy Noller (drums), Chris Ziemba (piano) plus guest Vitor Gonçalves (accordion on two tracks), went into the studio and the results can be heard on "Unraveled" (Outside In Music).  As you listen to the 10 tracks, one can tell this is a band that truly connects with the music and do their utmost to create a canvas that the voice can paint myriad sounds.  The album opens with "No More I Love You", composed by the British duo The Lover Speaks which Annie Lenox covered quite successfully in the mid 1990s. As opposed to the "electronic pop" sounds of the original and the "hit" version, Ms. Johnson pick up the tempo, riding it forward atop the dancing drums, Ms. Omura's plucked and bowed violin plus the handsome bass clarinet sounds.  Play attention to Ziemba's wide-ranging solo as well as how easily the vocalist moves through her impressive range without sounding forced or facile. This version is nowhere near as campy as Ms. Lennox's (based on her "Cabaret"-esque video).

The songs connect on multiple levels. Musically, the band is top-notch while many of the songs are emotionally rich. "Lie In Wait" (composed by the leader) pulls you on the strength of the human voice yet note the rich alto saxophone sounds (and powerful solo), the rich piano chords, and Aronoff's resonant bass lines. The violinist composed and arranged "Voice Is Magic"; with its spare melody, the music opens up to fine solo from the composer, Ziemba, and a sparkling wordless vocal interaction with Zach's bass clarinet.  Also listen closely when Ms. Johnson sings the lyrics as they switch from Portuguese to Japanese.

The group takes the oft-recorded "Peacocks" (music by Jimmy Rowles, lyrics by Norma Winstone) and makes it their own. The ballad unfolds slowly, the bass clarinet rings out beneath the voice, Noller's gentle brush work, and the deliberate piano lines plus the lyrical alto sax solo caress and surround the voice with such care that even the intensity that builds in the second half of the piece is organic.

The album closes with Egberto Gismonti's "Karate", a playful vocal-piano-accordion interaction that includes breathless runs, classical piano riffs, and a sense of joy unleashed.  When Ms. Johnson and Gonçalves sing and play the stunning phrases, it not only startles the listener but makes one laugh with pleasure. It's hard to find the albums Aubrey Johnson recorded with Ron Di Salvio and drummer Jimmy Cobb but the presence and confidence she displays on "Unraveled" reveals is such a positive for contemporary music as it moves forward!

For more information, go to www.aubreyjohnsonmusic.com. 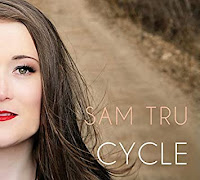 When vocalist-educator-composer Jeff Baker speaks, one should pay attention.  He has started his own record label – Next Music – and the initial release is the debut album of Sam Tru (not to be confused with Sam Tsui, hip hop artist who also records under the monicker Sam Tru).  "Cycle" features her original songs (many co-authored by producer-mentor Baker) with the help of Clark Sommers (bass), Matt Carroll (drums), Justin Nielson (piano, keyboards), and guitarist Gregory Uhlmann.  The title tune moves in on a rhythm that blends soul influences with West African guitar and flies on the strength of the rich vocal sound of Ms. Tru.  That tune as well as the blues-infused "Doing Fine" brings Bonnie Raitt to mind. Ms. Tru has a impressive range never straining to hit higher or lower notes plus she articulates so that one hears every word.

These songs resonate in one's mind. The slow, simmering, "Not Enough Liquor" tells of the frustration of love and obsession – note how the band builds the tension beneath the lyrics. Even more powerful is "Please Don't Go" that fervently speaks to a lover; the drums really push this piece as the piano and guitars color in the background.  "So Far Away" (not the Carole King song) speaks to a relationship in the midst of ennui. For the singer, time slows, drags, in the absence of a partner. Again the power of the rhythm section and Ms. Tru's heartfelt vocal drive the emotions in the song.

"Cycle" closes with "Wheel."  At 9:22, it's the longest track on the album, a slow love song infused with a soulful vocal that takes its time to unwind.  Uhlmann plays a subtle solo in the middle of the piece that leads back to the voice.  The intensity picks up in the final two minutes as the lyrics reminds us that the "wheel" often turns back to the ones we love.

Sam Tru makes quite a positive impression with her debut album.  If you are a fan of Bonnie Raitt, Sara Bareilles, and other vocalists who reach into the heart to tell their stories, then "Cycle" will please you. It's not a jazz vocal album but one hears so many possibilities in these songs that the future bodes well for this singer-songwriter.

For more information, go to www.nextmusiccompany.com/sam-tru. 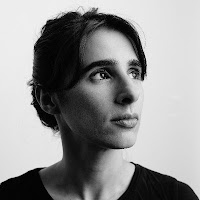 Composer, vocalist, violinist, co-founder of The Knights, and educator Christina Courtin has her hands and feet in so many different genres.  She and bassist Michael LaValle lead a group called Pilot Violet, she's worked with Lee Ann Womack, Doyle Bramhall II, Sara Bareilles, and many others in the folk, country, and classical worlds.  Ms. Courtin has been recording as a solo artist since the mid-2000s with her first full-length album (self-titled) issued in 2009 on Nonesuch Records followed in 2013 with "Varsity" on High Pockets Records.   She's now signed to Brooklyn Rider violinist Johnny Gandelsman's In a Circle Records and her new album "Situation Station" has just been issued 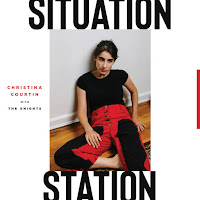 Knowing her classical background probably won't necessarily prepare you for the fascinating worlds Ms. Courtin creates on the recording.  Despite the great number of musicians (see below), the lyrics are never crowded out by the instrumentalists.  Her range is impressive – opening with "Japanese Maple Tree", a lovely, hypnotic, ballad that is reminiscent of both Randy Newman and Tori Amos that leads directly into the poppy "Stare Into The Sun" which, thanks to the whistling (listen below), would not sound out of place on a Bruno Mars album (and it sounds like Joni Mitchell).  Listen to how Ms. Courtin's voice swells with The Knights on "Bouquet" and how she rocks impressively on the country-rock on "Life So Far" (listen to the strings "rock out"). 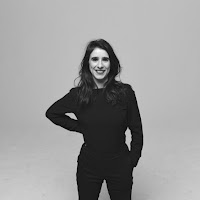 From the beginning of the program, one is impressed by the vocal range and creativity of Ms. Courtin. The title song channels Harry Nilsson and The Beatles with a delightful melody, swirling strings, and a mid-section that rocks hard.  "Coyote Midnight" opens with trance-like electric piano over which the vocal tells the story of a broken relationship. There's powerful tenor sax from Doug Wiselman and a chorus reminiscent of some of Don Henley's ballads.  The tension between the rising strings, the torrent of notes from the saxophone, and Ms. Courtin's emotional vocal pull the listener in looking for release and relief.

"Situation Station" closes with "You Held Me Up", another powerful ballad with The Knights as accompaniment (watch the video below).  Again, there's a touch of Randy Newman in the arrangement and the song is short but ever-so-strong.  Christina Courtin has made a recording that stands out in a year of impressive albums, the program bursting with creativity and excellent musicianship plus songs that not only entertain but touch the heart.  Listen, listen with open ears and mind.

For more information, go to www.christinacourtin.com.

And, the splendid final track:

​Bass
Logan Coale
Posted by Richard B. Kamins at 4:34 PM