The Wide World of Music

When three world-class musicians come together, it can be for a "blowing" session or a serious project – Tabla master Zakir Hussain decided to create an ensemble to perform at SF Jazz, one than included bass master Dave Holland; the drummer also called several other people including saxophonist (soprano, alto, tenor) Chris Potter who has worked with the bassist in various projects for over two decades. Hussain's originally vision was for a septet which did do a pair of tours.  Then, he, Holland, and Potter played a number of dates and Crosscurrents Trio was created. 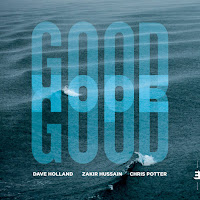 With a repertoire of original works from each member, the trio went into Sear Studio in New York City in September of 2018 and the results can be heard on "Good Hope" (Edition Records). What a sonic treat!  Hussain provides the fascinating rhythm while both Holland and Potter play melodies that lock into the rhythms and dance atop them.  Holland's "Lucky Seven" finds Potter's soprano saxophone leading the way but pay attention to how the bassist plays both counterpoint and rhythm.  Kudos to recording engineer Chris Allen for the clarity of the sound.  Capturing how the bass and tablas creat the various rhythm tracks makes the listener feel as if he or she is sitting in the middle of the trio.  Potter's "Island Sounds" is so easy-going you might miss the lovely bass tones and the burbling drums as you pay attention to the composer's hardy tenor solo.

"Suvarna", one of the two pieces penned by Hussain, opens with a long, lovely, bass solo.  Holland's touch and melodic sense is on full display. When the tablas and saxophone enter, the bassist joins the drummer in pushing the music forward.  Potter does not rush the melody or his solo, slowly building the intensity, his rich full tone adds an emotional touch to the piece.  The saxophonist penned the title track – it opens with a tenor sax and tablas dialogue before moving into quite a dancing rhythm.  Holland's bass acts, at times, as a rhythm guitar and his muscular solo is a highlight of the album.

The album closes with Holland's "Mazad", a sweet tune that floats forward on the bassist's rhythm plus the lovely soprano sax melody. Listen to how Hussain holds back in the opening moments but then falls into dialogue with Holland during his solo.  Potter's solo has an intensity and power that energizes his partners yet, near the conclusion, the trio plays with a beauty that is breathtaking.


"Good Hope", an apropos name for music that brings such joy in times of anguish and fear, is an album that will both excite and calm down the avid listener. Crosscurrents Trio – Dave Holland, Zakir Hussain, and Chris Potter – are recognized as masters on their instruments yet they came together to make music, not to show how technically they can play.  Released in October of last year, the album made a large number of "Best of 2019" lists. Deservedly so, yet this music will still sound great decades from now!

For more information, go to editionrecords.com/releases/crosscurrents-good-hope/. 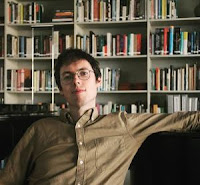 Pianist James Hill is a rising star in his native Canada, playing in the Autobahn Trio and as a member of BABBADNOTGOOD (BBNG).  Drummer Ian Wright is also a member of Autobahn. Bassist Rich Brown not only leads his own groups but is also a producer – he's also played with saxophonists Steve Lehman and Rudresh Mahanthappa plus keyboardist Andy Milne's Dapp Theory.  Several years ago, Hill took a break from his various projects to visit Sáo Paulo, Brazil, to visit his partner's family who live in a section of the city known Higienópolis (translated as "healthy city"). While there, he wrote a lot of music and decided he wanted to record it with Wright and Brown.  All three had played together in the bassist's Abeng group and Hill felt his new music would work with these musicians. 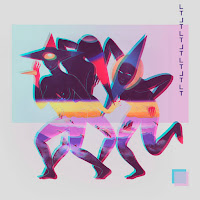 The trio, known as Local Talent, has just issued its debut recording, "Higienópolis" and it appears on the pianist's Project Whatever Recordings label.  Hill plays an array of keyboards (acoustic piano, Fender Rhodes, synths) with Brown sticking to electric bass.  The music blends ideas and sounds influenced by electric Chick Corea, Robert Glasper, Josef Zawinul, as well as British progressive rock of the 1970s and 80s, putting it all in a blender and coming up with music that is melodic, rhythmical, exciting, funky, and forward-thinking.  Listen to the track below; the thick sounds of the Rhodes and Wright's drums are underpinned by Brown's fluid bass lines.  His solo is quite melodic while the drums pound and Hill's various keyboards add color.

The album opens with the title track. There's a lot that goes on from the acoustic piano opening to the fluttering synths to the speedy mart drumming, stops and starts.  That's followed by "....Intro To", a short piano, synth, and drum rubato piece that builds up to a loud synth loop that stops suddenly when "The Silent Cry" begins with a handsome, classically inspired, piano melody begins.  The synth loop that closed the previous returns, the bass and drums enter. Hill moves into a piano solo with layers of synth adding colors. 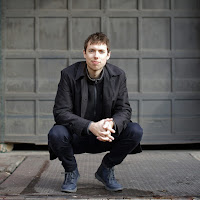 The closing track, "Blue Rainbox", is a ballad that could have been influenced by Pink Floyd.  Staring with what sounds like a mellotron, Brown has an impressive, richly melodic, solo that takes up a portion of the piece. The piece begins to build up but, instead of reaching a resolution, the sound becomes compressed until the music stops.

Local Talent is a fascinating project, full of promise and concepts to be built upon. These three fine musicians have the ability to "grow" their music by taking the show to an audience, playing with the material, adding new ideas, creating more of a group sound. "Hiegenópolis" is certainly a strong start and worth exploring.

For more information, go to www.projectwhatever.com.

Here's a taste of the trio's sounds: