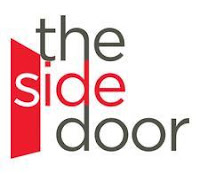 The Side Door Jazz Club in Old Lyme CT maintains an amazing schedule of top quality concerts, basically, 50-51weeks a year.  Manager Rich Martin and owner Ken Kitchings make the musicians feels at home and the intimate club setting means there is not a bad seat in the house. The sound system is excellent plus the piano is always in tune.  It's a wee bit off the "beaten path" but, once you have been there, you'll beat a path back. Along with Firehouse 12 in New Haven (open six months a year), The Side Door can satisfy even the fussiest of listeners. 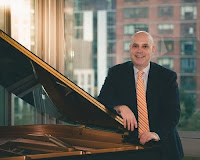 On Saturday January 25, The Side Door welcomes pianist Larry Fuller and his Trio (bassist Vincent Dupont and drummer Jason Tiemann) for two sets that will undoubtedly swing – that's what Mr. Fuller does so well (although his ballads have plenty of heart).  Thanks to a suggestion from drummer Jeff Hamilton, he got a gig with vocalist Ernestine Anderson who liked him so much she made Fuller her musical director.  He then joined Hamilton's Trio and, in 2000, went on to play with legendary bassist Ray Brown; in fact, he was the final pianist to tour with him.  Several years after Brown's passing, Fuller joined guitarist John Pizzarelli's band where he was a mainstay from 2005-13.  Since then, he signed a contract with Capri Records who issued his Trio album in 2014. 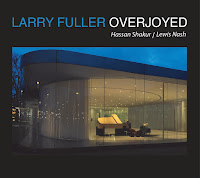 In May of 2019, Capri issued "Overjoyed" featuring Fuller alongside drummer Lewis Nash and bassist Hassun Shakur. Listening to pieces such as the opener "Fried Pies" (from the pen of Wes Montgomery) and Fuller's own "The Mooch", one can tell that the pianist has absorbed the styles of Mulgrew Miller, Harold Mabern, and Phineas Newborn.  Check out Stevie Wonder's "Overjoyed" – Fuller caresses the lovely melody, finding the happiness that comes playing such a handsome song.  Make sure to check out Shakur's fine counterpoint and Nash's delightful cymbal work.  In keeping with the eclectic nature of the program, there is also a lovely reading of Ray Evans and Jay Livingston's "Mona Lisa" which was such a big tune for Nat "King" Cole.  Here as well, the pianist and the bassist mine the melody for rich interactions.

The program also includes a sparkling rendition of Ray Bryant's "Cubano Chant"; the trio hits the ground running and break into quite a fast pace. Another delightful track is the New Orleans-flavored take on "Got My Mojo Workin'" that closes the album.  The piece seems short at 4:37.  They could have played it twice and one would still want to dance along.  Joy indeed!


"Overjoyed" also contains two solo pieces, both ballads.  First up is a lovely "stride piano" reading of George Gershwin's "How Long Has This Been Going On"; one hears a touch of Art Tatum and  Earl "Fatha" Hines in the sparkling runs Fuller creates to accentuate the melody.  "Never Let Me Go", the second cut composed by the team of Ray Evans and Jay Livingston (who remembers that the song was composed for the soundtrack of the 1956 movie "The Scarlet Hour" in which it was performed by Nat "King" Cole) – the music has heart and soul, an oasis of quiet in the midst of the uptempo music.

The album is a delight and well worth your time.  Find it at Amazon, iTunes, and other digital outlets as well as by going to www.caprirecords.com/.

To buy tickets for the January 25 appearance of the Larry Fuller Trio at The Side Door, go to www.eventbrite.com/e/larry-fuller-trio-tickets-87566944087.

To find out more about the pianist, go to larryfuller.com.

Here's the track from "Overjoyed" dedicated to the pianist's wife: