Drummer and composer Johnathan Blake, son of the late violinist John Blake, Jr. (1947-2014), has been a professional musician for over two decades. He has toured with the Tom Harrell Quintet, the Mingus Big Band, and the Kenny Barron Trio - Blake's discography also includes two albums as a leader (Sunnyside and Criss Cross Jazz) and many, many, more (including CDs by Russell Malone, The Black Art Jazz Collective, Omar Vital, and David Berkman).

His third album, a two CD set, is a live date recorded over two nights at The Jazz Gallery in January of 2018 for Jimmy & Dena Katz's Giant Step Arts label.  Dubbed "Trion", the word comes from the study of physics and is defined as "a singlet state from from three atoms of different colors."  In the case of this recording, the three "atoms" are Blake, Chris Potter (tenor saxophone), and Linda May Han Oh (bass).  The drummer has worked with both musicians on numerous occasions and you can hear that in their interactions, their mutual trust, and willingness to put all of themselves into this project.  Both discs open with drum solos - Blake is setting the tone, letting one know these songs are built from the rhythm up.  The next track, "Synchronicity 1" (yes, the Sting tune) opens with an unaccompanied tenor sax solo: once Ms. Oh and Blake enter, the song is taken for quite a ride.  Pay attention to the melodies and rhythm coming from the bass and the drummer's fiery barrage, all of which push Potter to an intense solo.  The bassist plays a hardy solo over insistent drums and, then, then the sax "trades 4s" with Blake.  The next three tracks come from bassists - Ms. Oh's "Trope (Linda Intro)" and "Trope", plus "One For Honor" from the pen of Charles Fambrough which the bassist recorded in 1991 with a band that included Wynton and Branford Marsalis, Roy Hargrove, Kenny Kirkland, and Jeff "Tain" Watts.  Blake, Ms. Oh, and Potter play the piece with tremendous energy with the saxophonist delivering a solo with the thunder of John Coltrane. Blake's "No Bebop Daddy" closes disk one. It's quite a melodic journey for the bassist and saxophonist while the drummer dances below them.

After the delightful drum statement "Bedrum" opens disk two, the trio takes a wild ride through Potter's "Good Hope."  When this piece gets going, with the pounding drums, the rhythmic sax line, and Ms. Oh's solid bass, it's hard to sit still. There's definitely an African feel to this song and Blake takes advantage, telling his own story as he travels around his kit. Potter digs in on Charlie Parker's "Relaxing at the Camarillo", sounding more like Sonny Rollins and certainly not in a "relaxed" mode.  The bass and drums swing the daylights out of this track. The piece, actually the band's encore, was unplanned.  The drummer pays tribute to his father with "Blue Heart", a previously unrecorded from the elder Blake. The trio makes sure to pay attention to the melody, building both the tenor and bass solos from the handsome tune.  Disk two closes with the leader's "West Berkley St.", a real treat with its soulful melody (sounds like a melding of Smoky Robinson's easy style and Felix Cavaliere's "Groovin'"), is a showcase for Potter's tasty tenor (dig his quotes from other tunes).

Listening to "Trion" is like sitting in the front row of The Jazz Gallery. The excellent sound quality and these superb performances reminds one of the power of creative music and improvisation, especially in a live session.  Johnathan Blake, Chris Potter, and Linda May Han Oh play with fire and delight.  And, this set is all about playing (in all the positive senses of the word).  Johnathan Blake continues to grow as a musician, composer, leader, and human being.  Play it loud and enjoy!

For more information, go to www.johnathanblake.com. 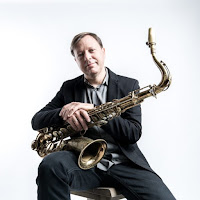 After three albums on ECM, Chris Potter moves to Edition Records for his latest album.  The title "Circuits" is your first hint that this will be a much different aural experience.  Look at the credits and you'l see that besides tenor and soprano saxophones, clarinets, and flutes, Potter also contributes keyboards, sampler, guitar, and piano.  He's joined by James Francies on piano, organ, and synth, Linley Marthe (electric bass on four tracks), and drummer Eric Harland. The drummer, a native of the Houston, Texas, music scene as is the 24-year old Francies, really is the heartbeat of this music. Combined with Potter's melodies and the various keyboards, this is one of the better "fusion" albums I've heard in a while. 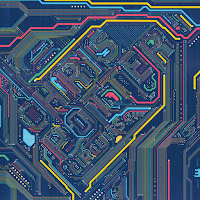 With the addition of Marthe (who played with Joe Zawinul in his later years), this music hearkens back to the Austrian-born keyboard master's music as well as Wayne Shorter's fusion albums from the 1990. Potter's music actually has a deeper groove.  Listen to "The Nerve", dig the Middle-Eastern feel, especially at the opening with the overdubbed flutes but don't ignore the elastic electric bass lines and Francies's delightful piano solo.  There's a hint of Jimmy Guiffre in the unaccompanied bass clarinet opening of "Kuotomé" and a delightful sensuality in Marthe's bass lines and percussion.  Again, the leader overdubs flutes to flesh out the melody lines.  The bassist also appears on the title track, a piece that roars out of the speakers and surges forward on a rhythmic melody line (note the bass clarinet holding down the bass line as Marthe dances along with the keyboard).  Potter and Harland engage in a delightful give-and-take during the leader's solo.  After those two raise the temperature, the drummer and Francies spar and party as the latter unleashes an excellent synth solo.

Potter moves to soprano saxophone for "Queens of Brooklyn", a lovely ballad where the leader's bass clarinet plays the counterpoint.  The melody then is taken up by multiple flutes (note the dynamic cymbal playing) before the soprano retakes the lead.  But, this group seems to be "built for speed" as the next tune, "Exclamation", illustrates.  Here, the saxophones and layered synths play a rapid-fire melody a la Charlie Parker while Marthe and Harland parry beneath.  For the tenor solo, the rhythm section - minus Francies - go all out, creating an intensity that is breath-taking and gooses Potter higher and higher.  The electric piano enters adding more fire to this inferno, leading to an amazing synth solo. The buildup to the finish just might shatter glass.

The album closes with "Pressed For Time": just listen to the incredible pace that Harland sets - nothing fancy, mind you, just a beat that is so irresistible you can't get enough. Again, the drummer's intensity give the leader the power to unleash a solo that dives and roars, wailing away but never losing control.  Francies's solo gives Harland license to go in several different directions, playing with the beat and how he accents them.  Have to say, I was laughing at the sheer audacity of how far the trio is able to take this music. And, when it's over, you want more. While the music is not "free", the joy of this sound, this band, is freeing. Freeing for the musicians and for the attentive audience.

"Circuits" is a treat for those who love music with muscle, an intelligently arranged and orchestrated program that succeeds because the solos and the interactions keep the listener at the edge of his/her seat.  The album is an impressive showcase for Chris Potter: his decision to include Eric Harland, James Francies, and Linley Marthe proves he's always moving forward, not one to settle into a genre or a groove.  We are the lucky ones - we get to enjoy the fruits of his ideas and their labors.

For more information, go to editionrecords.com/releases/chris-potter-circuits/.