Composer, arranger, educator, and pianist Jim McNeely is one of the busier people in jazz.  Currently, he serves as music director for the Frankfurt Radio (HR) Big Band and teaches at both the Manhattan School of Music (NYC) and William Paterson University in New Jersey.  He has played and composed for the Thad Jones-Mel Lewis Orchestra which became the Mel Lewis Jazz Orchestra (after the drummer's death, the organization became the Vanguard Jazz Orchestra). He toured with Stan Getz plus had tenures leading the Danish Radio Big Band and the Swiss Jazz Orchestra. 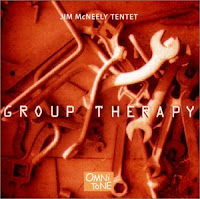 Jim McNeely brings the 2019 version of the Tentet to Wesleyan University's Center for the Arts/Crowell Concert Hall this Saturday as the featured group for the Wesleyan Jazz Weekend. The concert begins at 7:30 pm. The festivities open the night before with a free concert featuring the Wesleyan Jazz Orchestra, Jay Hoggard director, and the Wesleyan Jazz Ensemble, Noah Baerman director. The WJO will also open Saturday's show.

For tickets and more information, go to wesleyan.universitytickets.com/w/event.aspx?id=2924&p=1.

Give a listen to an interview with Mr. McNeely, Jay Hoggard, and CFA Director of Arts Communication Andy Chatfield. 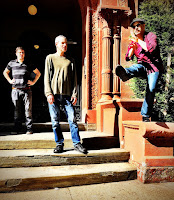 Brian Charette, a native of Meriden, CT, returns to the state Saturday with his "electric" trio Kürrent to play two sets at The Side Door Jazz Club in Old Lyme. Charette and Kürrent - Jordan Young (drums) and Ben Monder (guitar) - released its debut album in July of 2017.  The "fusion-jazz" recording, with Charette on organ, synths, electric keyboards, was a departure from his organ trio recordings on Posi-Tone and his Sextette disks for SteepleChase.  Young and Charette are old friends and musical partners so the drummer is not afraid to challenge the leader to "go for it."  Monder, who plays such tasty accompaniments, steps out now and then to great effect; he does not always "shred" yet there is great energy in his playing. 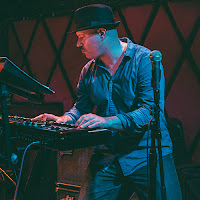 For the Old Lyme gig, Vic Juris steps in for Monder bringing his own delightful take on jazz guitar.  Juris, who has worked alongside Dizzy Gillespie, Jimmy Smith, Sarah Vaughan, Nancy Wilson, and Dave Liebman, has recorded numerous albums as a leader and sideman for SteepleChase including the organist's collaboration with tenor saxophonist George Coleman.  He plays with both power and elegance so he should fit right in with Charette and Young.

To learn about Brian Charette, go to www.briancharette.com.