Percussionist and educator Alejandro Coello, a native of Léon, Spain, has made quite a mark on the European music scene. By the age of 23, he was on the faculty of the University Franz Liszt in Weimar, Germany as well as performing in concert halls with classical, electronic, and jazz ensembles.  In 2017, he played with guitarist Diego Barber, drummer Eric Harland, and bassist Ben Williams on the guitarist's Sunnyside release, "One Minute Later", a splendid collection of songs influenced by the writing of Federico Garcia Lorca. Coello has also recorded with classical guitarist Ricardo Gallen as part of the Ensemble Iberoamericano. 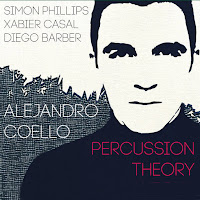 Coello's debut as a leader, "Percussion Theory" (Sunnyside Records), finds him in the company of drummer Simon Phillips (on three tracks), classical artist Xavier Casal (alto saxophone, baritone saxophone - three tracks), and guitarist Barber (one track.  Art Government Percussions, a nine-member ensemble that Coello created with professionals and his own students, appears on four tracks.  The music is flat-out fascinating, quite melodic and adventurous, and such a intelligent of sounds.  The leader wrote all the material save for the album closer "Kilian's Mountain", which Barber composed and first recorded on his "Tales" sessions with pianist Craig Taborn (2014 release on Sunnyside).

And what an eclectic program this is.  Check out the sample below.  "9th Street Espresso" is a playful dance, filled with mallet instruments, Casal's airy alto sax, Coello's percussive piano, and Phillip's rock-solid drumming.  Following is the more introspective "Xochitl": this time the alto sax, vibraphones, and marimbas are supported by the leader's percussive piano. The piece is episodic with an expanding melody and light sounds from the alto sax yet, in the middle of the song, notice the bells chiming in the background like church in the distance on a clear Sunday morning.  "Denial State (Music for a Short Film)" is a soundtrack Coello composed and re-recorded for this album. Casal's alto sax leads the way over the vibes and marimba plus Coello's occasional "The Sorcerer's Apprentice"-like piano figure.  The music opens up in the middle with the percussion floating on the edges of the sound spectrum and the more powerful alto sax. Barber joins Coello on "Malpaises", the percussive and rhythmic guitar figure in a conversation with the leader's marimba.  The nylon string guitar and the wooden marimba combine to create a lovely sound sculpture.

"Percussion Theory" is quite the aural journey.  At times, there are hints of Oregon, of Steve Reich,   electronica, Brazilian rhythms, and so much more.  Alejandro Coello, a mature musician and composer at 27, is opening doors into a sound world that seemingly has no barriers.  Where he goes should be a continual journey of discovery!

For more information and education, go to alejandrocoello.com.

Vocalist and composer Ashley Daneman first came to my attention with the release of 2015's "Beauty Indestructible." What stood out on initial listenings, and still does, is the 'presence"of her voice in every song and how it feels singing to you and you alone.  Growing up listening to both Ella Fitzgerald and Joni Mitchell, Ms. Daneman developed a supple voice. She knows how to use repetition in her lyrics and vocal rhythms to get her point across without being overbearing. 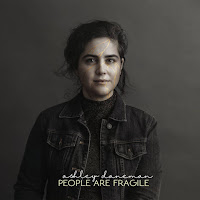 Her new album "People Are Fragile" (Flood Music) features a dynamite group of musicians, many of whom ply their trade in Chicago.  The drum duties are split between Quinlan Kirchner and Makaya McCraven while Rob Clearfield (piano, Wurlitzer, organ) and Andrew Vogt (electric bass) appear on all but two tracks. Pianist Rufus Ferguson appears on the two Gospel traditionals, "Sometimes I Fell Like a Motherless Child" and "Deep River"  - both are quite moving performances, especially the latter track with the vocalist's multi-overdub choir in full voices.   Matt Gold adds guitar or pedal steel to five tracks while percussionist Kevin Bujo Jones joins the band on DuBose Heyward/George Gershwin's "My Man's Gone Now."

What was attractive about her previous recording - her voice, songs, and musicality - are stronger here, especially her vocals.  In the promotional material, Ms. Daneman cites the influences of Joni Mitchell and Laura Mvula:  that is most obvious in how the vocals are stacked, the melody lines, and her voice "moves on tracks such as the opener "I Alone Love the Unseen in You", "Pictures in the Atmosphere", "The Feeling of Heavy", and "When You Break."  On that last track, it's also the openness of the music, the combination of keyboard, pedal steel, and the elastic bass lines. Like Ms. Mitchell, these songs and the voice sound as if they were written for the individual listener, as if the composer was looking into your heart, your mind, your life.  And you hear the afore-mentioned Laura Mvula in the delivery of different lines on various tracks. Plus, there are also traces of Lizz Wright in the ways Ms. Daneman sings about spirituality. 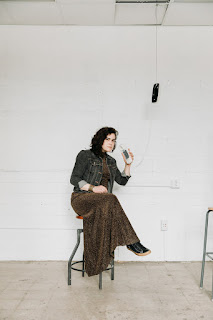 The simple joys, the religiosity, and the appreciation of creativity that made "Beauty Indestructible" so enjoyable, are expanded upon here. There's the "Johnny Cash" rhythm on the Gospel-inflected "Shake It All Down" (great brush work from Kirchner as well as Gold's exciting guitar). That song is placed before the "sturm und drang" of "Daddy's Gonna Die Soon", a short (1:39) and angry scree which leads into the soulful prayer "Deep River."  By the time you reach the final track "Recall", you will be moved by the love, by the mystery of the composer's experiences, whether it be childbirth, her life as a professional musician, her deep belief, and her observations of what looks like a world gone mad.

"People Are Fragile" is a true observation of our modern "lives". One can easily be broken by tragedy, by inequality, racism, sexism, rage, and, more and more, indifference.  But Ashley Daneman offers the listener solace, a respite from madness (save for the anger that permeates "Daddy's Gonna Die Soon" which, I'm sure, must have been cathartic for the performer), and the knowledge that one is not really alone in this world (unless you so choose).  Listen to this songs, be open to the messages, and enjoy the voices and wonderful musicians.

For more information, go to www.ashleydanemanmusic.com. 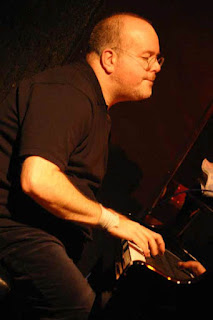 Pianist, composer, and educator David Berkman is a fascinating person and musician. He has traveled the world, playing and teaching, while also supporting and/or recording with artists such as bassist Cecil McBee, trumpeter Tom Harrell, and the Vanguard Jazz Orchestra - his list of sideman gigs could fill several pages.  he is a charter member of the New York Standards Quartet (NYSQ) with recordings on Whirlwind Recordings and Challenge Records.  For the past two decades, Berkman has led recording sessions, mostly for Palmetto Records plus a self-released solo piano album and a live Quartet session on SmallsLIVE. 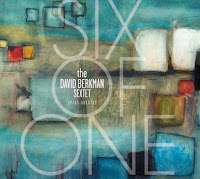 "Six of One" is the group's second recording for Palmetto Records and adds percussionist Rogerio Boccato plus tenor saxophonist (and NYSQ member) Tim Armacost. The 10-song program features all Berkman originals, only one previously recorded tune ("Blue Poles" from 2000's "Communication Theory").  From the opening moments of "Blowing Smoke", the band is fully involved.  The majority of the songs have well-developed melodies which gives the soloists a lot to work with. Lightcap and Salters really makes the music swing.  The following cut, "Cynical Episode" (yes, a political statement) is driven by Kolker's bass clarinet and Salters's exciting drum work. Stephens steps on EWI before turning over the spotlight to Berkman who really gets pushed forward by the drums (also, dig the double bass lines from Lightcap and the EWI plus Bocatto's solo right at the close of the piece). 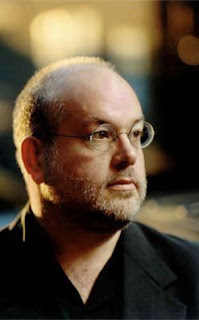 The delightful "Billy" was composed for Mr. Drewes and he gets to play the melody as well as the first solo.  The alto saxophonist gets to dance over the rhythm section before yielding to the composer for his piano spot and Stephens on tenor sax. Kolker (soprano), Drewes (alto sax), and Armacost (tenor sax) each get the spotlight on the appropriately titled "Kickstopper" - listen as well to how the rhythm section swings the devil out of this tune. The next two tracks, "Shitamacri" and "Restoration", have a Japanese connection with both songs inspired by areas of Tokyo (where the pianist goes just about every summer). The former track blends the two clarinets with Stephens's tenor juxtaposing quiet sections with more driving sounds.  The latter opens with solo piano (quite bluesy actually with a hint of Billy Joel): Kolker (soprano) and Stephens sharing the melody line and having a "conversation" as they solo togeth

Since his 1998 debut ("Handmade"), David Berkman has shown a knack for writing excellent ballads.  On this album, it's "Sincerely." Armacost and Drewes (alto) share the solo spotlight also playing the lovely countermelody at the close of the piece.

If you are a fan of intelligent, well-played, and smartly-arranged music, "Six of One" is definitely one for you. David Berkman is not only a fine composer but also an excellent pianist.  Enjoy!