No personal reflections this time, just continuing my survey of the music that moved me the most over the past 12 months. This part of the list included recordings I did not post reviews for. 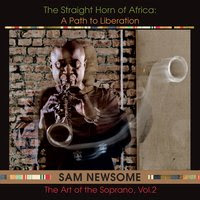 Technically speaking, this album came out in late 2014 and technically speaking, it's quite brilliant.  Over the past decade, Sam Newsome has concentrated his efforts on the soprano saxophone, releasing a series of solo albums that stand out for their brilliance, audacity, and sheer musicality.  So it is with "The Straight Horn of Africa: A Path to Liberation" (Some New Music), 21 tracks, many of them overdubbed, where the saxophonist creates percussion by clicking the keys in ways that suggest drum choirs. It was such fun to return to listen to this music again, fun to have one' breath taken away track after track.

For more information, go to www.samnewsome.com. 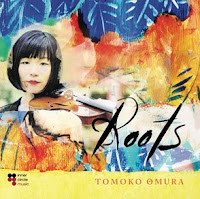 Violinist, composer and arranger Tomoko Omura released "Roots" (Inner Circle Music) early in 2015 and the music resonates with me still. Employing a great ensemble including Glenn Zaleski (piano, keyboards), Colin Stranahan (drums), and Noah Garabedian (bass) plus guitarist Will Graefe on 8 tracks. Ms. Omura reimagines pieces from her native Japan in ways that honor their original intent while giving the new life.  And, there is such of a sense of "serious play" on these cuts.

For more information, go to www.tomokoomura.com.

The new recording from vocalist and multi-instrumentalist Jen Shyu is a dazzling display of creativity and musicality that also defies categorization.  Let's just say you'll not hear a more dynamic and dramatic album than "Sounds and Cries of the World" (Pi Recordings) - you may hear some that are its musical equal (Mycale, Bjork) but not as powerful. She makes brilliant use of her band - Ambrose Akinmusire (trumpet), Mat Maneri (viola), Thomas Morgan(bass) and Dan Weiss (drums) - while making you return time and again to hear how she uses her voice nd instruments.

For more information, go to pirecordings.com/album/pi61. 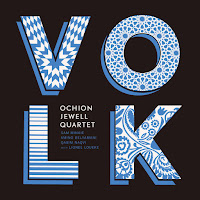 Saxophonist and composer Ochion Volk and his Quartet -  pianist Amino Belyamani (Dawn of Midi), bassist Sam Minaie (Tigran Hamasyan), and drummer Qasim Naqvi - released his 2nd CD this year and it's a jewel. The interplay of the musicians (guitarist Lionel Loueke appears on several cuts), the creativity of the compositions and fact that the musicians serve the music and not just show how well they can play, all that and more makes this a standout CD.  I would love to hear this band live just to get lost in this creative experience.

For more information, go to www.ochion.com. 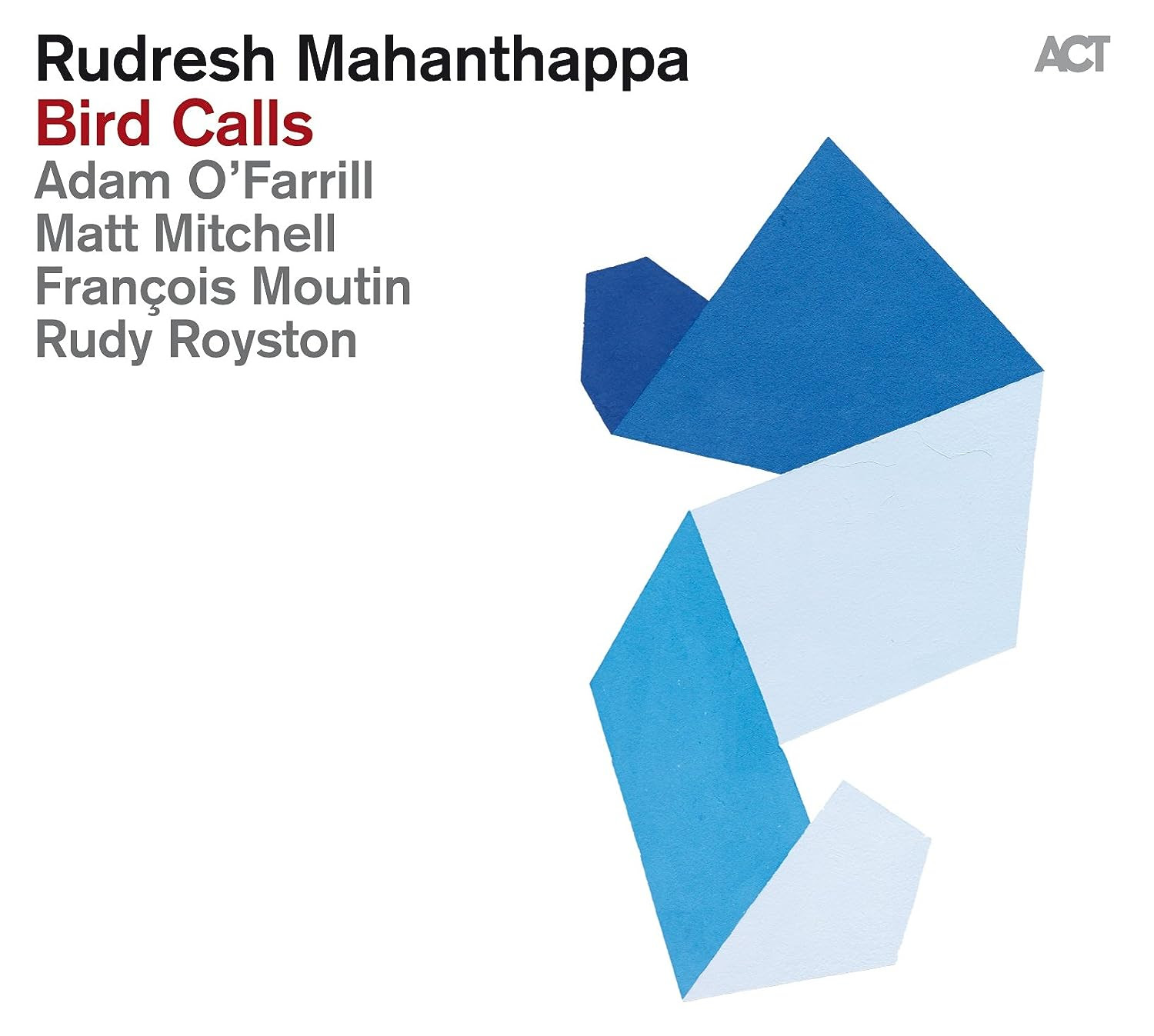 The latest hit from alto saxophonist Rudresh Mahanthappa has its roots in 2 musical areas, those being the intricate rhythms of South Indian music and the saxophone language developed by Charlie Parker. Performed by a band that boasts the fiery rhythm section of François Moutin (bass) and Rudy Royston (drums - he shows up again below), the agile piano work of Matt Mitchell and the brilliant trumpet playing of Adam O'Farrill, this music is an often joyous blend of dexterity, rhythmic complexity and melodic playfulness.

For more information, go to rudreshm.com. 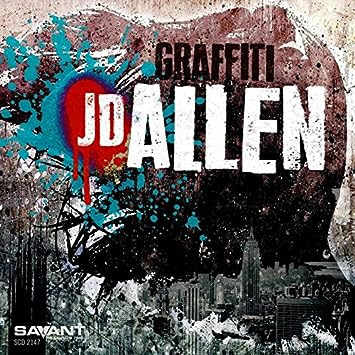 Speaking of Mr. Royston, his work with tenor saxophonist JD Allen is how listeners first heard his dynamic drumming.  After a pair of Quartet recordings, Mr. Allen returned to his Trio (bassist Gregg August is the important third member) he formed in 2007 to create "Graffiti", perhaps the bluesiest and most melodic recording  he has released in his career.  Yes, there's a bow to the classic Sonny Rollins Trio recordings of the 1950s but this recording serves to remind us of how revolutionary the elder tenor player was in his youth and this style is far from being tired and old.

For more information, go to www.jdallentenorsaxophonist.com.

Going back to listen to "Synovial Joints", the 2015 Pi Recordings album from Steve Coleman and the Council of Balance, I am reminded of how many different styles of music the alto saxophonist, composer and arranger dips into to create his music and just how seamlessly he does it. Utilizing the great rhythm section of Anthony Tidd (electric bass) and Marcus Gilmore (drums) plus the splendid voice of Jen Shyu (see above), trumpeter Jonathan Finlayson, guitarist Miles Okazaki, a string quartet, 3 additional brass players, 3 additional reeds, and 3 percussionists, t is stunning how clean, clear, and insistent this music is.

For more information, go to pirecordings.com/album/pi57. 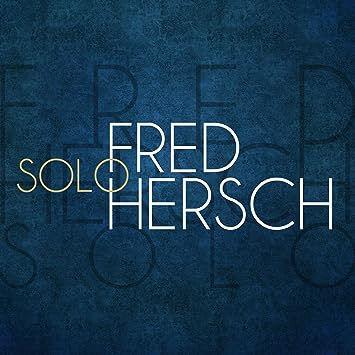 In a world filled with masterful pianists, Fred Hersch is certainly one of the finest.  Whether in front of his Trio or a larger ensemble, his lyricism and creativity is, at many turns, quite amazing.  This year, he gave us "Solo" (Palmetto Records) and, once again, the listener is whisked away from the mundane and everyday to bask in the glow of a consummate performer. Whether it's his original music or one of his joyous forays into the land of Thelonious Monk, Mr. Hersch always gives the listener much to chew on.

For more information, go to www.fredhersch.com.

Speaking of masterful pianists, Myra Melford dropped "Snowy Egret" (both the name of the group and its recording from ENJA) during the year. With a band that includes such great players as Ron Miles (trumpet), Liberty Ellman (guitar),  Stomu Takeishi (bass guitar) and Tyshawn Sorey  (drums), the composer gave us music that, like Mr. Coleman's and Ms Shyu's, is multi-directional, challenging and quite satisfying.

For more information, go to www.myramelford.com.

No one was busier this year than pianist Matthew Shipp, showing up as a sideman on several CDs, co-leading others and releasing, arguably, his most impressive Trio recording in his career.  "The Conduct of Jazz" (Thirsty Ear) is contemplative, feisty and filled with, at a number of turns, impressive interplay between the pianist, long-time associate Michael Bisio (bass) and the Trio's new member, drummer Newman Taylor Baker.

For more information, go to www.matthewshipp.com.

The final group of favorites will be posted next week - in the meantime, live life to the fullest by going out to support live music in your community and state!