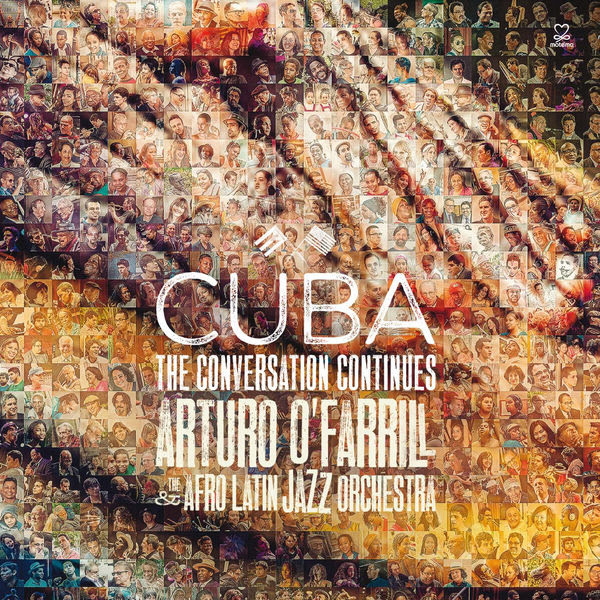 So much of American music is influenced by rhythms of the African diaspora, especially those developed in the Caribbean and South America. At this point in time, no one is more adept at capturing the attention of audiences around the US and world than arranger, composer, and pianist Arturo O'Farrill. In 2014, his brilliant CD "The Offense of the Drum" (Motema Music) was a musical history lesson filled with stories, rap, rhythm and great interplay.  Later that year, O'Farrill and his Afro Latin Jazz Orchestra were in Cuba preparing to record his latest project "Cuba: The Conversation Continues" (Motema Music) when President Obama announced the normalization of relationships between the island nation and the United States.  The recording was made less than 48 hours later; the result is both a celebration of the musical heritage and a showcase for how the music has developed from the days when Xavier Cugat's Orchestra danced its way into the movies and nightclubs and Chano Pozo electrified audiences with Dizzy Gillespie.

For more information, go to motema.com/releases/cuba-the-conversation-continues/. 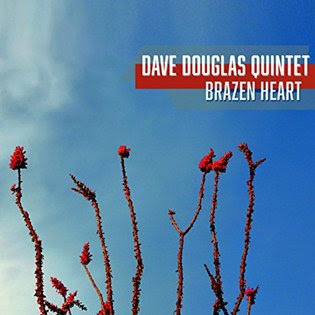 Trumpeter and composer Dave Douglas had yet another busy musical year, culminating in a 4-day run at The Jazz Standard with his most recent Quintet. He had initially convened the group - Jon Irabagon (tenor sax), Matt Mitchell (piano), Linda Oh (bass) and Rudy Royston (drums) - to record "Be Still" (Greenleaf Music), an album dedicated to the trumpeter's mother with ballads and hymns she requested be play at her funeral (the album also included the vocals of Aoife O'Donovan).  At the same time, the Quintet recorded "Time Travel", an impressive set of instrumental pieces.  This year, the Quintet released "Brazen Heart", a collection of songs that not only point to the influence of Mies Davis's mid-1960s classic Quintet but incorporates rhythms and melodies that sound contemporary.  The energy and musicality of this group is undeniable.

For more information, go to www.greenleafmusic.com/brazen-heart/. 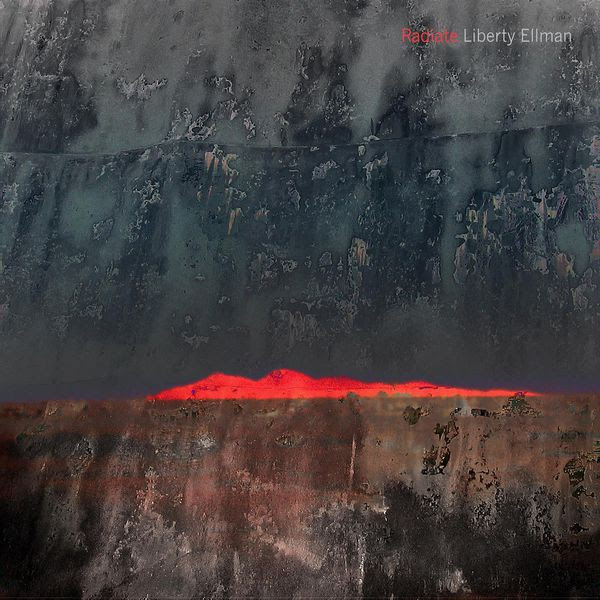 Speaking of busy people, guitarist, composer, engineer and mix Master Liberty Ellman issued his first recording in 9 years.  "Radiate" features the talents of Stephan Crump (bass), Jose Davila (tuba, trombone), Damion Reid (drums), Steve Lehman (alto saxophone) and Jonathan Finlayson (trumpet). One hears a harder edge in the guitarist's playing than usually displayed on his work with Mr. Threadgill's Zooid and Mr. Crump's Rosetta Trio yet there is such an impressive soulfulness to his playing as well. The rhythm section of Davila, Crump and Reid is brilliant throughout plus the combination of Lehman and Finlayson adds spice to the overall sound.

For more information, go to pirecordings.com/album/pi60. 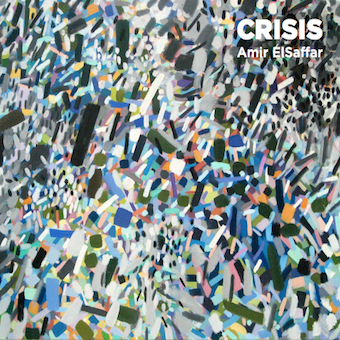 Whereas Arturo O'Farrill has mined the traditions of the African diaspora and Dave Douglas has delved into the folk traditions of Appalachia, trumpeter, vocalist, composer and santur player Amir ElSaffar has explored his family's roots in Iraq.  This year, Pi Recordings issued "Crisis", a stunning exploration of Middle Eastern music (no doubt influenced by the time the composer spent in Egypt and Lebanon in 2013 during the months of political and social upheaval. Composed for and performed by ElSaffar's Two Rivers Ensemble - Nasheet Waits (drums), Carlos DeRosa (bass), Tareq Abboushi (buzuq, a Persian string instrument related to the Greek bouzouki and Turkish saz), Zafer Tawil (oud, violin, qanun - a Persian zither - and Arab percussion), and Ole Mathisen (tenor saxophone), "Crisis" is filled with dazzling rhythms (Mr. Waits at his finest), splendid solos and emotionally rich vocals.

For more information, go to pirecordings.com/album/pi59. 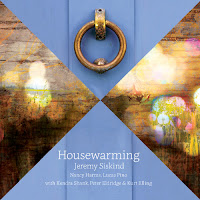 Over the course of 3 CDs, pianist and composer Jeremy Siskind has shown he is enamored of emotionally rich melodies, lyrical poetry, and connecting with audiences on a personal level. His latest album, "Housewarming" (BJU Records) features the trio of Siskind, Nancy Harms (vocals) and Lucas Pino (reeds) plus contributions from vocalists Kendra Shank, Kurt Elling and Peter Eldridge. The results are not only charming but also intelligent, mature, and intimate.

For more information, go to www.jeremysiskind.com/music/housewarming/. 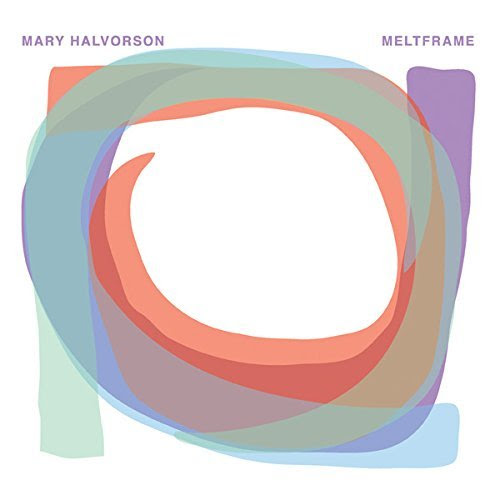 Guitarist Mary Halvorson seems to be as busy as Dave Douglas with her work as a bandleader plus her regular gigs with drummer Tomas Fujiwara, reed master Anthony Braxton, trombonist Jacob Garchik, bassist Michael Formanek and saxophonist Ingrid Laubrock (I'm sure I missed a few).  2015 saw the release of Ms. Halvorson's first solo CD "Meltframe" (Firehouse 12 Records), a fascinating collection of songs and sounds that illuminates the guitarist's myriad influences and just how original her work is. There is intensity as well as gentleness on this program of standards  (such as Duke Ellington's "Solitude" and McCoy Tyner's "Aisha") and works by her contemporaries (bassist Chris Lightcap and Noël Akchoté).

For more information, go to firehouse12records.com/album/meltframe. 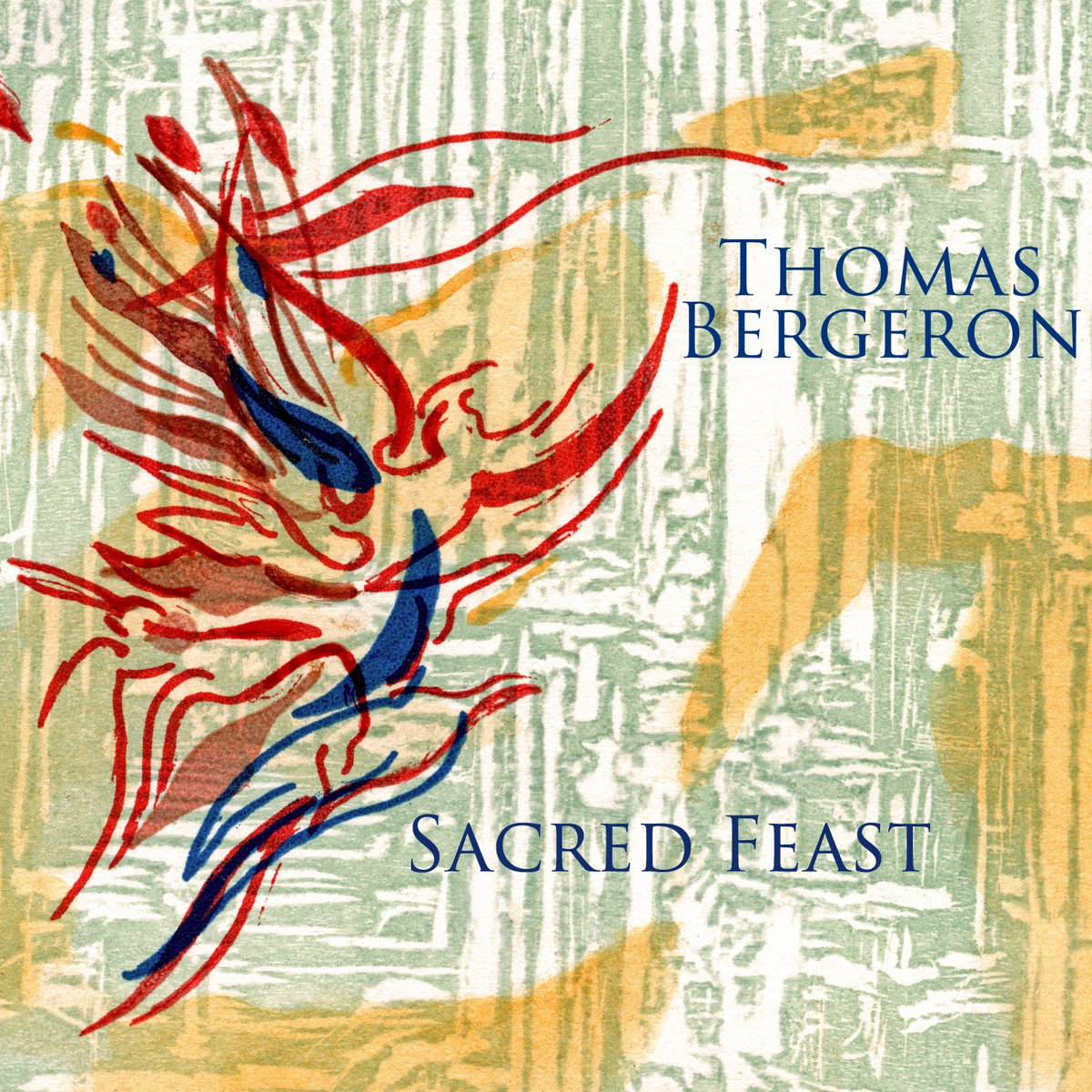 Since the days of Louis Armstrong 's youthful (and lifelong) infatuation with opera, contemporary musicians have turned to classical music for inspiration. Enter trumpeter Thomas Bergeron: his 2nd CD as a leader, "Sacred Feast" (self-released) blends the fertile imagination of Olivier Messiaen (1908-1992) with Bergeron's own take on modern music. His ideas and sketches are interpreted by the fine ensemble of Satoshi Takeishi (drums, percussion), Michael Bates (acoustic bass).  Hannah Collins (cello), Jason Ennis (guitar), vocalist Becca Stevens and the atmospheric accordion/piano of Vitor Gonçalves.  The music is both intimate and expansive, leading the listener down unexpected yet entertaining paths.

For more information, go to thomasbergeron.bandcamp.com/album/sacred-feast.

My students often point to artists such as Nas, Tupac Shakur, J. Cole and Kendrick Lamar and tell me (rightfully) that these artists are contemporary social commentators. The link between the modern rappers and artists such as Curtis Mayfield and Marvin Gaye (in his "What's Goin' On" days) was Gil Scott-Heron (1949-2011) who sang about issues in the 1970s and 80s that still plague the United States to this minute.  Vocalist Charenee Wade joined forces with producer Mark Ruffin plus the musical talents of  Brandon McCune (piano), Dave Stryker (guitar), Lonnie Plaxico (bass) and Alvester Garnett (drums), plus guests vibraphonist Stefan Harris, Malcom-Jamal Warner (spoken word), Marcus Miller (bass clarinet) and especially Ms. Lakecia Benjamin (alto saxophone) to create "Offering: The Music of Gil Scott-Heron and Brian Jackson" (Motema Music).  This potent combination of musicality and poetry, honesty and lyricism breathes new life into the original versions plus illuminates the power of social commentary. The entire package is pulled together by Ms. Wade's dramatic, emotional and lyrical voice.

For more information, go to chareneewade.bandcamp.com/releases. 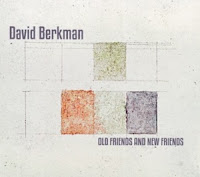 I've been a fan of pianist David Berkman since I first heard him play on bassist Cecil McBee's 1997 Palmetto CD "Unspoken" - he's a lyrical, thoughtful, player who's not afraid to create emotional music as well as swing mightily (note his work with the New York Standards Quartet). His latest CD - a return to Palmetto - is "Old Friends and New Friends" features the fine ensemble of bassist Linda Oh, saxophonist (soprano, tenor) Dayna Stephens, Brian Blade (drums) saxophonists Adam Kolker (soprano, alto,and tenor plus clarinets) and Billy Drewes (alto, soprano).  What I like as much as the melodic riches throughout program is how one hear that this band is having fun playing together. It's infectious and so enjoyable.

For more information, go to davidberkman.com/music/old-friends-and-new-friends/. 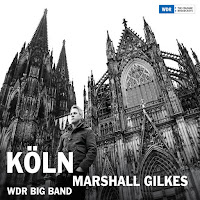 It's a known fact that I love large ensembles and remain amazed how composers and arrangers can think and cat on such a large scale.  Trombonist, composer and arranger Marshall Gilkes, who is a long-time member of the Maria Schneider Orchestra, spent a productive 4 years (2010-13) working with the WDR Big Band. In a wonderful parting gesture, the German organization invited him back in January of 2014 for a farewell concert.  The resulting studio  album,  "Köln" (Alternate Side Records), shows both the talent of Mr. Gilkes  and the versatility of the big band.  While the music does have, at times, great power and swings with abandon, there are also many delicate passages and intelligent section voicings.

For more information, go to marshallgilkes.bandcamp.com.

"The Silver Lining: The Songs of Jerome Kern" (Columbia Records) is one of those 2015 releases I did not review yet this collaboration between Tony Bennett and pianist Bill Charlap has become an obsession.  The ageless vocalist sounds like he's having a ball, complimented by Mr. Charlap (40 years his junior) whose elegant lyricism is combined with a wonderful penchant for swinging with abandon.  6 of the 14 tracks features musical "brothers" Kenny and Peter Washington (drums and bass) plus several cuts with Mr. Charlap's wife Renee Rosnes joining on piano. The pianos-only cuts are lovely in their intricate simplicity.  Mr. Bennett rarely, if ever, wastes a note while the framework created by the pianists is always on point.  In this time political intrigue and social unrest, Tony Bennett and Bill Charlap, with the words and music of Jerome Kern, remind us of the hope and longing that the great American songwriters of the early-to-mid-1900s brought to the public.

Yes, I missed some great releases but these 3 posts include ones that I keep returning to, finding much to enjoy each time the music flows through the speakers or headphones.  One can argue that music business is in disarray but musicians seem to find a way to get their voices, instruments, and ideas heard.

Merry Christmas, Happy 2016, and let us continue to work towards peace. Thanks for reading.