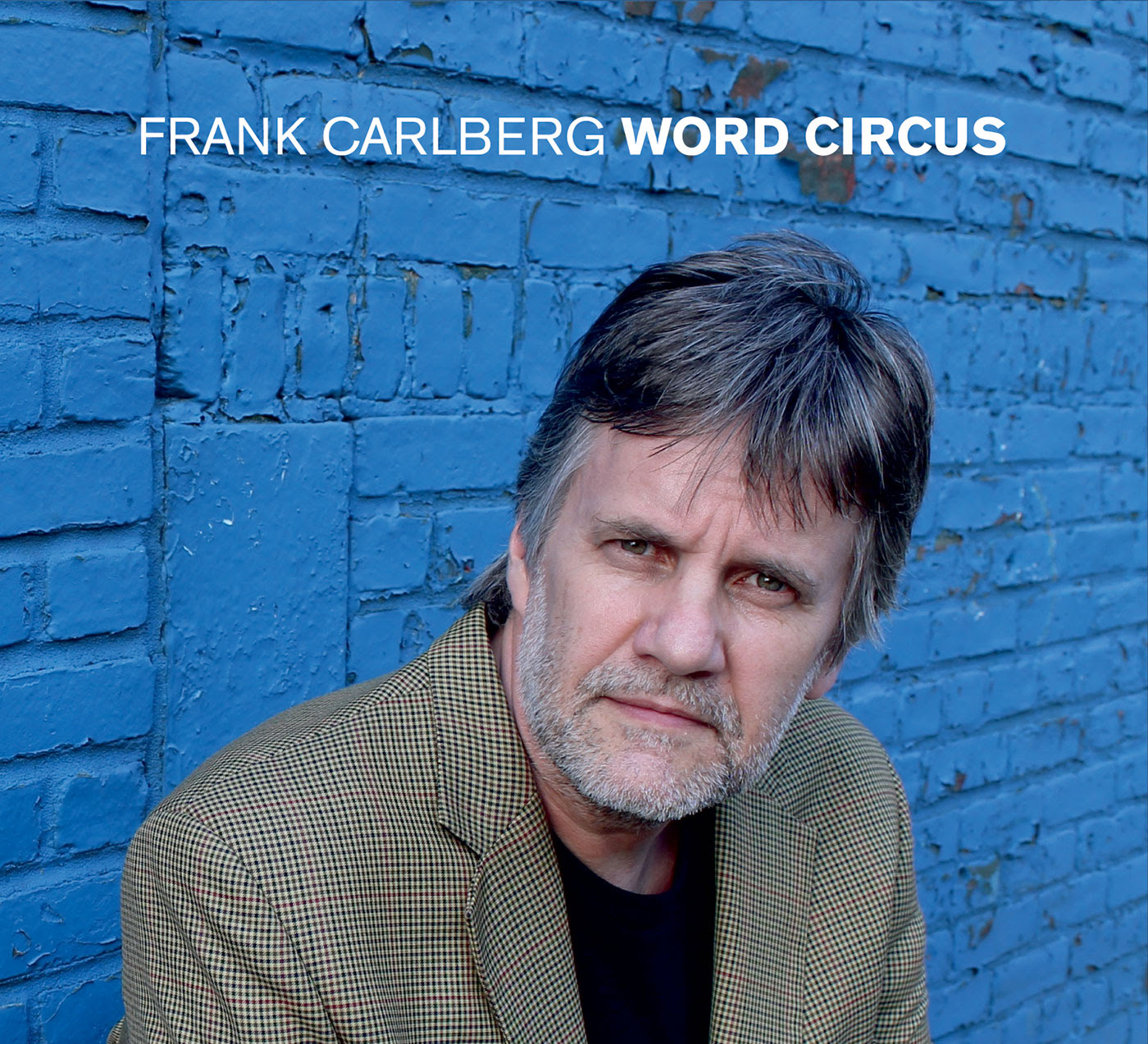 Pianist, composer, and educator Frank Carlberg, is also the founder of Red Piano Records.  Based in Brooklyn, NY, the label has issued a number of impressive CDs over the past 5+ years, many of which feature Carlberg as leader, co-leader or ensemble member.  His own projects are often built around poets, i.e. 2009's "The American Dream", the poems of Robert Creeley set to the pianist's original melodies. His most constant co-conspirators are his wife Christine Correa (vocals) and Michael Sarin (drums).

Both are featured on his latest project.  "Word Circus" sets the words of 4 contemporary poets - Ken Mikolowski, Joe Elliot, Anselm Berrigan, and Ron Padgett -  to an impressive group of melodies.  Rounding out the group are bassist Pascal Niggenkemper and alto saxophonist John Gallagher. There is a minimalist feel to Mikolowki's "Things to Do in a Economic Crisis"; in fact, the title is longer than the body of the poem which reads "Buy low/Sell high."  The music is much more expansive, the funky melody and rhythms supporting Ms. Correa as she plays with the title and the 4 words.  O'Gallagher and Carlsberg share the solo space, pushed along by the forceful rhythms.  Mikolowoski also wrote "Ecology", a ballad on which Ms. Correa caresses the short free-form verse that reads "Some day soon nothing will be made out of wood not even trees." The interaction of the music starts quietly but slowly picks up during the piano solo, a lengthy excursion during which Carlberg moves farther and farther away from the original melody.  The blend of the wordless vocal and O"Gallagher's supporting alto sax lines creates great tension that Sarin picks up on and expands upon before the short, quiet, coda that returns to the poem. (The 10 tracks on Carlberg's 2013 CD "Big Enigmas" all use Mikolowski's poems for its lyrics). 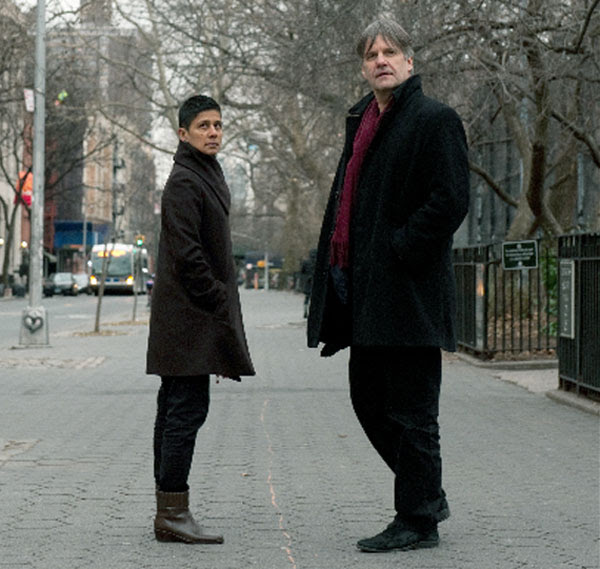 The 2 shortest tracks, "On Some Level" and "Lullaby", both utilize poems by Ron Padgett. The former has a pleasing melody, an honest message and a wonderful counter melody played by O'Gallagher winding in and out of the vocal. "Lullaby" has a similar melody line with ethereal sounds from the saxophone, a musical forest one might encounter in a dream.  The trance-like piano figures and skittering drum sounds (floor toms, snare and cymbals) set a mysterious path for the alto sax and wordless vocal to follow; soon, Ms. Correa returns to the text and the story comes together.

If we use the British meaning of circus (an open circle, square, or plaza where several streets converge), it helps to bring "Word Circus" into better focus.  The different "avenues" of voice, words, melody, and musical interpretation do converge into an "aural" plaza that feels, at times, comfortable and a bit unsettling. The "poetry projects" of Frank Carlberg may remind some of the work Steve Kuhn and Sheila Jordan created for ECM (specifically 1979's "Playground") and that's fine - the music has much to offer, returning to your mind at all times of day like a slowly unraveling puzzle.

For more information, go to www.frankcarlberg.com. 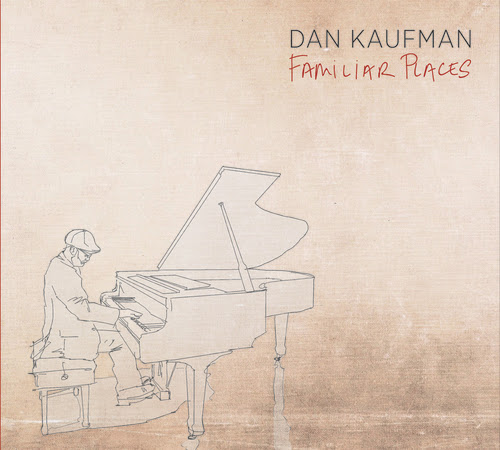 For his debut album as a solo artist, pianist, organist, and composer Dan Kaufman has created a most comfortable setting for his  original music. With the splendid rhythm section of drummer Jonathan Blake and bassist Matt Clohesy (several tracks feature percussionist Keita Ogawa) plus the expressive work of Sam Sadigursky (tenor and soprano saxophones) and Gilad Hekselman (guitar), Kaufman creates 8 portraits of contemporary music that easily transport the listener beyond the mundane.

While living in Boston, MA, Kaufman studied with Danilo Perez and Fred Hersch (it's hard not to recognize the work these 2 men have done with a number of young pianists on the scene) at the New England Conservatory and recorded/worked with the Either/Orchestra, Miguel Zenon and drummer Bob Moses.  Graduate work at the Julliard School brought him into the teaching sphere of Kenny Barron and then onto work and/or recordings with trumpeter Dominick Farinacci, trombonist Nick Vayenas, bassist Ben Wolfe, as well as saxophonists Wayne Escoffery and Donald Harrison.  He has worked with vocalists such as  Nneena Freelon, Kevin Mahogony and Gretchen Parlato.

All of that education and training doesn't amount to much (other than an impressive resumé) if one's music does not move the listener.  Kaufman wisely titled debut CD "Familiar Places" because it does displays his talents as a composer and performer while illustrating how he has already begun the (life-long) process of moving away from his influences. On certain levels, the music is "familiar" in its song forms and melodies that allude to Messrs.  Hersch, Barron and Keith Jarrett.  What stands out is the work of the musicians, the rhythmic attack and the gentle colors created by Blake, the lively interplay of piano with saxophone and guitar, and Kaufman's expressive piano.  Hear how he floats atop the rhythm section on "Dew Eye" and creates a chordal cushion for both the guitar and saxophone. "Kuumba" suggests an African excursion such as the ones created by Abdullah Ibrahim and Randy Weston yet the "lighter-than-air" quality of the piano chords, the lilting lines of soprano sax, gentle melody from the guitar as well as the excellent work from Blake, Ogawa and Clohesy in creating the "bounce" makes the music shine brightly. "Cross Check" suggests both the late Allen Toussaint and the long-running New Orleans-based group Astral Project in its funky attack; dig the overdubbed Hammond B-3 solo, the sweeping guitar sounds and the sweet soprano sax lines.

There is a grace and maturity in the handsome ballad "Falling Petals" plus fine bass work, a gentle piano solo, and an expansive, emotionally rich, tenor sax statement. When you return to listen again, pay close attention to how Blake maneuvers so freely beneath the rest of the band.  His drive and delivery on the title track makes the music sound new, refreshing and challenges his musical companions to play with similar intent and creativity.

By the time the listener reaches the final track, "Farmington", one should feel comfortable following the musicians wherever they take the music. The sound is expanded to allow the organ to rise out of the rhythm section, for the "gospel" chords from the piano serve as counterpoint to the guitar sounds, and for the drummer to create his own storm that passes like a late summer shower.

Dan Kaufman, along with producer and fellow pianist Randy Ingram, have created a aural document of an artist spreading his creative wings, enjoying his opportunity and getting the best from his fellow participants. "Familiar Places" has been in rotation on my trips to and from school for the past 2 months, the music filling the car with its joyous noise and seemingly putting color back into the late autumn/early winter skies.

And here's one of the delightful tracks from "Familiar Places":