Just read of the passing (here's the obituary) of saxophonist Arthur Blythe, a man whose vibrant alto saxophone playing enlivened many recordings from the mid-1970s to the early years of the 21st Century. The Los Angeles native spent his formative years in San Diego, moving to New York City in the mid-1970s Most people know of his recordings for Columbia Records ("Lenox Avenue Breakdown" still is a delight while "In The Tradition" stands out for many others) but he first came to my attention in 1977 with several releases on the India Navigation label ("The Grip" and "Metamorphosis") plus a smashing 1978 trio recording "Bush Baby" on the Adelphi label. That album featured the saxophonist with tubaist Bob Stewart (who was on the earlier Lps and would record with Blythe throughout his career) and Akhmed Abdullah (congas).  That ensemble played Real Art Ways when the venue was located on Asylum Street across from the Civic Center in downtown Hartford.  To hear the powerful duo of Blythe and Stewart together was a treat; they so enjoyed their interactions, the music was filled joy, gospel shouts, and "free" excursions. 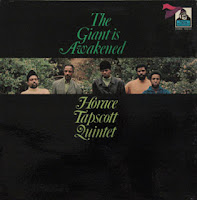 When talking with Mr. Blythe that weekend, I discovered he had made his performing and recording debut in 1969 as a member of pianist Horace Tapscott's Pan-Afrikkan Peoples Arkestra. The album, "The Giant Is Awakened" (reissued on CD in 2116 by Ace Records,  showed the saxophonist, billed here as "Black" Arthur Blythe, already in possession of his "big" tone, the keening cry that was his signature sound, and, at that time, the big influence of John Coltrane.  In 1975, the saxophonist shows up on fellow alto player Julius Hemphill's powerful self-released "Coon Bid'ness" (later issued on Arista/Freedom) - that recording also features drummer Barry Altschul, cellist Abdul Wadud, percussionist Daniel Zebulon, and baritone saxophonist Hamiet Bluiett. Blythe would go on to work with the baritone saxophonist when he replaced Hemphill in the World Saxophone Quartet (1990). 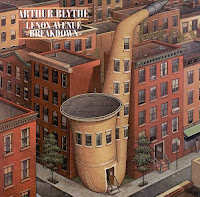 It was the Columbia debut in 1979 that really caught people's ears.  The dancing feel of "Down San Diego Way", with James Newton's flute soaring over the bass of Cecil McBee and Bob Stewart's expressive tuba plus the roiling percussion of Jack DeJohnette and Guilliermo Franco and the chunky guitar of James "Blood" Ulmer, remains a touchstone. When Blythe enters, right at the top of his alto's range, the song just flies out of the speakers.  The funky feeling continues throughout the other three tracks culminating with the mysterious "Odessa." One can hear the influence of Ornette Coleman in the interactions of the rhythm section and Ulmer's chunky guitar fills while the leader wails with abandon. 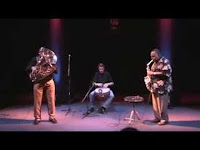 Blythe would go on to record eight more Lps for Columbia over the next decade, going in many directions, from the straight-ahead "In The Tradition" to the synthesizer-infused "Put A Little Sunshine In It." He went on to record with ENJA and his final four albums appeared on Savant.

As a sideman, Blythe, who was born in 1940,  worked with Jack DeJohnette's Special Edition, The Leaders (with bassist McBee, trumpeter Lester Bowie and saxophonist Chico Freeman), McCoy Tyner, Joey Baron, and percussionist Gust William Tsillis.  Over the past decade, he had to stop playing due to complications from Parkinson's Disease.

Arthur Blythe will be remembered for his generous sound, his gentle soul, and his exciting music.  Below are a few examples of his artistry and his joyous approach to Black American Music.

Rest In Peace, Arthur Blythe - thank you for all that joyous music!
Posted by Richard B. Kamins at 7:23 PM