The Firehouse 12 Spring 2017 Concert Series is in full swing (no pun intended) but this coming weekend may be the most impressive in the New Haven venue's 12-year history. The first official performance was a concert on April 3 2005 titled "Solo Duo"; the show featured pianist Lisa Moore and violinist Tim Fain playing music by Bach, Rzewski, Bresnick, Puts, and Janáček. 10 days later, guitarist Greg Davis & Kranky played the venue followed in May by the duo of Matthew Shipp & William Parker. That fall, weekly concerts started in earnest with shows usually Thursday, Friday, Saturday, or Sunday.  Friday became the "regular" performance night in 2006 and the performance space/recording studio has presented two 13-week series since then (with the occasional Thursday and Saturday concert).

This coming weekend (7th-9th) is, arguably, the most exciting weekend of music and seminars the venue has ever presented. Friday night, the trio of Anna Webber (saxophone, flute), Matt Mitchell (piano, keyboards), and John Hollenbeck (drums) will perform.  Ms. Webber composes all the music for the ensemble known as Simple Trio and it's an exciting concoction of imaginative pieces that blend "free" elements with composed themes and sparkling improvisations.  Skirl Records has issued the Trio's two albums, the latest "Binary" in Fall of 2016 (my review here).

Here's the opening track from "Binary":

On Saturday and Sunday, Firehouse 12 presents the CREATE Festival, four sessions of seminars and music curated by and featuring trumpeter, conceptualist, and composer Wadada Leo Smith. The daytime sessions commence at 1 p.m. and features the composer talking on day one about the music to be performed at the Festival and how he creates his unique compositions.  His musical language, called  "Ankhrasmation", is described by the composer as "an approach to conveying ideas to another musician that leaves a great deal of room for personal interpretation." Day 2, he will give a fuller description of his "systems", how these ideas have evolved over the past five decades, and much more. Both sessions include video images created by Jesse Gilbert who has worked with the composer since the "10 Freedom Summers" project.  The price of admission also includes premium coffee brewed by Mr. Smith and Creole Gumbo prepared by Gianna Chachere, a film producer and director currently serving on the Board of Directors of the New Orleans Human Rights Festival and The New Quorum Artist Residency. Both these events take place in the apartment above Firehouse 12, the entrance at 47 Crown Street.


The two evening sessions begin at 7 p.m. and are both chock-full of music.  The Saturday session opens with the Lamar Smith Experiment, a three-guitar ensemble led by Wadada Leo Smith's grandson and featuring William Brennan and Bentley Lewis. They will be followed by the reunion of New Dalta Ahkri, the trumpeter's trio featuring vibraphonist Bobby Naughton and reed master Dwight Andrews. Mr. Smith created this group in the mid-1970s while living in New Haven and it featured many different musicians but especially Messrs. Naughton and Andrews. Another trio follows - Mbira is composed of Mr. Smith,  Min Xiao Fen (pipa and voice) and Pheeroan akLaff (drums and percussion).  The first half of the concert closes with excerpts from the "Rosa Parks Oratorio" performed by Mbira plus the RedKoral Quartet (Shalini Vijayan (violin), Mona Tian (violin), Lorenz Gamma (viola), and Ashley Walters (cello). Jesse Gilbert will supply the video images. 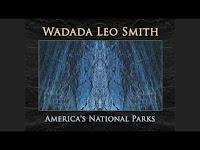 The second half of Saturday's concert includes "String Quartet No. 9 ( Ma Rainey; Marian Anderson; Rosa Parks; Angela Davis)" and "String Quartet No. 10 (Ellingtonia / Reminiscing in Tempo (Movement No. 1)".  Both works feature the RedKoral Quartet with pianist Anthony Davis joining them for "..No 10."  Following that will be "New Orleans: The National Cultural Park USA 1718" and "Yellowstone: The First National Park and the Spirit of America - The Mountains, Super-Volcano Caldera and Its Ecosystem", both from 2016's "America's National Parks." This expansive music will be performed by Mr. Smith's Golden Quintet that features Ms. Walters, drummer akLaff, pianist Davis, and bassist John Lindberg plus video images from Mr. Gilbert.

Sunday evening at 7, Mr. Smith opens the proceedings with a solo performance of "A Thelonious Reflection" which includes  "Crepuscule with Nellie", "Monk and his Five Point Ring at The Five Spot" (an original work), "Ruby, My Dear" and "Round About Midnight."  Following that, the trumpeter is part of The Crystal Sextet - Stephanie Griffin (viola), Gwen Lester (viola), Tanya Kalmanovitch (viola), Jason Kao Hwang (viola), and  Hardedge (electronics) - they will perform "Pacifica, Viola Quartet No 12". After intermission, the Golden Quintet and Jesse Gilbert return to perform more music from "America's National Parks."

Read this program over and look at how much music will be performed.  It helps one realize how important Wadada Leo Smith is to contemporary American music. Not just jazz or classical but many tributaries of American music.  This is a good selection from a very impressive oeuvre that continues to grow.  What a treat!

For ticket information and discount packages, go to firehouse12.com.

Here's a recorded version of "Yellowstone":