Stories to Tell Live & on CD

The Side Door Jazz Club in Old Lyme welcomes back saxophonist and composer Noah Preminger this coming Friday (4/14). Been a busy time for the Canton, CT, native with the release of "Meditations on Freedom" in January of this year, a response and reaction to the 2016 election in the United States. Recorded with his current Quartet - Jason Palmer (trumpet), Kim Cass (bass), and Ian Froman (drums) - the music is, at turns, reflective, angry, sad, resolute, and a call to action. 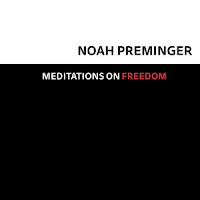 At times, the recording is reminiscent of the music Sonny Rollins created in the late 1950s, music that verges on exploding, that challenges the listener yet pulls one in on the power of the melodies and improvisations.  Whether it's the solemnity of "A Change Is Gonna Come" or the deconstructed "The Way It Is" that seems to fight against the definition of the title or the gentle push and pull of "Women's March", Preminger and company are asking to rethink the way we interact with our community, the politicians in our district and in Washington, and the world.  Is the joy of George Harrison's "Give Me Love" enough to get us through the day or the resolve of "We Have a Dream" going to get us out of our seats? There is power in Preminger's music and its messages.

The doors open at 7:30 p.m. and the band takes the stage for the first set an hour later.  Sitting in for Jason Palmer (who is out of the country teaching) will be the impressive young trumpeter Billy Buss. For ticket information and reservations, call 860-434-2600.

To learn more about the saxophonist and his music, go to www.noahpreminger.com.

Here's the opening track of the new CD:

On Saturday (4/15), the Side Door presents bassist and composer Linda May Han Oh and her Group as she celebrates the release of her new album "Walk Against Wind" (see below).  Ms. Oh, born in Malaysia and raised in Australia, came to the United States in the mid-2000s to study at the Manhattan School of Music and has gone on to play with Joe Lovano, Dave Douglas, and is currently in guitarist Pat Methany's new Quartet.  Her 2009 debut album, "Entry", recorded with trumpeter Ambrose Akinmusire and Obed Calvaire, was an auspicious one displaying her compositional talents and fine bass work.

In 2013, she introduced her new Quartet with saxophonist Ben Wendel and released "Sun Pictures" (Greenleaf Music).  One could hear the growth in her compositions and arrangements which is continued on the new album.  Mr.Wendel is on the recording and will be on The Side Door bandstand as will drummer Rudy Royston, guitarist Gilad Hekselman, and pianist Fabian Almazan.  One should expect to hear music that defies expectations and ignores genres while valuing melody and interactions. 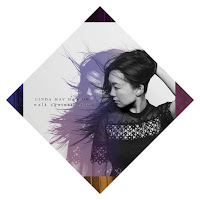 Inspired by the art of Marcel Marceau (and his brilliant piece "Walking Against The Wind"), Linda May Han Oh has titled her fourth album as a leader "Walk Against Wind." It's her first recording for Fabian Almazan's Biophilia Records and features Ben Wendel (tenor saxophone), Matthew Stevens (guitar), and Justin Brown (drums) with label head Almazan on piano and keyboards (three tracks) and Minji Park (percussion on "Mantis").

The album starts with "Lucid Lullaby", the bassist leading the melody in as Brown skitters and scrambles underneath.  After sharing the theme with the tenor sax, Ms. Oh takes the first solo and the piece unfolds slowly, stopping and starting as the bass gives way to the guitar solo. Yet, listen to the rhythm section as they dance below Stevens's fluid lines.

The emotions and moods shift throughout the album.  There's the joyous interactions on "Speech Impediment" replete with wordless vocals from the leader and Brown's powerful drumming. That song also features a fine slow blues section near the end.  The rapid-pace melody of "Firedancer" is played by the bass and piano before the band takes off on an exciting journey.  The entrancing ballad "Deepsea Dancers"(dedicated to Izumi Uchida, the bassist's manager who passed several years ago) is a lovely ballad and one can hear the influence of Malaysian and Japanese traditional music in the melody and supporting lines). There is beauty as well on "Midnight Reasons", a somber lead by the Stevens's guitar with counterpoint from Ms Oh over long notes held by the tenor sax. Wendel then steps out, adding a third melodic voice to the front line.  There is give-and-take here normally reserved for uptempo pieces.  The high-energy of "Midnight" follows powered by a strong bass line and Brown's explosive drums. Listen to the melody, how intelligently it plays with and against the rhythm section, the changes in tempo and how Almazan's distorted Fender Rhodes suggests the sounds of Keith Jarrett and Chick Corea when they worked with Miles Davis in 1970 and 71.

The album comes to a close on the M-Base influenced funky bop of "Western", whose thematic material grows from the percussive work of Brown and Ms. Oh's thick and active electric bass lines (it's one of several tracks that feature her electric work; check out the rapid-fire excitement of "Perpluzzle" below). The interaction of bass and drums gives the piece its propulsion and you should enjoy how all four members of the band take turns interpreting the melody.

Linda May Han Oh has made quite an impression since coming to the United States. The first thing many people noticed was her impressive bass playing but the quality and breadth of her compositions has emerged to equal that of her instrumental work. She certainly knows how to anchor a rhythm section but the melodic work she does as both a composer and performer is well worth paying attention to. "Walk Against Water" is a special recording, one that demands and deserves many close listens.

For more information, go to lindamayhanoh.com. The album package, like all the new releases on Biophilia this year, is a fanciful origami-like construction that is fun to play with, somewhat tough to read, and heck to fold back up. But, then again, I'm a klutz when it comes to puzzle-like packages.

Here's a taste of this music: