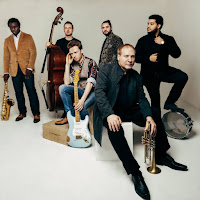 Trumpeter David Weiss leads two of the most dynamic bands playing these days and nights. As a player, he takes a bit of a back seat in The Cookers (the septet with Billy Hart, George Cables, Billy Harper, Eddie Henderson, Cecil McBee, and Donald Harrison) - Weiss is much more prominent in Point of Departure, a quintet (plus guests) that takes its name from an Andrew Hill composition (and album).  This group mines music from the late 1960s and early 70s from composers like Hill, Tony Williams, Wayne Shorter, and two men closely associated with the Detroit music scene of that time, pianist Kenny Cox and trumpeter Charlie Moore.  Those two musicians, who recorded as the Cox and The Contemporary Jazz Quintet, had a big effect of Weiss and he has recorded a number of their pieces with Point of Departure. 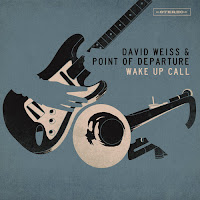 "Wake Up Call" (Ropeadope) is the ensemble's fourth CD. The 9-song program is broken into three sections, "I. Prologue", "II. Unfinished Business", and "III. New Beginning".  Judging by the power of the music, I believe that Weiss is telling his audience that these songs, many of them from the raucous years of the late 1960s, are indicative of the turmoil in this country at that time and how they reflect these troubled times. Besides Weiss on trumpet (and Fender Rhodes on 2 tracks), Point of Departure is composed of Matt Clohesy (bass), Ben Eunson (guitar), Myron Walden (tenor sax on 6 tracks), J.D. Allen (tenor sax on 3 tracks), Nir Felder (guitar on 3 tracks), Travis Reuter (guitar on 6 tracks) and, for my money, the most important element in the group, drummer Kush Abadey. The drummer, who first came to critical notice at the age of 16 when he joined Wallace Roney's group, has worked with Terence Blanchard, Chris Potter, Tomasz Stanko and many others. 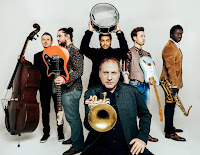 The album opens with "Sanctuary", a John McLaughlin songs from the Mahavishnu Orchestra'a 1973 album "Birds Of Fire."  The music starts slowly but soon Abadey plus guitarists Eunson and Reuter are creating a roiling rhythm for Walden's intense solo.   "..Unfinished Business" begins with Wayne Shorter's "Two Faced", a song first recorded by the Miles Davis Quintet in 1968, appearing on 1976's "Water Babies". At 12:22, it's the longest track and takes its time to build up steam - there are strong solos from Weiss and Allen, both fairly long and both feeding off the energy of the rhythm section.  Two songs from Charles Moore follow, the funky uptempo "Multidirection"(reminiscent, at times, of "Theme from Shaft") and the delightful ballad "Noh Word." On the latter track, Allen's soulful solo rolls into Felder's, a more impressionistic take over the powerful drums.

The third, and longest, section, "New Beginning" opens with Joe Henderson's "Gazelle" (recorded in 1970) - the piece rides the rampaging drums (listen to Abadey under Walden's fiery tenor solo) and percussive guitar. Cox's "Sojourn" has an understated power, pushed by the rhythm section and the counterpoint of the guitars. Perhaps the most fascinating cut in the program is "Sonhos Esquecodos" from Brazilian composer Lelo Nazario (recorded in 1982 as a member of Grupo Um).  Sandwiched between two pieces by Tony Williams, the song has a long rubato beginning (yet listen to the power of Abadey) with trumpet and saxophone playing the melody (actually sounds like a tune Weather Report may have produced in its early years). Once the piece settles into a groove, Reuter's hard-edged solo ratchets up the intensity.

"Wake Up Call" is intense music, so much so that even the quieter moments have great power. Listen to this music for its messages, for the solos, for the amazing work of Kush Abadey and Matt Clohesy, for the smart two-guitar work, and for its power.  David Weiss & Point of Departure wants you to get off your feet and let the music created here push you to action.

For more information, go to davidweissmusic.com/projects/david-weiss-point-of-departure/. 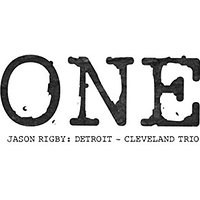 Tenor and soprano saxophonist Jason Rigby, from Cleveland, Ohio, is a busy musician and educator. He leads or co-leads four groups and is currently an Assistant Professor of Jazz/Commercial Saxophone at Towson University in Maryland. His third album as a leader, "One: Detroit - Cleveland Trio" (Fresh Sound New Talent), features the rhythm section of bassist Cameron Brown and drummer Gerald Cleaver, both of whom hail from the Motor City and recorded with Rigby on his 2009 FSNT album "The Sage."  In fact, Brown was also on Rigby's 2006 debut for Fresh Sound, "Translucent Space."

Right from the opening moments, "One" is a treat for lovers of saxophone trio music. "Dive Bar" is a duet for tenor and drums - Cleaver opens the piece with a short introduction, a thunderous setting for Rigby to enter with a melody not unlike the initial theme of Sonny Rollins's "Freedom Suite."  The power of the drums and the writhing saxophone lines sink their hooks into the ears of the listener and do not let go for seven minutes. Brown leads the trio in on ""Dorian Gray" with a three-note bass line then joins Rigby to play the theme. The tension created by the rhythm section gives the tenor plenty of room to play around. Rigby is a strong player but not a "shouter" or ""screamer", there's a subtlety to his lines that give a song like "Live By The Sword" its focus yet his phrases hint at the work of Albert Ayler - listen to Brown and Cleaver as they freely navigate underneath. Both musicians stoke the fires of this music without losing control or direction. 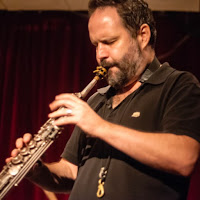 Yet, there are quieter moments with strong melodic flourishes.  The Richard Rodgers - Lorenz Hart standard "You are Too Beautiful" (composed in 1931 for Al Jolson) starts off quietly with Rigby emphasizing the melody and building his solo from the theme. Pay attention to the great counterpoint of Brown and the sweet brush work of Cleaver.  The saxophonist goes solo on the Gershwin's "Embraceable You", creating a mini-symphony and taking his time to reference the melody. He breaks out the soprano sax for Herbie Hancock's "Speak Like a Child", playing the melody against Brown's excellent counterpoint and Cleaver's splendid cymbal playing.  Rigby's solo is mesmerizing, short phrases repeated, bouncing off the low notes of the bass, twisting around the poly-rhythms of the drums, and slowly picking up in intensity but never boiling over.

"One" is a good title. Yes, this is a trio recording but the musicians approached the session of one mind; to play hard, smart, and together.  One can hear plenty of "freedom", with the sax, drums, and bass seemingly going in three directions at the same time but never at cross purposes. Listen to the music of Jason Rigby: The Detroit - Cleveland Trio with open ears and you will be rewarded many times over.

For more information, go to www.jason-rigby.com.