In early 2019, composer, vocalist, and multi-instrumentalist Jen Shyu was in the midst of creating a long-form composition/ performance work, "Zero Grasses".  She was in Japan on a research mission for the project when she received an email to tell her that her 78-year father had died in his sleep.  Needless to say, Ms. Shyu returned home  and, as she and her mother were cleaning out her father's closet, they found her childhood diaries.  That discovery changed the arc of her project (which debuted in October 2019) –– the importance of living one's life, the racism in our society, how the Music industry treats women, and more became the subject of her songs. As did the Pandemic and the death of Breonna Taylor in the months before finishing her new album. 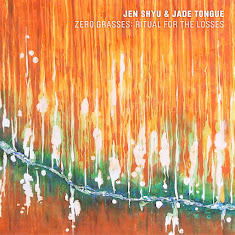 "Zero Grasses: Ritual for the Losses" (Pi Recordings) is the result of two studio sessions (January 11, 2019 and August 11-12, 2020).  Accompanying Ms. Shyu (who plays percussion, piano, Taiwanese moon lute, Japanese biwa) is Jade Tongue which consists of Ambrose Akinmusire (trumpet), Mat Maneri (viola), Thomas Morgan (bass), and Dan Weiss (drums), the same quartet that appeared on her 2015 Pi Recording "Sounds and Cries of the World" (Maneri, Morgan, and Weiss also appear on 2017's "Song of Silver Geese"). The album (her eighth) opens with the 4-part, nine minute "Living's a Gift"; the lyrics for the piece were composed by choir students (grades 6-8) from the MS 51 William Alexander Middle School in Brooklyn, NY.  The songs speak on the strangeness of living in the Pandemic. Listening to how Ms. Shyu multi-tracks her voice and how the quartet move along with her, never playing over here but as partners.

She writes and sings about her Father's loss on the somber, dark, "Body of Tears".  How Ms. Shyu uses her voice to portray shock and sorrow as well as the matter-of-fact quality of the email notifying of her Father's death.  Meanwhile, the trumpet shouts, the viola wails until the music calms a bit at the close.  "Lament for Breonna Taylor" starts with quiet percussion into a couplet from a poem by pianist Armen Nahlbandian.  Soon, one hears long notes from Morgan (bowed bass), Maneri, and Akinmusire before the piano plays chords.  As the music rises slowly in intensity, Ms. Shyu sings lyrics from two different interviews with Ms.Taylor's mother, Tamika Palmer.  That piece melts into Ms. Shyu's "The Human Colour", a jazzy ballad about hope and how even in war, we are more like than dissimilar.
"When I Have Power" utilizes an incident related in the composer's teen years when she was called a "chink". Her 15-years old self does not understand, the music created behind her goes from "free-form" into rhythms from Timor-Leste and Ms. Shyu breaks into a chant which emboldens her and she says she will change the world.  The final two tracks, "With Eyes Closed You See All" and "Life As You Envision", speak to lessons learned with the passing of her father. The gentle interactions of the musicians on the former serve as a counterpoint to the piano-driven melody under the vocal.  Ms. Shyu leads the group playing a trance-like melody on biwa (see picture above). As she sings on love and loss, Akinmusire often plays long tones until the final verse when he and the music becomes turbulent.
The best way to experience "Zero Grasses" Ritual for the Losses" is to play it over and over.  This is not "conventional" music; instead, Jen Shyu shatters genres yet stays true to the folk traditions that underlie her incredible music. Her voice is so supple, easily changing timbre but never sacrificing emotion.  This is music that adheres itself to your soul and to your heart!
For more information, go to www.jenshyu.com.  To hear more and to purchase the album, go to  https://jenshyu-pi.bandcamp.com/album/zero-grasses-ritual-for-the-losses.
Here's a video introduction to the album:
Pianist Masabumi Kikuchi (1939-2015), the Japanese native, played with so many great American Jazz artists over the 40+ years of his career (from Billy Harper to Gary Peacock to Paul Motian to Gil Evans). 18 months before he died, Kikuchi entered Klavierhaus in New York City and recorded the sessions that comprise his new album.  "Hanamichi" is the first recording to be released on Red Hook Records and is the last session "Poo", as Kikuchi was affectionately called, recorded. It's his fifth solo piano album and quite unlike others in that producer Sun Chung pushed him to play "songs" instead of mostly improvising in the studio. 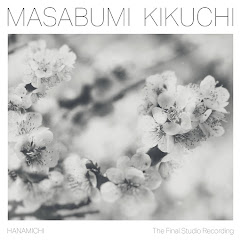 The 42-minute program opens with "Ramona", a Mabel Wayne composition from 1928, that the pianist slows down.  Like his friend and associate Paul Motian, Kikuchi never rushes his way through a ballad. After a formless opening, the pianist lovingly moves into the melody, relishing each note. "Summertime" follows –– it, too, opens ever-so-slowly but the pianist dives into the George Gershwin melody and, like the previous track, is in no hurry.  It's the longest track –– 11:23 –– never bogs down or becomes boring. A meditation on the classic, the music is comfortable and comforting.  There are two versions of "My Favorite Things"; "I" opens in a wistful mood then notes begin falling like rain, splintering the melody into fragments, never returning to the melody.  The feel of Erik Satie inhabits "II" at the onset before the pianist drops into a deliberate yet stunning reading of the melody.  Kikuchi creates a new melody after the first verse, never in a hurry, relying on the sustain of heavy chords to move the music forward.
The final two tracks include the aptly-titled "Improvisation" and the pianist's tune for his daughter "Little Abi."  The former rumbles forward in the style of Matthew Shipp and Cecil Taylor.  Kikuchi does not startle one with terrific technique but displays how one create melody out of dissonant phrases and how, when he slows down, the music gently comes together.  "...Abi" is a piece the pianist recorded several times but first on a trio date led by drummer Elvin Jones.  While it seemed in later years that Kikuchi would just improvise throughout his concerts, he always returned to this song.  It's "pretty" without being saccharine, a slow, pensive, memory of a young child who captivated the artist, innocent and gentle.
If "Hanamichi" leads you to discover more music by Masabumi Kikuchi, you will be richly rewarded. If you are already a fan, you will be pleased that the pianist continued exploring up to the end of his life.  This is music out of the ordinary and you should let yourself surrender to its whimsical beauty.
For more information, go to www.facebook.com/redhookrecords/.  For an in-depth conversation conducted by Ethan Iverson in 2012, go to ethaniverson.com/interviews/interview-with-masabumi-kikuchi/.

Canadian-born vibraphonist Dan McCarthy has been a mainstay on the North American jazz scene for over two decades. Before moving to the United States, he played with artists such as drummer Ted Warren, vocalist Laila Biali, guitarist Lorne Lofsky, and drummer Terry Clarke.  After his move to the States, McCarthy played alongside and/or with bassist Steve Swallow, guitarist Ben Monder, saxophonist Myron Walden, and drummer Gerald Cleaver plus many more.  He's recorded and self-released several albums (which you can find at Bandcamp –– https://vibraphonedan.bandcamp.com/) plus two albums released by the Seattle, WA- based label Origin Records. 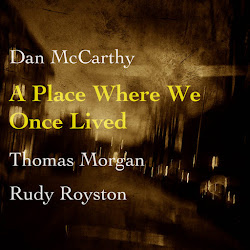 His new album, "A Place Where Once We Lived", was recorded in February of 2019 the day before McCarthy moved back to Toronto (and three months before his second Origin release "City Abstract", a musical tribute to Gary Burton, featuring his Canadian quartet).  A trio date with bassist Thomas Morgan and drummer Rudy Royston, "A Place...." sparkles with ideas, excellent musicianship, intelligent interactions, and strong solos from all.  The first sounds you hear at the onset of "Sonder" is Morgan's rich bass tones anticipating the ballad that follows.  The full-sounding vibes mesh well with bass sound. Royston plays with subtle power as he links his "swing" with Morgan's ambling phrases.  One can hear the influence of Burton but the music is reminiscent of Pat Metheny's debut on ECM "Bright Sized Life."  Pieces such as "Trail Marker" and "Desert Roads" have an airiness that allows the music to breathe plus they seem to encourage and suggest lyrics or poems. 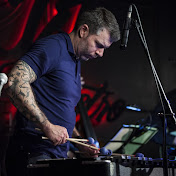 There are three "Short Stories" in the 11-song program.  None are over 1:24 and each seems like an introduction yet all stand nicely on the own.  The first, "A Short Story About Birds", has a slow melody for bass and vibes but also one hears Royston's "nervous" fills.   Next is  "A Short Story About Distance" with its hypnotic vibes and drum opening, and the melody played by Morgan's bass.  The third and shortest (54 seconds), "A Short Story About Quiet", seems to hover in the sound space as if waiting for the next track "Go Berserk" to erupt.  While the trio never really gets loud, the urgency and intensity of the music is palpable. 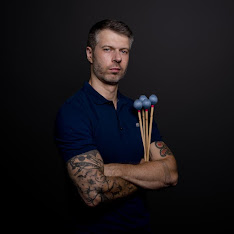 The ballads McCarthy composes stand out for their emotional power as well as their musical intelligence.  The title track spotlights Morgan as he leads the tune in and takes a richly melodic solo near the close (his work beneath the vibraphonist's solo is also impressive.  "Somber Sleep" moves gently with moments where the musicians are in conversation with each other (note how Royston's splendid brush work interacts with the melody and how McCarthy's vibes in the middle of the piece sound like a marimba).  "I'm Your Pal" (listen below) features more fine brush work, yet another melodic bass solo, and a jazzy vibes solo that reverberates gently through the soundscape.
"A Place Where We Once Lived" closes with "Goodnight Sweet Cat", another handsome ballad.  Once again, the conversation between vibes and bass is the heart of the song while the ever-so-gentle drumming of Royston puts a fine frame around the piece.  With this sessions and these songs, Dan McCarthy says "goodbye" to the United States in the nicest fashion.  The music on this album does not point to any one era or genre but is just that –– music. Good music. Honest music.  Music that just asks you to listen, to submerge under the sounds and come out refreshed.
For more information, go to www.vibraphonedan.com.  To hear more and to purchase this and other Dan McCarthy albums, go to https://vibraphonedan.bandcamp.com/album/a-place-where-we-once-lived.
Here's "I'm Your Pal":
Posted by Richard B. Kamins at 12:28 PM