During the pandemic, we have gotten used to seeing and hearing small group performances.  But, here are two classy large ensemble recordings that captured my attention and imagination.

Originally from South Korea (now living in New York City) composer and arranger Jiyhe Lee came to the United States in 2011 to study at the Berklee College of Music in Boston, MA. In her native land, Ms. Lee had been a fairly popular "indie pop" singer –– within her first year at Berklee, she won the school's prestigious Duke Ellington Prize (she won it again the next year). Over the past decade, Ms. Lee has won numerous awards and commissions, worked with Wynton Marsalis and the Lincoln Center Jazz Orchestra. Her self-released debut album, "April", came out in 2017 and received glowing reviews from the Jazz press.  The pieces on that recording were based on Ms. Lee's  response to a tragedy; the Korean ferry Sewol, which sank en route from Incheon to Jeju, claiming the lives of 304 innocent passengers, most of whom were teenage children. You should listen to her conversation with Jason Crane of "The Jazz Session" as it gives an excellent picture of the composer's career, influences, and more –– go to www.thejazzsession.com/2021/02/17/the-jazz-session-545-jihye-lee/ and pay attention. 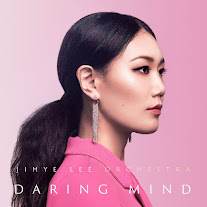 Her new album, "Daring Mind" (Motema Music), is a dazzling display of original music, savvy arrangements, and excellent musicianship.  Album one featured Boston-based musicians while this is a NewYork-centric ensemble as befits her move to the City after graduation in 2015.  What stands out throughout the nine-song program are the strong melodies, the excellent section writing, and the emotional strength.  Pieces such as the opener, "Relentless Mind", and "I Dare You" have such a conversational feel with the reeds jousting with the brass and the soloist Quinsin Nachoff (tenor sax) getting both support and push back from underneath on the latter cut. On the former track, it's the rhythm section that pushes the piece forward during the exciting Sean Jones trumpet solo (his playing is  impressive throughout the program) and Alan Ferber's trombone dance.  Listen near the end of the track when the sections interact with drummer Mark Ferber. 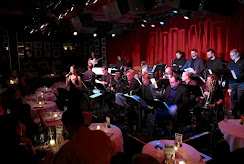 Ben Kono's alto sax leads the way into "Unshakable Mind", a ballad whose lovely opening melody is carried by the reeds until the brass and martial drums enter, causing the piece to turn dark. The insistent rhythmic pulse has the fell of Ravel's "Bolero" but there is much more shading here, quiet moments when bassist Evan Gregor and guitarist Sebastian Noelle carry on a conversation built upon the melody.  Kono returns again later in the piece to create a splendid solo as the intensity inevitably ratchets up to an amazing close. 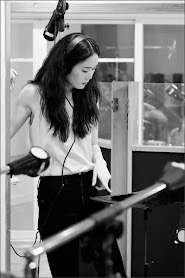 There is not a weak track on the album.  "Struggle Gives You Strength" has the feel of a soulful ballad from Burt Bacharach with hints of Aretha Franklin as well as Ashford & Simpson.  The sectional writing is exceptional as their phrases move upwards throughout the first half of Jone's trumpet solo.  "Revived Mind" has a lilting melody, with a traditional feel, played by the flutes and piccolos. The song moves forward over a soulful rhythm with the trombones responding to the trumpets and flute. Trombonist Mike Fahie solos over the rhythm, although it has not changed, feels more South African.  Listen to how the bass trombone and bass clarinet dance on the bottom while the sections sway behind the soloist.  "Why Is That" opens as a torch-y blues tune with going to the reeds and trumpets. The trombones enter and, a moment later, the music gets even more playful.  There are moments where everybody swings –– suddenly, the piece goes into double-time for a fine alto sax solo from Rob Wilkerson.  Jones's solo also starts in double time as the sections converse while the trumpeter proclaims for all the world to hear.

The album closes on a ballad, "GB", that is another spotlight for trumpeter Jones.  After he leads the song in, the reeds share the melody line.  There's a quick transition, with the low brass adding darker colors to the piece while the trumpets and reeds play powerful phrases.  The middle of the song to Jones and the responsive yet supportive piano of Adam Birnbaum . As the trumpet solo continues, the sections reenter pushing Jones to an exciting climax.  When the music continues, two alto saxophones play the melody, the baritone counterpoint, while the brass play long tones. Jones reenters, rising above the sections as the music winds down.  Its a stunning close to a dramatic work.
"Daring Mind" is a musical triumph. In just two recording, Jihye Lee has proven herself to be a mature composer and arranger, creating music that engages both the musicians and the listeners. And one does want to go back and listen because one cannot hear just how well-crafted and played this music is on initial contact.  Spend time with this music because the joy emanating from the sounds will create joy in and around you.
For more information, go to https://jihyemusic.com/. To hear more and purchase "Daring Mind", go to https://jihyeleeorchestra.bandcamp.com/.
Here's the band in action in the studio:
Personnel:
Ben Kono: Alto SaxophoneRob Wilkerson: Alto SaxophoneQuinsin Nachoff: Tenor SaxophoneJeremy Powell: Tenor SaxophoneBrian Pareschi: TrumpetSean Jones: TrumpetJohn Lake: TrumpetAlex Norris: TrumpetMike Fahie: TromboneAlan Ferber: TromboneNick Grinder: Trombone Mark Patterson: Trombone (replaces N Grinder on two tracks )Jennifer Wharton: TromboneAdam Birnbaum: Piano (six tracks)Haeun Joo: Piano (three tracks)Sebastian Noelle: Electric GuitarEvan Gregor: Double BassMark Ferber: Drums
I first heard pianist Steve Feifke play in the intimate confines of The Buttonwood Tree in Middletown, CT.  He was part of a quartet with saxophonist Chad Lefkowicz-Brown, drummer Jimmy Macbride, and  bassist Raviv Markowitz.  The group of friends had gotten together to stretch their musical wings and they certainly filled the venue with exciting sounds as well as youthful exuberance.  Feifke, a graduate of New England Conservatory of Music Preparatory School, New York University, and Manhattan School of Music, is busy as a performer, lecturer, composer, arranger, and orchestrator.  Even though he is yet to turn 30 (he will on June 29 of this year), his list of credits is quite impressive. His works have been commissioned by the Mingus Big Band, the Vancouver Symphony Orchestra, and the Manhattan School of Music Jazz Orchestra (to name but three), he's written music for televisions shows such as "Animaniacs", "Comedians in Cars Getting Coffee", and TruTV's "Impractical Jokers". Feifke has performed or recorded with artists such as Randy Brecker, Chad LB, Veronica Swift, and Ulysses Owens Jr.   His debut as a leader, "Peace In Time", was self-released in 2015 and served to show Feifke's skill as a composer and pianist. 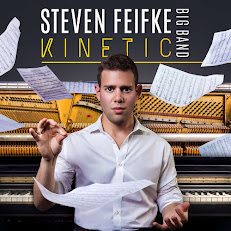 "Kinetic" (Outside In Music) is Feifke's fourth album as a leader or co-leader. Besides "Peace In Time", he co-led a date with trumpeter/ vocalist Benny Benack III, a Christmas EP with his Big Band.  There's also a Big Band date from 2019 titled "Prologue" that is only available through Feifke's website (when you download the mp3s, the folder bears the name "The Story Begins" - go figure).  Featuring a similar lineup, the program is totally different, more "standards", but still quite exciting music.  The new album starts off with the title track, a roaring fast-paced original that has tinges of McCoy Tyner in both the arrangement and the leader's rollicking solo spot. Trumpeter Gabriel King Medd is up next and he sparkles before giving way to drummer Ulysses Owens Jr. –– it's his only appearance on the album and he makes the most of driving the band as well as soloing with abandon. 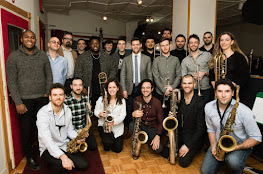 You'll notice that the energy level of this band is quite high. "Unveiling of a Mirror" starts in a relaxed mode but as soon as the soloists hit, the band, powered by drummer Joe Peri and excellent section play, goes for broke.  Even "The Sphinx", which starts in a sultry manner has moments that really rock especially in the first part of saxophonist Lucas Pino's long, delightful, solo.  Powered by drummer Jimmy Macbride, the music grabs ahold and never lets go. Veronica Swift joins the band on the true ballad, "Until The Real Thing Comes Along", a song that beens recorded Erskine Hawkins, Andy Kirk & His Mighty Clouds of Joy, Aretha Franklin, Billie Holiday, Ella Fitzgerald, Frank Sinatra, even Rod Stewart.  Feifke envelops Ms. Swift in mellow tones from the reeds and brass, strummed guitar a la Freddy Green, tinkling piano, and swishing cymbal splashes.  Kudos to all involved as they treat the song and its lyrics (which is credited to five different writers) with respect. 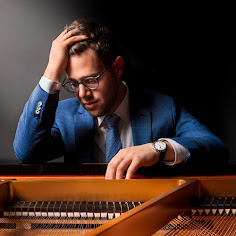 Ms. Swift returns later in the program for a bluesy take on "On The Street Where You Live" –– she sings it fairly straight but the band takes more of a 1940s Duke Ellington approach. In the middle of the second verse, the groove gets smoother, the sections play it cool, and the music careers forward. Solos by Robert Edwards (trombone) and Andrew Gutaukas (bass clarinet) liven up the tune.  Feifke supplies a fascinating arrangement of Thelonious Monk's "Nica's Dream", giving the tune a Latin feel. Both Benack III and the leader play strong solos, especially Fiefke who gets into quite a conversation with Macbride.  "Midnight Beat" offers the ensemble the opportunity to get funky and they do.  Bassist Chmielinski "gets down" with the funky rhythm guitar and "fatback" drums while Alexa Tarantino plays a singing solo that twists and turns above the rampaging rhythms. 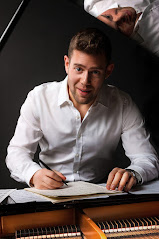 A lovely and short chorale of brass and reeds introduces the final track, aptly titled "Closure."   The ballad has a heartfelt melody played by Sam Dillon (tenor sax)whose muscular yet melodic slo fils the middle section of the tune.  Again, the section writing stands out in its orchestral sound as they support Dillon as well as returning to the melody several times.
For "Kinetic", Steven Feifke takes sounds and songs that feel familiar (some of them are) and shapes then so they sound new, fresh, and alive.  Many of the musicians in the Steven Feifke Big Band are the leader's contemporaries, younger musicians on the cusp of greater popularity who already play with great presence and creativity.  Very strong effort that bodes well for the future.
For more information, go to www.stevenfeifkemusic.com.
Here's the Band in the studio with Ms. Swift:
Personnel:

Alex LoRe - Alto saxophone (for Ms.Tarantino on "The Sphinx")

Joe Peri - Drums on "Unveiling of a Mirror"