Voices of Beauty, of Dreams, of Hopes

There's something so appealing about music from Latin America; whether it's the rhythms, the "Romance Language" lyrics, or the expansive melodies, how the music gets to one's emotional core.

Gretchen Parlato made quite a splash on the contemporary scene in the mid-2000s, her alto voice with a nasal edge moving easily through lyrics, her wordless vocals rising easily over rhythm sections, and her ability to mesh with other voices. Ms. Parlato has recorded with Becca Stevens, Esperanza Spalding, Terence Blanchard, Lionel Loueke, Terri Lyne Carrington, David Binney, and many others.  Six years ago, she have birth to a son and began a sabbatical from singing with a few exceptions to record with the trio Tillery (Ms. Stevens and Rebecca Martin), saxophonist Dayna Stephens, vibraphonist Joel Ross, the New West Guitar Group, and drummer Nate Smith. 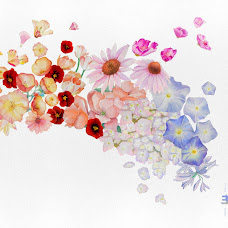 Ms. Parlato signed to Edition Records last year and now issued her debut for the label (and fifth as a leader).  "Flor" features original music, several delightful covers, and a reimagining of J.S. Bach's "Cello Suite No. 1: Minuet I/II”.  The album opens with "É Preciso Perdoar", a Brazilian song made famous in 1973 by João Gilberto (composed by Carlos Coqueijo and Alcyvando Luz) –– the track also introduces Ms. Parlato's tremendous trio that features guitarist Marcel Camargo, percussionist Léo Costa, and cellist Artyom Manukyan.  Both the guitar and cello serve as counterpoint to the vocals (in both English and Portuguese). The gentle flow is a mood-changer, stripping away one's burdens.  Gerald Clayton joins the band (on Fender Rhodes) for a sweet version of Anita Baker's "Sweet Love".  Listen to how the pervasive rhythms sweep the vocalist off her feet and she flies delightfully through the piece.
Several songs speak to the wonders of parenthood.  "What Does a Lion Say" (composed by Chris Morrissey) finds the singer in her son's bedroom near the end of the day, interacting and showing love. Manukyan's cello tone is rich, full-toned, while Camargo's guitar (he also plays what sounds like a bandolim, a mandolin) creates sweet textures.  Husband Mark Guiliana can be heard laying down the dancing beat on "Wonderful", which also features a children's chorus (including their son Marley) plus the leader's overdubbed harmonies.  Ms. Parlato's lyrics serve as a prayer, to teach about love, self-realization, and gratitude.
The brilliant arrangement of Bach's "Cello Suite No. 1: Minuet I/II” opens with Ms. Parlato singing solo.  Camargo enters 100 seconds into the piece playing in tandem with the wordless vocal.  There's a short statement from the bandolim, then the cello enters playing in tandem plus the percussion and trap set. Close your eyes and let the music wash over you, its beauty stunning and revivifying.  Airto Moreira joins Ms. Parlato and the trio for "Roy Allen", a tribute to the late trumpeter Roy Hargrove (that he composed for his 1995 album "Family"). The 79-year old Moreira brings a lot of his percussive arsenal as well as his playful voice.  The leader sticks to the melody while Camargo plays several short solos, all the while the percussion creates a wonderland of sound.
"Flor" is a welcome return to the spotlight for Gretchen Parlato. She sounds refreshed, renewed, ready to continue to explore and mine the many veins in the world of music. We are the lucky recipients of her adventures.
For more information, go to gretchenparlato.com.  To hear more of "Flor" and to purchase the delightful album, go to https://gretchenparlato.bandcamp.com/album/flor.
Give a listen to Ms. Parlato's take of the Anita Baker's song:
Vocalist and composer Roxana Amed, a native of Buenos Aires, Argentina, has been on the international music scene for nearly two decades.  I first became aware of her upon her the 2013  album, "La Sombra de Su Sombra", a duo date based on the poetry of Alejandra Pizarnik (1936-72) she recorded with pianist Frank Carlberg (with contributions from Christine Correa).  She 's issued six albums as a leader or co-leader since 2004.  Since moving to the United States in 2013, Ms. Amed has worked with Guillermo Klein, Emilio Solla, vocalist Sofia Rei, and pianist Andre Mehmari. 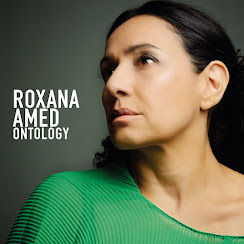 Her new album, "Ontology" (Sony Music/ Latin), should open the eyes and ears fo many people. Ms. Amed produced the album, as well as having composed or co-composed 12 of the 14 tracks.  She sings in both Spanish and English, plays tribute to Wayne Shorter ("wrote the lyrics for his "Virgo") and Miles Davis (re-arranging the trumpeter's "Blue and Green" with Cassandra Wilson's evocative lyrics).  She adds lyrics to Argentinean composer Alberto Ginastera's " Danza de la Moza Donosa", creating a lovely ballad then turns to wordless vocal for his "Danza Del Viejo Bojero".  On the first song, it's just her and pianist Martin Bejerano; on the second, the two add the thunderous drums of Rodolfo Zúñiga and the music flies forward not unlike Dave Brubeck's "Blue Rondo a la Turk."  The playful interactions of the voice, keys, and drums 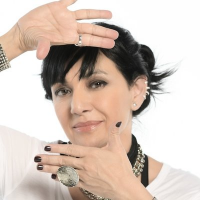 The pianist is featured throughout the program while Zúñiga shares the drum duty with Ludwig Afonso (the former on three tracks, the latter on six tracks). Also featured throughout the album is tenor saxophonist Mark Small (eight songs), bassists Edward Perez (three songs), Carlos De Rosa (two songs), and Lowell Ringel (three songs), plus guitarists Tim Jago (two songs) and Aaron Lebos (one song). Ms. Amed mostly keeps her voice front and center; she's quite articulate in both Spanish and English as well as dramatic but she keeps her emotions under control. Nothing seems forced or rushed. The title track features piano, saxophone, and voice with Berejano's solo far-ranging while Small adds bluesy phrases behind the vocalist.  Kendall Moore (who teaches at Sam Houston State University in Texas and plays trombone) composed, "Peaceful", a sweet ballad with Small's tenor in conversation with Jago's electric guitar. Notice how the tenor sax often shadows the voice, adding depth to her long notes.

There is so much music to explore here. Shorter's "Virgo" features strong performances from the leader, Small, and, especially, Berejano (pictured left).  While the tenor sax sounds wrap sensuously around the voice, the piano is, at times, lyrical, introspective, forthright, as it follows the storyline.  The pianist's tune "Chacarera Para La Mano Izquerida" ("folk dance for the left hand") is driven by the exciting work of bassist Perez and drummer Afonso as well as the composer's dancing piano.  Ms. Amed's joins in on the fun, letting her voice stretch for the higher notes. The pianist also contributed the up-tempo "El Regreso" ("The Return") which has traces of Ornette Coleman's "Lonely Woman" –– Berejano sets the pace throughout while Perez and Afonso push the music forward.
"Ontology" closes with "Winter", an original (sung in English). The words speak of the stillness of the season, of the inevitability of loss, how the cold attacks the body, how we wait for "the winter to tear our eyes/ to break our bones".  Just voice and piano.  Berejano's solo is stunning, emotionally powerful, and Ms. Amed understands how the darker, colder, time of the year turns us inward, to protect ourselves in all ways.  There is a lot of music over the 73 minutes of "Ontology", much to listen to, much to absorb, yet the album does not feel too long.  You want to inhabit these worlds that Roxana Amed and the musicians create, you want to linger a while in these songs and you should.  Find this album – the music shines!
For more information, go to https://roxana-amed.com/.
Here's a taste:
Posted by Richard B. Kamins at 6:14 PM