What We Remember, What We Forget, What We Learn

I am finishing this post the day before the Holiday of Passover, a Jewish Holiday that falls in the Spring of the year. The Holiday commemorates the exodus from Egypt when the Jews were slaves to Pharaoh. The Holiday celebrates the rebirth of the land after Winter ends, when baby animals begin to populate the farmyards and crops are planter.  At the communal/ family dinner, the story of the exodus is told to remind Jews that once they were slaves in the land of Egypt and to remember to tell that story every year. The retelling serves as a reminder and a warning, making sure we remember that communities can suffer when the members go silent. 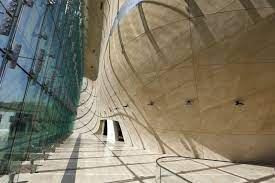 POLIN Polish Museum of the History of Polish Jews opened its doors on April 19, 2013.  Located in Warsaw, Poland, on the site of the Polish Ghetto in World War II, the Museum is a major in the rebirth of Jewish Culture, the restoration of Jewish Memory, and a reminder of the role of Jews in Poland over the past 1,000+ years. Musicians such as the late Tomasz Stanko, John Zorn, the JACK Quartet, and more have been invited to perform and/ or commissioned to create music for the Museum's concert series. Music was an important aspect of Jewish life over the centuries and continued even as the Jews were forced in ghettoes around the country. 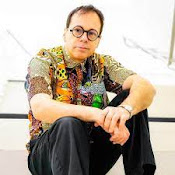 In 2015, composer and percussionist Lukas Ligeti served as the Artist-in-Residence at POLIN.  The program he created took its direction from the interviews he conducted with a group of Polish citizens ages 20 to 98, asking not only about Jewish life in Warsaw during their lifetimes but also to sing songs they remembered. The composer and collator took the melodies and the rhythms from the spoken word interviews and fed them to a quartet of musicians and a vocalist –– the objective was for the performers to continue the conversations, expand upon the ideas, melodies, and sounds they heard through the headphones.  The concert took place in the Museum on November 29 of 2015. The next day, Ligeti and the musicians convened in the Music Studio of Radio Warsaw. The results of that day in the studio can be heard on "That Which Has Emerged...That Which Will Remain..." (subtitled "Of Apocalypses and Dreamscapes") and has been released this year of Col Legno Music.
Ligeti's ensemble includes Pawel Szamburski (clarinet), Patryck Zakrocki (violin, viola, mbira), Mikolaj Palosz (cello), Wojtek Kurek (drums, synthesizer), and Barbara Kinga Majewska (soprano) with the composer on electronics.  The studio recording opens with a thump and then a chorus of voices fills the speakers.  The sentence fragments whiz by for a moment before one hears the musicians and Ms. Kajewska wordless vocal. You can pick words out of the babble such as "My mother" or "My grandmother" as well as Polish phrases –– the sudden thump of the drums silences all and the program moves forward.
Slowly, melodies begin to take shape, live and manipulated, until a traditional Klezmer melody ("Saposhkelekh") rises out of the percussion, clarinet, cello, viola and voice; in fact a chorus of voices move in and out of the sound spectrum. The wail of clarinet, the moan of the cello, martial drumming, al bring to mind images of occupation, of forced marches, amplified by the speeches that push the music to the sides of the sound spectrum.  Later in the continuous flow of music, an older male voice sings "Belz, Mayn Shtetele Belz", the song written for a 1930s Yiddish theater production.  The simple melody pictures life in the Romanian town before the First World War, before the Soviet occupation, before life was disrupted and people (and their culture)  disappeared. (Notice Ms.Majewska's counterpoint and the ghostly male choir in the background).  The section with the opening prayer of the Sabbath, "Shalom Aleichem" and an explosion of sound from the drummer. The songs, secular and religious, all point to memory, dedication, and hope.
What all this means to the listener may depend on your history. Did you have family in Eastern Europe?  How did they live before World War II?  Did they survive?  Were they forced into boxcars and shipped to concentration camps?  Did they help Jews hide?  Did they flee the cities to the countryside? If you did not live in Poland or have relatives who did, does this program still have power?  No ethnicity is exempt from intolerance. The pogroms of Eastern Europe are directly related to ethnic cleansing in Southeast Asia and on the African continent. Didn't the slave traders try to erase culture of Africans in the boats that plied the seas to South America and the Caribbean? 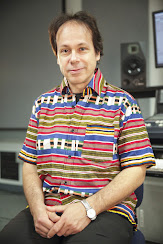 Lukas Ligeti's purpose just may be to remind us that not all the voices are eternally silenced. If one person survives and remembers the cities, the people, the melodies, perhaps we can rebuild or recreate memory?  We will never banish hate nor jealousy nor ignorance but that does mean we should not try.  As stated above, the program presented on "That Which Has Remained...That Which Will Emerge..." is one continuous 45-minute presentation separated on disk to help one hear how the piece segues.  But, it does not make sense to point and click on specific segments; listen all the way through, go back and listen again, become familiar with the pieces and how they develop, how the voices move in and out as do the instruments, how "folk" songs melt into interpretations only to disappear and return in a new form.  Listen as the musicians, playing a rapid rhythm, begin to fade in the final moments, and we are left with voices, electronically distorted, that slowly disappear.  We are left with fragments, which is how most memories work –– we cannot comprehend all we heard in 44:46 seconds, just snatches of phrases, of songs, and of sounds.  Lukas Ligeti makes us think, and think hard, about the past, how it affects the present-day, and how, as we remember and we learn more, what our future might be.
To learn more, go to www.lukasligeti.com.  To hear more about the artist's residency and project, go to
https://www.polin.pl/en/lukas-ligeti.