Spoke with guitarist, composer, bandsleader (bands, as he fronts several different ensembles), and author Joel Harrison and discovered he's also the founder of the Alternative Guitar Summit.  It's an event where guitarists and music fans can learn from a number of the finest guitarists in the world.  This coming Saturday and Sunday (March 6-7), Harrison and cohorts once again take the AGS online.  There will be Masterclasses taught by people such as Nels Cline, Sheryl Bailey, Adam Rogers, Ben Monder, Adam Levy, Harrison, and Special Guest Bill Frisell. 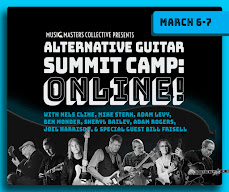 Classes start at 10:30 a.m. both days –– there will be time in each workshop for Q&A sessions.  Day One concludes with a concert at 7:30 pm featuring Ben Monder and Adam Rogers. You have to register for each day separately ($80. apiece) which not only gets you into each class but also you have 30 days of access to the sessions. Every class is different; for instance, on Day One, Adam Rogers and Mike Stern will teach  "Playing inside and outside the changes in jazz and rock" while on Day Two Joel Harrison and  Stern will share a workshop on "Creating great lines as a soloist with approach tones, diminished and altered scales."
For more information, go to www.alternativeguitarsummitcamp.com/ags-online. 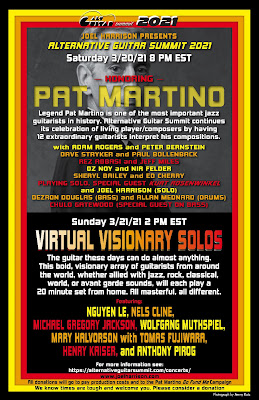 Harrison also shared that two weeks later (March 20-21), the Guitar Summit will present a two-day Festival. Saturday at 8 pm, the AGS brings 12 guitarists for a concert dubbed "Honoring Pat Martino"  –– there will be five sets of duos including Adam Rogers and Peter Bernstein, Dave Stryker and Paul Bollenback, Rez Abbasi and Jeff Miles, Oz Noy and Nir Felder, and Sheryl Bailey with Ed Cherry, each duo playing with the rhythm section of Dezron Douglas (bass) and Allen Menard (drums).  There will also be two solo guitar sets, the first with Joel Harrison, the other with Kurt Rosenwinkel.
On Sunday from 2 - 5 p.m., the concert, "Virtual Visionary Solos", features guitarists from around the world playing solo, with one exception. The amazing lineup includes Nguyen Le, Nels Cline, Michael Gregory Jackson, Wolfgang Muthspiel, Mary Halvorson with drummer/ percussionist Tomas Fujiwara, Henry Kaiser, and Anthony Pirog.  Both of these shows are free but the organizers would appreciate a donation to cover the cost of production as well as for the ASG Education Fund. For more information, go to https://joelharrison.com/ or
https://alternativeguitarsummit.com/concerts/.

On top of that, Harrison has a new book coming in May.  "Guitar Talk: Conversations with Visionary Players" (Terra Nova Press) is a collection of conversations/ interviews the guitarist conducted with 27 of his contemporaries including Nels Cline, Pat Metheny, Fred Frith, Bill Frisell, Julian Lage, Elliott Sharp, Michael Gregory Jackson, Ben Monder, Anthony Pirog, Henry Kaiser, Mike and Leni Stern, Vernon Reid, Mary Halvorson, Nguyên Le, Rez Abbasi, Ava Mendoza, Liberty Ellman, Brandon Ross, Wayne Krantz, Dave Fiuczynski, Wolfgang Muthspiel, Miles Okazaki, Sheryl Bailey, Rafiq Bhatia, and Ralph Towner. If you have any interest in the role of guitar in creative music and the people involved, this book is for you.
For more information, go to Harrison's website (listed above) or to www.terranovapress.com/books/guitar-talk-conversations-with-visionary-players.
Guitarist, vocalist, composer, and performer Michael Gregory Jackson first came to notice as a member of saxophonist Oliver Lake's Quartet in the early 1970s playing both acoustic and electric guitar. His first solo release, "Clarity, Circle, Triangle, Square" (Bija Records), featured the 23-year old Jackson in the company of Mr. Lake, Wadada Leo Smith, and David Murray playing music that explored myriad streams in Black Music.  Jackson went on to record numerous albums through the 80s, ranging from the avant-garde to contemporary r'n'b.  Although he disappeared from the jazz press for several decades, the guitarist remained quite busy in Europe and the United States.  He appeared on Wadada Leo Smith's 2009 album "Spiritual Dimensions" (Cuneiform Records) which served to reintroduce the guitarist to the press. 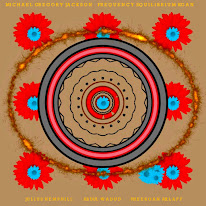 Golden Records has just issued "Frequency Equilibrium Koan", a live concert that Michael Gregory Jackson recorded live in 1977 at the Ladies' Fort in New York City. For this gig, he interacted with three amazing musicians including Julius Hemphill (alto saxophone), Abdul Wadud (cello), and Pheroan aKLaff (drums).  The four tracks are indicative of the Loft Scene in NYC in the 1970s yet sound timeless as well.  Wadud's amplified cello pushes against Jasckson's crackling electric guitar on the title track while Hemphill's alto dances and scurries alongside them. aKLaff's ability to fit in and create his own colors as opposed to having to "lock down the rhythm" allows one to hear the ruminative quality of the piece.  On "Heart and Center", the quartet do lock in with Wadud creating a bluesy bass line over the rollicking drums –– the saxophone and guitar play a bluesy theme before Jackson jumps out into a short, rock-influenced solo.  Listen to how he and Hemphill converse, connect, and then Jackson creates counterpoint to the raucous sax solo. 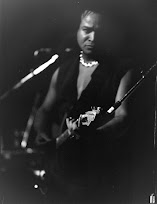 Jackson and aKLaff open "Clarity #3" with a short percussion interaction before Hemphill and Wadud roar in.  The slippery, squiggly, saxophone riffs over the frantic bowed cello lead Jackson's squalling, clicking, guitar in to join the fray while the drums dance and skitter below.  The final track, "A Meditation", is just that.  Opening with bells and low rumbling drums as well as intermittent plucked cello notes, the music moves slowly forward with Jackson on bamboo flute supported by aKLaff's cymbals.  Hemphill adds occasional flute lines in the background.  The piece has a softer intensity for a few minutes in the middle of its nine-minute run but ends quietly and gently.
"Frequency Equilibrium Koan" comes out on the heels of the seven-CD Julius Hemphill document "The Boyé Multi-National Crusade for Harmony" released by New World Records on the saxophonist, composer, and performer's birthday, January 24.  This rediscovered Michael Gregory Jackson date comes from around the same time as the majority of the larger set.  While Jackson's recording is much more modest, it's no less important.  With the death of John Coltrane, Creative Black Music had gone in various directions but the self-determination of organizations like the AACM in Chicago and the BAG in St. Louis plus artists such as Muhal Richard Abrams, Anthony Braxton, Oliver Lake , Julius Hemphill, Wadada Leo Smith, and many others was empowering younger musicians like Chico Freeman, David Murray, and Michael Gregory Jackson.  Listen with open ears and you will be rewarded.
For more information and to purchase the album, go to https://michaelgregoryjackson.bandcamp.com/album/frequency-equilibrium-koan.  To learn more about the guitarist, go to www.michaelgregoryjackson.com.
Here's a snippet of the album:
Posted by Richard B. Kamins at 11:31 AM