The Joys of Spring (Part 1)

Lots and lots of new music to absorb and enjoy. This is the beginning of a series of short reviews of new release.

Organist, composer, pianist, and arranger Brian Charette has kept himself busy during the pandemic making videos of his songs surrounded by keyboards in his apartment. When I spoke to him last year, he was waiting for SteepleChase Records to release his third recording with his "reeds" sextet.  "Power From the Air" has just been issued and it's well worth the wait.  Charette plays organ throughout, composed eight of the 10 tracks, is joined by drummer Brian Fishler in the rhythm section; the "Air" comes from Ital Kriss (flute), Mike DiRubbo (alto saxophone), Karel Ruzicka (bass clarinet), and Kenny Brooks (tenor saxophone). 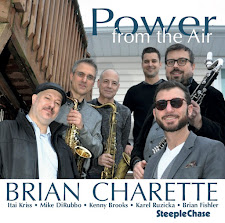 If you are familiar with the organist's music, you know that he likes to "swing" but also can be very funky.  His piece "As If To Say" rolls forward on a burbling organ bass line before dropping into a hard-bop free-for-all. The saxes and flute play a trance-like repetitive line while the organ introduces the melody.  The solos are short but powerful.  That's followed by Earle Hagen's classic "Harlem Nocturne" –– dig the slight dissonance in the reeds arrangement. The four-piece section really dig into the bluesiness of the piece yet also take a slight "free" turn before Charette's restating of the theme. The other "standard" is Ray Noble's "Cherokee" which jumps delightfully with the reeds playing a slightly altered arrangement of the main theme.  The leader takes a splendid joyride through the changes with Fishler's dancing drums as his co-pilot. Ruzicka dances through his solo followed by DiRubbo, Brooks, and Kriss – they make time to "trade 4s" with Fishler.
The melody for the funky and soulful "Want" is shared by the reeds before the drummer gets "down and dirty for the organ solo.  Back to the original rhythm for Kriss's delightful flute solo, DiRubbo's funky spotlight, Brooks short but pithy solo that leads into Ruzicka's tour-de-force that srars low in the bass clarinet's range and rises throughout. The album closes with "Low Tide", the only track other than "Harlem Nocturne" that has a ballad feel. There's a lot going on in this piece and the music builds in intensity throughout right up to the drums-fueled ending.
"Power In The Air" is yet another feather in the chapeau of Brian Charette.  The performances bristle with energy and creativity, the organ work is strong, and the drumming contains an energetic snap.  Give this album several close listens and it will work its way into your soul and your feet.
For more information, go to www.briancharette.com.
Here's the ensemble live in 2019 from Dizzy's @ Lincoln Center in February 2019: 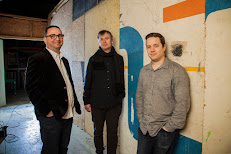 The trio of Kelly Jefferson (tenor and soprano saxophones), Artie Roth (acoustic bass), and Ernesto Cervini (drums, percussion, bass clarinet), a.k.a. TuneTown, are three of the busiest and creative musicians on the contemporary Canadian scene.  Together since 2016, the trio released its debut in late Summer of 2019.  That recording displayed myriad influences as well as the trio's delight in creating its own sound.  By the time that album was issued, they had already recorded their follow-up. 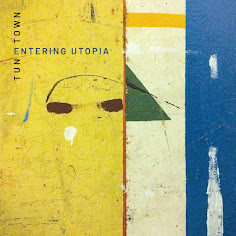 "Entering Utopia" (Three Pine Records) follows a similar format with originals from both Cervini and Roth, several group improvisations, and two standards.  All three musicians are leaders, all are excellent musicians and improvisors, so this music breathes with excitement and adventure.  The opener "Hello, Today" opens with Cervini hand-held percussion followed by a bluesy theme from Jefferson.  When Roth joins, the drummer turns to the drums set, kicking his bandmates forward. Everybody solos but the last half of the track show hows closely the musicians listen to each other. Cervini's "Layla Tov" ("Good Morning" or "Good Night" in Hebrew) opens with the bass and tenor sax holding one note while Cervini plays a melody on glockenspiel.  The bassist introduces the main melody which Jefferson then picks up on soprano. Roth's solo is quite melodic with just brushes-on-snare for accompaniment.  The soprano solo that follows is emotionally rich, melodic, and heartfelt.  Interspersed through the piece are the sounds of the drummer's family at the beach (the baby's infectious laughter is contagious).

Charlie Parker's "Cheryl" opens with a slow bass solo but soon the trio step out with Jefferson's tenor rising above the rampaging rhythm section.  Cervini's "Billyish" is a good companion piece, it's boppish head leading to a thundering drum solo before Jefferson's tenor steps out. Roth's thick bass sound gives the other two players a strong foundation to get creative.  "Flood, Deluge" is the longest of four group improvisations on the album –– Roth's droning then frantic arco bass sounds spark his companions to create their own paths in the song's maze-like construction. The bassist's "Memories Remain" is a lovely ballad during which the tenor sax and bass intertwine the melody through the opening several minutes.  Roth's highly melodic bass solo is supported by quiet brushes work and Jefferson's breathy tenor notes.  The bass counterpoint behind Jefferson's lovely solo is stunning (and pay attention to how the drummer also gets in on the melody. 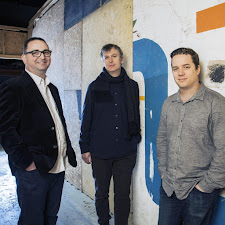 Roth's short (30 seconds) multi-tracked bass feature, titled "Looking Glass", serves as an introduction to "Blue Gardenia", the album's final track.  Composed in 1953 by Lester Lee and Bob Russell for the Fritz Lang movie of the same name, the piece was performed by Nat "King" Cole. Several years later, Dinah Washington had a big hit with the song, so big that he became one of her "signature songs" through to the end of her career (1963).  Cervini plays the melody on bass clarinet with Roth's strummed bass as the only accompaniment until Jefferson enters on tenor to play harmony and counterpoint. The two reeds wind around each other throughout with Roth creating a comfortable cushion for their tuneful interactions.
"Entering Utopia" is a delightful musical vacation trip. Our three tour guides play with fervor, emotion, and plenty of joy plus the sound of the performances is powerful, clean, and clear.  TuneTown is an apropos name for this fine trio!
For more information, go to tunetownjazz.com.  To hear more and to purchase the album, go to. https://tunetownjazz.bandcamp.com/album/entering-utopia.
Here's the trio performing "Billyish": 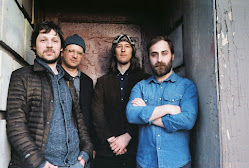 Pianist and composer Paul Bedal is another one of the fascinating artists that reside in Chicago.  After earning his undergraduate degree in Studio Music and Jazz Performance from the University of Miami, he returned to the Windy City to earn his Master's Degree in Film Composition form Columbia College Chicago.  He's co-led a band with saxophonist Caroline Davis, played and recorded with trumpeter Paul Dietrich as well as bassist Matt Ulery. The pianist issued his debut CD, "Chatter", in 2014, a quintet date featuring Ms. Davis and bassist Ulery. Bedal has since signed with the Chicago label BACE Records and issued another quintet album (2018's "Mirrors") plus his first album (2019's "In Reverse") with the quartet of Ulery, alto saxophonist Nick Mazzarella and drummer Charles Rumback. 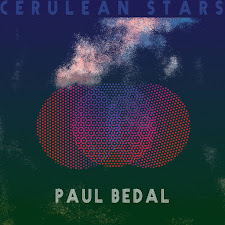 The same lineup returned to the studio in January of 2020 to create Bedal's new recording on BACE, "Cerulean Stars."  The pianist certainly created this music for these musicians with each of the seven compositions playing to their strength.  Both Rumback and Mazzarella have been on the Chicago scene for over a decade and are often heard in "freer" music settings.  Ulery, who is known for his excellent writing for large and small ensembles, is a "foundational" bassist, more concerned with keeping the beat steady and creating a solid bottom. Still, on the opening track "Iris", his counterpoint during the solos is a highlight. The saxophonist leans more in a melodic direction throughout the album yet there are moments, such as during his solo on "Panorama", when he rides the powerful drums and moves away from the melody. That melody, by the way, is quite well-drawn, giving the pianist a great base to create an impressive solo.  Speaking of impressive melodies, the title track comes in on a dancing alto sax song (carries a trace of Randy Newman) then moves forward into Mazzarella's solo with a bounce in rhythm section.  Pay attention to the leader's intelligent fills and short runs underneath then hear how they inform his enchanting solo. 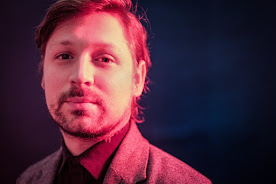 I have been listening to this music as well as Bedal's previous quartet album on my daily walks. There are moments when the music reminds me of Herbie Hancock's mid-60s Blue Note Lps (post "Watermelon Man") –– you can hear the resemblance in the flow of the material, in how the members of the quartet interact, and the movement of the rhythm section.  As a soloist, Bedal leans more towards Keith Jarrett, Fred Hersch, and occasionally, Bill Evans.  The combination of melody and rhythm on pieces such as "Summer Fade" and "Citrine" offers so much possibility that one would love to hear the band play live. 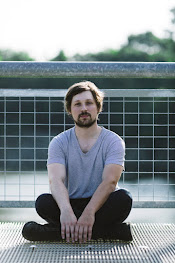 "Cerulean Stars" closes with "Free" –– the piece begins slowly and solemnly, in rubato, picks up somewhat in intensity during the sax solo but the rippling piano figure lead the listener to a soft close. This album is a joy from start to finish –– Paul Bedal is a mature composer with his ears attuned to his musicians and not to what's popular or hip. Not to say this music is "square"; no, instead from the opening moments, these songs enter the long and, hopefully, timeless river of Creative American Music, music that is always loving back and forward but never static.
For more information, go to www.paulbedal.com.  To hear more and to purchase Paul Bedal's music, go to https://paulbedal.bandcamp.com/album/cerulean-stars.
Here's a video of the title track:
Posted by Richard B. Kamins at 2:55 PM