Speaking In Other Languages 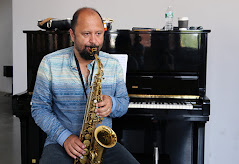 At first, listeners may be put off by the sounds of "Facets" (Pi Recordings), the new album from the fertile imagination of tenor saxophonist and composer Hafez Modirzadeh. Those of us who live in the United States, Canada, Great Britain, basically north of the Equator, are used to the 12-tone scale whereas elsewhere in the world, you will hear alternative scales, microtones, and more.  Often, those sounds puzzle us, sound dissonant (they are, to our ears), and just plain wrong. Yet, stay with what Modirzadeh is doing, listen all the way through, and then go back again.
Take a moment to go to https://hafezmodirzadeh.bandcamp.com/track/ask-me-now and listen to a track. 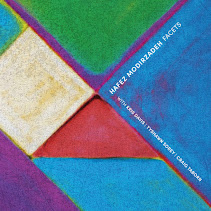 Chances are good your curiosity will lead you to consult the liner notes by the time you reach the second or third piece.  For the 18 songs on "Facets", Modirzadeh has retuned eight specific pitches on the piano. Those changes alter the resonances of the piano but allows the composer and  performers (pianists Craig Taborn, Kris Davis, and Tyshawn Sorey play on six tracks each) to create music that grabs our attention and never lets go.  There are two songs from Thelonious Monk ("Pannonica" and "Ask Me Now" -  listen above) and "Facet 34 Defracted" deconstructs both songs in one piece.  "Facet 32 Pearl" is based on "Variation No. 25" from J.S. Bach's"Goldberg Variations".  Both Taborn and Sorey play an improvisation and both tracks fit into the scope of Modirzadeh's visions. 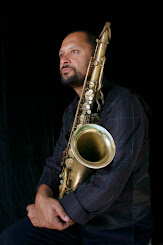 Do take the time to bathe in these sounds.  Pieces such as "Facet 31 Wake" (Ms. Davis playing solo) is emotionally as it mesmerizing while "Flow Facet" (Ms. Davis solo again) feels like hypnotic Southeast Asian marimba, Chinese folk music, and a touch of boogie-woogie in the left hand. The keening tenor sax creates creates a wordless prayer with the piano (Ms. Davis) on "Facet 28 Nora" while the following track,"Facet 29 Night" is a duo for tenor sax and Sorey's sparse piano chords.  The latter track also has a dream-like quality, creating a slow-moving set of mental pictures.  Taborn and Modirzadeh create a stop-and-start feel from the outset of "Facet 35 Ode B'kongofon" –– after a moment, the fluttering tenor sax solo flows over the stumbling rhythm.  Quiet piano chords (Taborn) usher in the saxophonist on "Facet 39 Mato Paha", a slow-moving tribute to a geological formation in South Dakota (the mountain's name comes from the Lakota tribe and translates to "Bear Butte"). Neither musician hurries, both the trance-like melody to resonate, to sink in.

The music on "Facets" is slow, at times meditative and trance-like, yet the deliberate tempi allow you time to digest and get accustomed to the sounds. Hafez Modirzadeh had previously used retunings on his 2112 Pi album "Post-Chromodal Out!", tying it closer to the Persian melodies of his ancestors than he does here by employing different instrumentation.  Both albums are fascinating and both are unique!

For more information, go to https://pirecordings.com/artists/hafez-modirzadeh/. 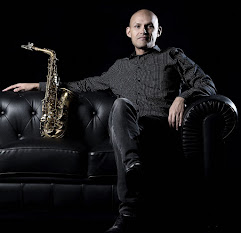 Speaking of creating one's own language, saxophonist, trumpeter, composer, and conceptualist Ornette Coleman (1930-2015) hit the ground running in the late 1950s and did not stop once in his long career.  Not only did the Texas-born Coleman change saxophone language but also how different rhythms can be utilized in acoustic and electric music.  Saxophonist and composer Miguel Zenón was first introduced to Coleman's music as a teenage student in his native Puerto Rico.  Later, as a member of the SF Jazz Collective, the ensemble created its inaugural program and tour (in 2004!) around the music of Coleman (arranged by Gil Goldstein). Yet, Zenón remains curious about the music and how it relates to the music he creates as well as the sound of his saxophone. 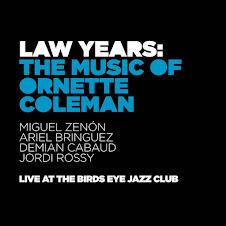 In May of 2019, Zenón assembled a quartet of musicians that he knew but who had never recorded together for a Coleman 91st Birthday Celebration in Basel, Switzerland.  Joining the alto saxophonist was tenor saxophonist Ariel Bringuez (Cuba), bassist Demian Cabaud (Argentina), and Jordi Rossy (Catalan).  Without much rehearsal, the band took the stage and the results can be heard of "Law Years: The Music of Ornette Coleman" (Miel Music).  Instead of picking really familiar tunes, such as the oft-recorded "Lonely Woman" and "Una Muy Bonita", the quartet explores "Giggin'" (from 1959's "Tomorrow Is The Question", Coleman's second Lp), "Dee Dee" (from 1966's "At The Golden Circle Stockholm"), "Free" (from 1960's "Change of the Century"), "Street Woman" and the title track (from 1972's "Science Fiction"), "Tribes of New York" (from a 2016 release of unissued tracks from the 1960s Atlantic sessions), and "Toy Dance" (from 1968's "New York Is Now").
The quartet have a ball with this music,  getting in to the joy of playing Coleman's playful melodies while creating solos that rise out of the pieces organically.  Check out "Free" –– I've not heard Bringuez before but he brings the fire as he and Zenón literally fly over the frantic rhythm section.  "Giggin'" blends the joy of bebop with the blues; Zenón sounds like he's having a blast as he dances his way through a four-minute solo.  Bringuez, who has worked with pianist Chuco Valdes and guitarist Hugo Fernandez, also solos with abandon. The title track opens with a short but powerful bass solo before the quartet lays down the melody. Their approach is reminiscent to that of the Atlantic Records Coleman Lps of the early 1960s. Cabaud, who has worked with the Lee Konitz-Ohad Talmor Big Band and vocalist Sara Serpa (among others) gets a longer spotlight right after the initial verse. Both the alto and tenor solos have tinges of flamenco music as well as moments of "free blowing".
The only ballad on the album, "Broken Shadows", shines from the opening moment. The interaction of the saxophonists (Zenón's keening tone and Bringuez's deep "blue" notes), the splendid bowed bass, and Rossy's intelligent cymbal coloring, all blend into a splendid performance.
"Law Years" closes with the medley of "Toy Dance/ Street Woman". The opening chorus and the subsequent solos swing with delight.  After a short drum break, the saxophonists return to the opening melody go right into "Street Woman". This song has a darker feel and the rhythms more forceful. Bringuez's solo has a great sense of urgency and provides the power for Rossy's thumping drum solo.  The waves of energy that come at you from the speakers as the pieces powers to is close makes you at to go right back to the beginning.  Even as the various vaccines bring relief to millions of people all around the world, it might be number of years before musicians get to have a gig as loose and freewheeling as Miguel Zenón did on this May night in 2019.  Pour a drink, turn down the lights, turn up the volume, and enjoy!
For more information and to purchase the recording, go to https://miguelzenon.bandcamp.com/album/law-years-the-music-of-ornette-coleman.
Here's the title track:
Braithwaite & Katz · The Tribes of New York - Miguel Zenon
Posted by Richard B. Kamins at 3:18 PM