Music That Challenges, Surprises, and Satisfies 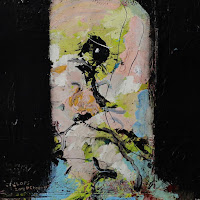 Pianist and composer Matt Choboter, originally from Vancouver, British Columbia, Canada, is currently, living, playing, and studying in three European cities (Copenhagen, Berlin, and Paris).  he's now signed to Greg Osby's Inner Circle Music label. His second album as a leader, "Spillimacheen" (named for a river in British Columbia), features trumpeter Simon Millerd and guitarist Maxime Rheault-Trembley in the front line plus bassist Cole Birney-Stewart and drummer Andrew Thomson providing the propulsion. Choboter is the driving force, the director, yet one gets the feeling throughout the album that he gives the band plenty of space to help re-shape (but not overthrow) his original vision for his compositions.

Choboter graduated from Capilano University in Vancouver and has gone on to study with pianist Jean-Michel Pilc and drummer Dan Weiss. He also spent a significant amount time in 2015 studying Carnatic rhythm and melody in India. All the influences play into his original music but not overtly. His pieces are often episodic with plenty of ensemble plating as well as lengthy solos, never sounding forced or over-thought. 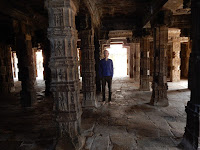 In the instance of the two pieces in the middle of the program, the title track and "Meaninglessness", the two long tracks (8:42 and 13 minutes respectively) move into each other as if this was a concert presentation. Millerd's breathy solo at the end of "Spillimacheen" pours over into the following track.  The trumpeter continues to solo after the theme section (which he shares with the piano).  Notice how the song dissolves a third of the way with Thomson taking a short solo that has the feel of a First Nations  (Canadian Native Americans) drum chant before Choboter changes the direction of the music once again.  Sit back, listen to how all of the musicians can be heard, how what they play, even if is quiet riffs or gentle cymbal splashes, in integral to the music.

In case one thinks all of Choboter's music has an "inward" feel or is introspective, just listen to the power of the band on "Outsider."  Thomson really pushes this music forward as does the leader, especially in his exciting solo (notice how the snare is in sync with the piano notes). "Soweto" follows and, while the music tiptoes in on bowed bass and squealing trumpet, once the chiming piano chords enters, the music becomes like a whirling dervish, stopping to allow in the trumpet yet continuing to dance forward.

At 80 minutes, "Spillimacheen", like the river that gives the album its name, twists and turns, bubbles and then becomes calm, changing with every melodic or rhythmic idea.  Matt Choboter makes modern music that is every bit as intriguing as his grandfather's painting that graces the cover of the album.  Take your time and dive in to this music with an open mind and heart.

For more infraction, go to mattchoboter.com. 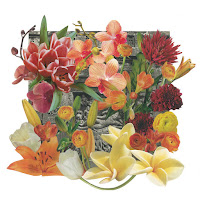 I have listened to and talked with guitarist Mike Baggetta since the mid-2000s when I discovered his duo music with trumpeter Kris Tiner in their duo known as TinBag).  Over the last 15 years, the guitarist has crafted quite a career with a quartet that recorded for Fresh Sound New Talent (and featured saxophonist Jason Rigby) to solo work to a reunion with Tiner and a trio with drummer Billy Mintz and bassist guitarist Jerome Harris.  His latest album, "Wall of Flowers" (Big Ego Records), is a trio disk, this one with bassist Mike Watt (Minutemen) and drummer Jim Keltner (whose credits date back to the 1960s and include legends like Joe Cocker, Leon Russell, George Harrison, Charlie Watts, Ry Cooder, The Traveling Wilburys and many, many more). 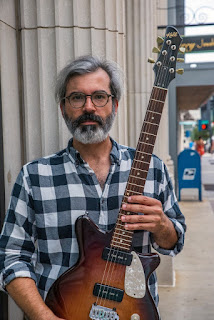 What you have here is a delightful potpourri of sounds ranging from quiet ballads to wailing guitar workouts.  The album opens with "Hospital Song (intro)", a solo piece featuring several overdubbed guitars that leads into the trio version of "Hospital Song."  The rhythm section lays down quiet a beat and Baggetta's overdubbed guitars play a handsome melody that to these ears display a California twang (he's a native of Agawam, Massachusetts - go figure).  There are also two versions of "Blue Velvet", one for solo acoustic guitar, and the other a duo for Baggetta's electric guitar and Keltner's quiet shuffle rhythm.  Both expose the handsome melody (composed in 1950 by Bernie Wayne and Lee Morris) and leave room for solos built off that recognizable tune.  There's a sinister feeling to "I Am Not A Data Point", starting with the circular bass line which leads into Baggetta's howling, argumentative, guitar sounds (quite like Jimi Hendrix's noisy experiments with his tremolo bar/Whammy Bar). Watt holds it all together while Keltner skitters and jiggles across his snare and floor tom.  There's a similar feel to "Dirty Smell of Dying" with Baggetta's overdubbed guitars screaming, strumming, and howling in the distance over the rhythm section. The bass and drums take centerstage in the last third of the tune - the mix has Keltner's kit spread across the audio spectrum with Watt's bass right in the middle.

The album closes with the title song, a tune that starts slowly with melodic guitar chords over the solid rhythm section.  The piece take sit time to move through the melody but when Baggetta steps into his solo, the music picks up in intensity.  No overdubs, just the guitarist working with and interacting with the bassist and drummer from beginning to end.

"Wall of Flowers" is a powerful recording. Yes, it shows off the compositional and guitar skills of Mike Baggetta as well as his mastery of the studio but, first and foremost, it's a trio gig.  The guitarist has a strong connection with bassist Mike Watt and drummer Jim Keltner and everyone sounds invested in the project.  Since the beginning of 2019, there have been a number of guitar trio albums released (Joe Policastro Trio, David Torn's "Sun of Goldfinger" with Tim Berne and Ches Smith, Typical Sisters, and Lapis Trio, all but the last "electrified") - "Wall of Flowers" is no wallflower in the bunch and is worth your time to explore.

For more information go to mikebaggetta.com.