Ben Monder has been a part of the Creative Music scene for over three decades performing and recording with the likes of Paul Motian, Lee Konitz, David Bowie, Marshall Crenshaw, and the Maria Schneider Orchestra (among a whole slew of artists).  He's issued, at least, 13 CDs as a leader or co-leader and appeared on dozens more. There was a time that the writer thought his sound was close to that of Bill Frisell but, in actuality, Monder's style is very much his own, his attack is different, his use of electronics, solo style, all different.  However, both he and Frisell are consummate believers in the power of melody. 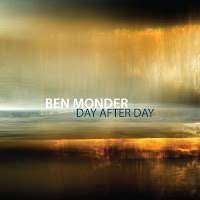 Which brings us to his latest solo effort.  "Day After Day" (Sunnyside Records). It's a double album set, the first CD recorded in April 2018 on which Monder plays solo while the second disk was recorded over two days in early October 2018 with bassist Matt Brewer and drummer Ted Poor. All songs on both albums are "standards" (of a sort), many from the 1950s and1960s, as well as a solo reading of Olivier Messiaen's "O Sacrum Convivium" , a choral piece composed in 1937. And, it fits right in. The melody, as faithfully played by Monder, sits comfortably next to songs such as Johnny Mercer/Johnny Mandel's "Emily" and Guy Wood and Robert Mellin's "My One and Only Love."

While the acoustic side is quite gentle throughout, the trio album opens what sounds like a straight-forward reading of Jimmy Webb's "Galveston." Well, it opens fairly conservatively but three-quarters of the way through, Monder steps on the high-volume pedal and lays down a fiery solo, one that ignites Poor's drums right down to the finish.  "Dust", from the pen of Danny Kirwan during the final months of his work with Fleetwood Mac, is a lovely medium-tempo ballad that the trio plays acoustically (Poor uses his brushes).  There's a beautiful guitar and drums (note the impressive cymbal work by Poor) reading of George Harrison's "Long, Long, Long" (from the 1968 "The Beatles" or, as most people know it, "The White Album") and a "swinging", brought sunshine, take of Richard Carpenter's "Only Yesterday." John Barry's "Goldfinger" sounds like Black Sabbath and features a deft shredding of the melody, especially during the delightful solo. Nice take of David Gates's "Guitar Man" (Gates wrote all the music for Bread, a group he led from 1968-73) with delicious plucking throughout. 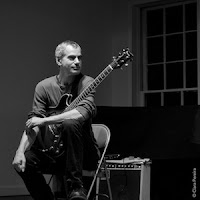 The second disk closes with the title track, the song that Pete Ham wrote for Badfinger.  The original version features the slide guitar work of George Harrison.  Monder's version, recorded for multiple electric guitars and effects (and sans rhythm section), deconstructs the piece, resulting in a fascinating and slow, mostly rubato, performance of the melody.  Such a psychedelic close to the entire program, one that does not truly resolve but fades slowly. It took this listener several times through to find the melody: yet, the piece draws the listener in on the power of the long, drawn-out chords and roaring notes.

"Day By Day" is a handsome portrait of the many sides of guitarist Ben Monder.  At times playful, other times contemplative, always thoughtful, the songs, many of which many listeners should recognize, pull their power from our memories as well as the guitarist's creative arrangements and impressive musicianship.  Listen closely!

For more information, go to www.benmonder.com.

Here's the opening track on disk 1: 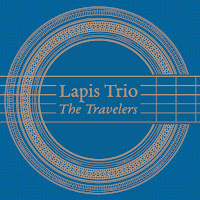 "The Travelers" (Shifting Paradigm Records) is the debut album from the Lapis Trio, an acoustic group composed of Casey Nielsen (guitar, compositions), Dan Thatcher (bass), and Tim Mulvenna (percussion).  Based in the Chicago area, the group has been together since 2014 and are dedicated to playing Nielsen's compositions.  Both Thatcher and Mulveena are busy musicians with the former currently holding down the bass chair in Lucas Gillan's Many Blessings while the latter has worked with Ken Vandermark, the late Fred Anderson, and John Abercrombie.  Nielsen also leads a "standards" trio plus is quite busy teaching both jazz and classical guitar.  He's also worked and recorded with vocalist Christy Bennett. 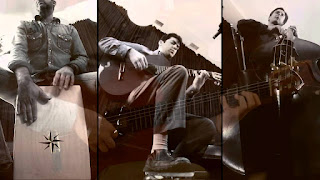 The music on the Trio's debut album, lovingly recorded and mixed by the guitarist's brother Dana (best known for his work on albums by Smashing Pumpkins, the Avett Brothers, and Neil Young), covers much territory. The program can best be described as a pleasurable of classical, folk, pop, Brazilian, and jazz influences.  Thatcher is quite the supportive as well as adventurous bassist and a fine soloist (check out his work on "Scatalogical Humor" for his smart solo and delightful counterpoint). Mulvenna's main work is on cajon (as pictured above) but he also adds other hand percussion and cymbals. 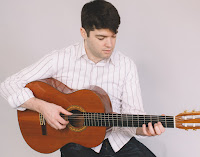 The sound of the group is somewhat reminiscent of the trio recordings guitarist Tim Sparks made for Tzadik but the compositions are quite different.  Nielsen creates a lovely melody for "Culver City" - listen to the depth of his sound, the clarity of the melody and the notes he plays. There's plenty of improvisation but first pay attention to the "stories" the band creates. If you pay attention, you'll soon sway with the rhythms of "Clavé" and it's hard not to dance to the "popping" percussion on "The Fischer" yet don't miss the excellent bass counterpoint, the well-developed melody line. and Mulvenna's witty work.

"The Travelers" has such a light feel one cannot help to his or her spirits raised as you "travel" through the seven-song program.  Lapis Trio is a refreshing change as those of us in the northern half of the United States move into Springtime.  The charity of the sound and the richness of the compositions plus the delightful musicianship makes the Trio's debut album an aural treat!

For more information, go to shiftingparadigmrecords.bandcamp.com/album/the-travelers.

Here's the title track recorded in a live setting: 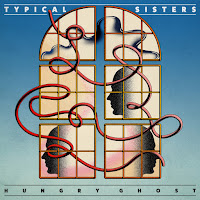 "Hungry Ghosts" is the second recording from Typical Sisters and the first to be issued on Outside In Music. The trio - Gregory Uhlmann (guitars), Matt Carroll (drums), and Clark Sommers (bass) - first played together in Chicago in 2009 and has stayed as a working unit although the guitarist moved to Los Angeles in 2010. He returned to Chicago to record the band's 2016 self-titled debut album (issued of ears&eyes Records).  Although the three musicians have busy careers as sidemen, this project and music is quite important to them.  One of the more attractive elements of the group is how the songs have all sorts of influences yet stand on their own. 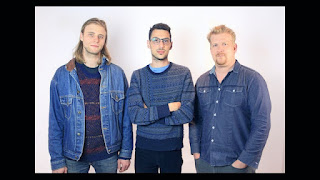 Pieces such as "Goner" and "Excavate" have great power. In the case of the former, it's the hard-edged guitar and, in the latter, it's the powerful rhythm section. When Uhlmann jumps into his solo on "Excavate", Sommers and Carroll push him forward with thunderous playing.  The title track hearkens back to the sound of Peter Green's Fleetwood Mac around the time of "Oh Well" and the album "Then Play On."  The influences of the blues can be heard and felt on "Portrait Of a Fast Moving Object" - Uhlmann pushes against the steady drone of the rhythm section with his hard-hitting solo
(and overdubbed rhythm guitars).

I grew up listening to the great guitarists of the 1960s and 70s but also paid attention to groups such as Pell Mell (from Portland, Oregon) and the guitar music of Tom Verlaine.  While Typical Sisters often "rock out" on this album, there are pieces where the melody is just important.  There's a folky feel to "Benjamin" and a gentleness to the album closer, "Young and Foolish" (an original tune, not the "pop" song from the mid-1950s).  Stand-out work from Clark Sommers (a lovely "thick" yet "buttery" tone) and Matt Carroll (his ballad playing is so subtle) plus the excellent guitar work of Gregory Uhlmann make "Hungry Ghost" a pleasure to listen to over and over.

For more information, go to www.gregoryuhlmann.com.

Have a listen to "Goner":