Henry Threadgill, composer, arranger, saxophonist, flutist, 2021 NEA Jazz Master, and Pulitzer Prize winner (2016), and bandleader, is in the midst of an amazing career.  An early initiate into the AACM (Association for the Advancement of Creative Musicians), he has steadfastly gone his own way for the past five-plus decades.  Mr. Threadgill has led numerous ensembles of varying sizes but the longest running of them all is Zooid. The quintet –– Mr. Threadgill, Liberty Ellman (guitar, mixing and mastering), Jose Davila (tuba, trombone), Christopher Hoffmann (cello), and Elliot Humberto Kavee (drums) –– has had a fairly stable lineup since 2001 when Pi Recordings issued the ensemble's debut album "Up Popped the Two Lips".  At that time, Dafnis Prieto was the drummer and Dana Leong the cellist. Kavee joined for 2009's "This Brings Us To, Vol. 1", an album that also featured Stomu Takeishi on acoustic bass guitar. Cellist Hoffman joined for 2012's "Tomorrow Sunny/ The Revelry, SPP" playing alongside Takeishi whose departure created the current lineup. The group's 2015 album, "In For a Penny, In For a Pound", led to Mr. Threadgill receiving the Pulitzer for music. 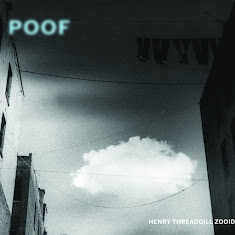 Now there is "Poof", five new originals from Mr. Threadgill, all of which contain the unique Zooid sound. In a recent WBGO podcast during which hosts Nate Chinen and Greg Bryant picked six albums to pay attention to this Autumn, Chinen said that "Zooid sounds like no other band on the planet."  Absolutely right –– it's also true that none of the ensembles Mr. Threadgill has organized over his career has sounded alike or like anything else.  There is no mistaking the leader's tart tone, long phrases, short riffs, and his ability to climb in and out of the flow.  The composer blurs the lines between composition and improvisation so that one flows into the other throughout any given song.  Ellman's mix is so clear that even when everyone is playing at the same time, you hear voice clearly. 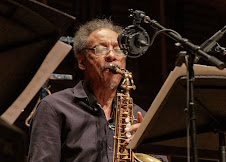 Mr. Threadgill's use of space, silence, and sonic juxtaposition is just so impressive.  When the guitarist goes into his solo on "Poof on Street Called Straight", everyone else drops out. When the ensemble returns, the alto sax leads the way with cello, guitar, and tuba playing counterpoint.  Davila switches to trombone on "Beneath The Bottom" and he too gets an unaccompanied solo.  The deliberate pace of the early part of the song continues for more than half of the piece until the group breaks into a quicker tempo for the continuation of Davila's solo.  Hoffman plucks out the bass line, Kavee locks in with him, and the piece takes on a modern "funky" feel.
"Poof" closes with "Now and Then", an uptempo mover and shaker during which Mr. Threadgill's piercing alto sound is only hear for the five seconds at the onset of the song and again for the last 30 seconds. In between, the quartet, led by Ellman's rollicking guitar, Davila's dancing tuba, and Hoffmann's cello counterpoint, take a high-energy aural journey.  Quite impressive.
Honestly, either you surrender to the amazing music of Henry Threadgill or you tip-toe around it. He asks a lot of his musicians and of his audience.  "Poof" is the best Henry Threadgill album since the last one and we are excited to see and hear where this Music Master goes next!
For more information, go to www.arts.gov/honors/jazz/henry-threadgill.  To purchase this and other albums by Zooid as well as other Henry Threadgill recordings, go to
https://henrythreadgill.bandcamp.com/album/poof.
Hear "Beneath the Bottom":
Posted by Richard B. Kamins at 7:56 AM