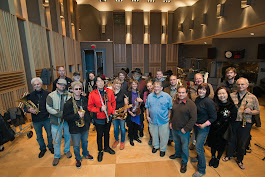 The Jazz Composers Alliance was founded in Boston, MA, in 1985 to create a public forum for new jazz compositions. Over the course of its existence, the JCA has created a home for area-based composers such as Darrell Katz, David Harris, Ken Schaphorst, Laura Andel, and others as well as sponsoring artists-in-residence programs in the Greater Boston area. The organizations has brought artists such as Julius Hemphill, Sam Rivers, Michael Gibbs, Maria Schneider, and many more to work with composers and musicians.  To play the music, there is the JCA Orchestra composed of many of the finest musicians/ educators in the area.  Albums have been issued on Innova, Leo Records, CIMP, Cadence Jazz Records, and its own JCA Recordings. 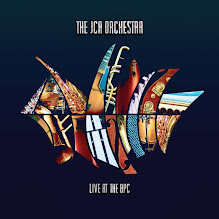 The JCA Orchestra's latest is "Live at the BPC" (JCA Recordings) –– recorded on October 4, 2018 at the Berklee Performance Center, the program features six original works; two by David Harris and Mimi Rabson plus one each from Bob Pilkington and Darrell Katz.  Ms. Rabson's exciting "Romanople" opens the proceedings and its an exciting blend of Turkish rhythms, semi-formal "Roman" marching band music, and the score for a war movie, not unlike Nino Rota's screen scores for Federico Fellini.  Ms. Rabson also contributed the final track, the tongue-in-cheek "Super Eyes-Private Heroes".  The music blends the bombastic approach of themes from James Bond movies with the soundtracks of television shows like "Mannix" (Lalo Schifrin), "The Rockford Files" (Mike Post), and "I Spy" (Earle Hagen).  Solos from Ms. Howell-Brooks (bari sax), Ms. Davies (violin), and Harris (trombonist) enliven the already over-the-top proceedings. 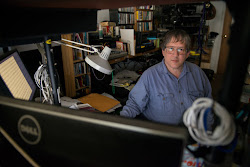 Katz's "A Wallflower in the Amazon" (the composer is pictured left), the title track of his 2010 Accurate Record recording, is the longest (18:53) and most episodic of the pieces. Ms. Shrimpton sings the words of the late Paula Tatarunis, Katz's wife, her voice leaping and hopping through the story while saxophonists Stone, Ms. Haruvi, and Scarff intertwines lines around Sabattini's trumpet, the rocking drums and tumbling marimba lines.  After a raucous climax, Ms. Shrimpton returns to the "story" while the brass, reeds, and electric guitar groan sans rhythm (although drummer Smith joins the building fray). After another climax, the piece moves gently to its close, the lyrics serving as an epilogue. 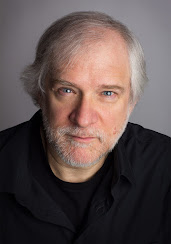