Songs We Sing, Songs We Play

John Hollenbeck, a composer, arranger, bandleader, drummer, percussionist, Professor, and now a label owner (more below), received a commission in 2010 from the Frankfurt Radio Big Band and began a project he called "Songs I Like a Lot"(Sunnyside Records).  He enlisted vocalists Kate McGarry and Theo Bleckmann plus pianist Gary Versace. The album was issued in 2011 featuring songs by Jimmy Webb, Ornette Coleman, Queen, and more.  Four years later, the entourage reassembled (Uri Caine taking over the piano choir for all but one track) and issued "Songs We Like a Lot" (also Sunnyside). That album included songs by Burt Bacharach/ Hal David, Cyndi Lauper, and others including two Hollenbeck originals. At that time, Hollenbeck said that the project would be a trilogy with fans around the world sending in suggestions for the final installment. 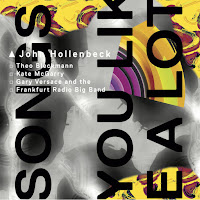 For this album, Ms. McGarry and Mr.Bleckmann built a list of the Top 20 vote getters and, without the drummer's input, chose seven songs.  Not surprisingly, the new album is titled "Songs You Like a Lot" and is issued on Hollenbeck's newly-formed Flexatonic Records label (available through Bandcamp with all profits going to Black Lives Matter).  Everyone is back with Versace on all eight tracks. The eight-song program (one Hollenbeck original) ranges from the traditional folk song "Down To The River to Pray" to The Bee Gee's "How Deep Is Your Love" plus James Taylor's "Fire and Rain", "Pure Imagination" (from the original "Willie Wonka and The Chocolate Factory" movie, and a fascinating deconstruction of the Brain Wilson classic "God Only Knows", titled here "Knows Only God."

Starting with The Beach Boys tune (that closes the album), Hollenbeck the arranger switches sentences around, speeds up the tempo, uses Versace's organ to shadow the vocals, and the reeds and brass for fluttering colors, powerful blasts, and thumping beats.  On initial listens, the song is off-putting but subsequent listens unveil brilliant new harmonies and reveals the emotions. The fiery ending is a gas.  The performance is truly a tour-de-force!

No matter how you feel about The Bee Gees, Hollenbeck reinvents "How Deep Is Your Love" with the reeds playing Steve Reich-like figures along with the guitar. Both vocalists embrace the melody and lyrics with great emotion but never overdue. Ms. McGarry and Mr. Bleckmann sing one of the choruses in unison, the latter's falsetto absolutely beautiful.  Steffen Webber's powerful tenor saxophone solo kicks the band up a notch.  The lone trumpet of Axel Schlosser kicks off Peter Gabriel's "Don't Give Up", sounding like a tribute to the composer's songs for Genesis.  When the voices come in (Ms. McGarry has the Gabriel part while Mr. Bleckmann takes the place of Kate Bush), the song changes directions. Note the lovely deep brass and organ plus the sweet soprano sax right before the soulful/ gospel section sung by Ms. McGarry.  The ending is a hoot, a "revival meeting" powered by the playful electric bass of Hans Glawischnig and the repetitive "Don't Give Up." 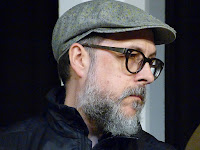 The opening track, the traditional "Down to The River...", is a piece you will play over and over.  There is so much going on yet the piece never feels cluttered. Listen for the vocal harmonies, the fine solos (acoustic bass, piano, and Martin Scales on guitar), how the melody and background changes each time through the simple homily/ verse culminating in full band sound that resembles the Shaker Hymn rearranged by Aaron Copland for his "Appalachian Spring."

Each album in the trilogy, all available digitally through Flexatonic Records (link is below), is filled with intelligent arrangements, brilliant vocals, impeccable musicianship, and the overall emotion that music, whether familiar or not, can bring the listener a sense of wonder, feelings of joy, and hope for better times.  Kudos to John Hollenbeck, brava to Kate McGarry, Theo Bleckmann, Gary Versace, and the Frankfurt Radio Big Band––savor all these sounds.

Massachusetts native, saxophonist, flutist, composer, arranger, and educator Dave Pietro moved to New York City in 1987. Over the past 33 years, he has worked with the Maria Schneider Orchestra, Darcy James Argue Secret Society, and spent 1994-2016 as the lead alto saxophonist in the Toshiko Akiyoshi Jazz Orchestra. His list of sideman gigs ranges from jazz acts to pop/ rock singers to studying and performing East Indian music with tabla master Sandip Burman.  Pietro has issued seven CDs as a leader, the most recent "New Road: Iowa Memoirs" crowd-financed through ArtistShare. For that album, he convened a group that included Alex Sipiagin (trumpet, flugelhorn), Gary Versace (piano), Johannes Weidenmueller (bass), and Johnathan Blake (drums) with perciusionist Rogerio Boccato contributing on percussion. 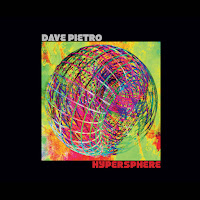 Those same musicians, plus trombonist Ryan Keberle, reconvened in June of 2019 to record Prieto's new ArtistShare album "Hypersphere."  The title refers to multi-dimensional sphere of four or more dimensions––if you are curious, click here.  These musicians are all first-class improvisors and Prieto writes to their strengths.  But, this is not merely a "blowing" album. The leader writes intelligent, well-constructed, melodies with smart harmonies plus the music often gives the rhythm section the opportunity to determine the flow. Listen to how he makes the six or seven piece ensemble (Boccato appears on six of the nine tracks while Keberle plays on five) sound like a 10 or 12 piece band with his fine voicings and overlapping melodies on many of the themes.  When he and Sipiagin blend their voices (as they do on the title track and on "Incandescent"), the songs remind this writer somewhat of the Andrew Hill especially on his 1999 Palmetto album "Dusk".  Blake, who now plays alongside the saxophonist, Versace, and Keberle in the Maria Schneider aggregation, is a powerhouse throughout the recording.  Just listen to how he and Weidenmueller combine to push the ensemble forward on "Quantum Entanglement" as well as on the opening track "Kakistocracy."

The opening of "Boulder Snowfall" features overdubbed flute. Following the intro, Pietro takes off on a long, delightful, solo that uses the song's melody as a touchstone. Versace's richly melodic solo starts as a duet with bassist Weidenmueller that soon adds Blake to the mix––the three rides the rhythmic waves for several minutes.  The chiming sounds of an electric piano leads the ensemble into "Tales of Mendacity" which is a musical comment on the attack on truth going on all around us.  The blend of Blake's martial drumming and the gently chiming electric piano underneath Pietro's flowing solo is a highlight of the first half leading into Sipiagin's dancing solo.

The album closes with "Orison", an archaic word for "prayer".  After a handsome solo bass intro,
Boccato's bells and hand percussion plus Blakes's exploration around the drum kit underpin the lovely three-way melody.  Keberle steps into his short, yet, heartfelt solo, joined half-way through in conversation by Sipiagin's flugelhorn––Pietro on soprano sax and Versace's acoustic piano join the those voices until the four parts join together in melody while the drums create a righteous storm.

"Hypersphere" is intelligent, often powerful, music, an album that blends strong compositions with excellent musicianship without sounding technical or emotionless.  Dave Pietro, the composer, is responding to the world around, to the crazy shifts in politics and, in hindsight, in global health, reminding us we are stronger when working together than standing apart.

For more information, go to www.davepietro.com. To purchase the album, go to https://www.artistshare.com/Projects/Experience/361/515/1/Dave-Pietro-Hypersphere?v=2 or to https://davepietro.bandcamp.com.