The Powers That Be (solo piano & legendary songwriter) 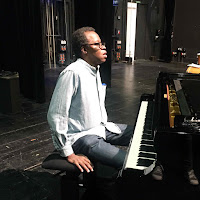 Matthew Shipp is an artist who always has gone his own way.  His frequent collaborations with artists such as saxophonist David S. Ware, bassist William Parker, saxophonist Ivo Perelman, and others plus his dozens of albums in various sized-ensembles for labels such as ESP-Disk, Thirsty Ear, Hat Hut, CJR, and others, offer adventurous listeners journeys to exotic places and powerful sounds.  He's recorded 10 solo albums through his career; Shipp does not necessarily change the way he plays but one can really hear his active and exciting left hand, the lower registers often creating the storms and incessant rhythmic fire that excites the listener. 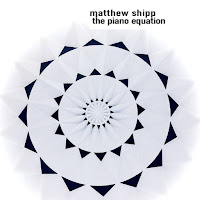 "The Piano Equation" is the pianist's debut album for Tao Forms, the brand-new company formed by Shipp's former drummer Whit Dickey (who he has known since 1992).  The 11 pieces are exploratory in nature, that illustrate where the artist was on May 22, 2019, in a mental and physical space where melody, rhythm, harmony, abstractions, drones, and fiery solos exist, often within the same piece.  The majority of the material come in under five minutes but the listener is never cheated.  Pieces such as "Land of the Secrets" and "Tone Pocket" are piano explorations that contain rich melodic passages; the former has the feel of a song written for a movie while the latter vena in a similar fashion before Shipp builds the intensity.  The blues permeates the opening minutes of "Vortex Factor"––there's a short section when the left hand captures the power of "Fats" Waller and another where you hear a tinge of Cecil Taylor. 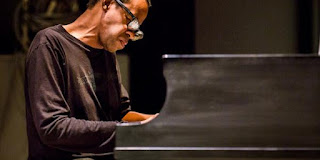 One cannot picture Matthew Shipp being anyone but himself.  He has long pushed against borders, labels, eschewed cliches and easy listening. Yet, as he has matured and continued to master his instrument, the pianist, composer, and conceptualists has truly become his own person. Don't bother putting a label on this music––"Vortex Equation" is Matthew Shipp in, arguably, one of the finest albums he has ever created.

For more information, go to www.akamu.net/shipp.htm.

Pianist John Di Martino has fashioned and long and exciting career as both a sideman and leader.  Born in Philadelphia, PA, he studied with hometown legend Jimmy Amadie and with Lennie Tristano. He has recorded and toured with artists such as Ray Barretto, Freddie Cole, Houston Person, Nicki Parrott, Bobby Sanabria, and others while issuing numerous albums for the Japanese Venus label and several others.

For his latest album, "Passion Flower" (Gemini Music/ Sunnyside), he toured to the music of Billy Strayhorn while assembling a group that includes bassist Boris Kozlov, drummer Lewis Nash, and tenor saxophonist Eric Alexander plus one notable vocal contribution from Raul Midón. 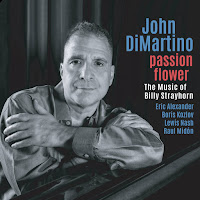 It's no surprise that Di Martino chose Strayhorn's music as both the musician and the great composer (1915-1967) share a penchant for melody.  Strayhorn, whose association with Duke Ellington and his Orchestra, is well-documented, was plucked out of Pittsburgh after Maestro Ellington heard his songs, many of which seemed as if they were made for his Orchestra without sounding truly "Duke-ish". Even though one made heard the majority of these songs many times played by many different artists, it's fun to spend an hour in the company of these musicians and songs.  Midón does a splendid job on "Lush Life" and the trio (Alexander sits this one out) elegantly frames his voice so that one cannot help but hear the pathos in the lyrics. 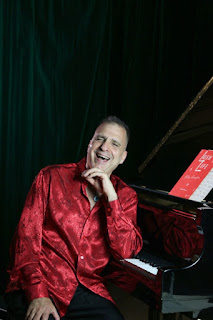 There is a great amount of swing to be heard here.  Right out of the gate, "Johnny Come Lately" dances its way into your ears.  The quartet dances through "Isfahan (Elf)" which includes a most melodic turn by Kozlov. It's such a treat to listen to the rhythm section throughout the album but especially here in support of the soloists.  Alexander lays into his spot, showing his blues chops and delight in dancing with the accompanists.  His tenor attack on "U.M.M.G." catches the anxiety of the song's composer as he is being treated for cancer. Yet, the song has such an exciting forward motion even when Kozlov steps out over the active brush work of Nash and the distant saxophone.  "Blood Count" follows, a dark emotional ballad––in fact, one of Strayhorn's last compositions which he finished in the hospital––that features Alexander and Di Martino only. The tenor solo is stunning, powerful, yet lyrical.  Tunes that have recorded hundreds, if not thousands of times, such as "Chelsea Bridge" and "Take The A Train" still stand tall as the musicians imbue the music with such spirit and emotion. The former retains its impressionistic feel while the latter opens with a driving duo of saxophone and drums.  When the rest of the band enters, the music goes racing down the tracks.

The final three tracks all reference flowers in their titles.  "A Flower Is a Lovesome Thing", one of Strayhorn's earlier works, is a piece for solo piano; the emotional richness of Di Martino's performance is breathtaking.  "Absinthe (Lament for An Orchid)" has such a mysterious feel with its subtle medium-tempo dance, almost a tango.  The album closes with "Lotus Blossom", another solo performance by the leader.  An older Strayhorn tune, another one that had several titles before the composer settled on its final name, was an Ellington favorite. Originally written for Johnny Hodges, the piece has a classical feel without hewing to one style. Here, it is a perfect choice to close the program as it reminds the listener once again what a melodic composer Billy Strayhorn and why his music never goes out of style.

One may pass on "Passion Flower" but do so at your own loss.  John Di Martino and his cohorts create a program that may seem familiar yet is so passionate, emotionally rich, lively, and heartfelt that Billy Strayhorn's songs come to life.  Listen and learn!

For more information, go to johndimartino.com.  To purchase the album, go to sunnysiderecords.bandcamp.com/album/passion-flower-the-music-of-billy-strayhorn.