Saxophonist and composer Tineke Postma (alto and soprano saxes) has returned to recording after a six year sabbatical. Not that she wasn't active: Ms. Postma became a mother while continuing to play and write, emerging in late 2018 to perform at The Kennedy Center Honors during its tribute to Wayne Shorter. In December of that year, she gathered the musicians she had been rehearsing with –– Dan Weiss (drums), Ralph Alessi (trumpet), Kris Davis (piano), and Matt Brewer (acoustic and electric bass) –– and recorded "Freya", her debut album for Edition Records. 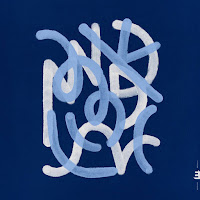 In Frisian and Norse mythology, Freya is the goddess of creation, love, and fertility.  The title track has a lively melody pushed forward by the lively work of Weiss and Brewer (electric bass). One fo the hallmarks of the entire program is how "open" the rhythms are; the drummer is free to move around while the bassist often the foundation. Yet there are times, especially on "Aspasia and Pericles", the two respond to the soloists and the music floats. Aspasia was Pericles's partner in all things but marriage as she was not born in Athens. Listen to the interactions on this piece as all five musicians are having a conversation through the second half of the song.  "Geri's Print" is dedicated to the late pianist Geri Allen whom Ms. Postma and recorded and performed with. Again the interactions of soprano sax and trumpet are exhilarating while Ms. Davis's piano displays her originality, in fact her biggest tribute to Ms. Allen is just being herself as the late pianist was throughout her career.

"Juno Lucina" celebrates a Roman Goddess of Childbirth who was also a ruler of the heavens. After a bit of stop and start from the bass and drums, the alto sax and trumpet read the tricky theme.  Ms. Davis comes in at the opening of the trumpet solo (Alessi plays splendidly throughout) with angular chords pushing against the rhythm section while responding to the soloists.  There's a sense of urgency throughout, none more so than during the powerful piano solo.

"Freya" also includes two short "Interludes", a pair of gives-and-takes of trumpet and soprano saxes.The first is comprised of short phrases that lead to longer tones by the end of its 84-second run. "#2" is 10 seconds shorter, a bit more introspective but still a conversation. The piece closes there album on an up note leaving the listener expecting and wanting more.

Tineke Postma makes us pay attention, makes us hear those mysterious spaces where composition and improvisation are blurred as well as what occurs when musicians are allowed to interact freely and respectfully. "Freya" is an album one can listen to two, three, four, times back-to-back and discover something new with each listen.

For more information, go to www.tinekepostma.com.  To listen and purchase the album, go to https://tinekepostma.bandcamp.com/album/freya.

Listen to the musical story of "Aspasia and Pericles":

Bassist, composer, and arranger Anne Mette Iversen, now a resident of Berlin, Germany, first organized her "American" Quartet in 2002 when she was a resident of Brooklyn, NY.  Tee original members –– John Ellis (tenor and soprano saxophone), Danny Grissett (piano), and Otis Brown III (drums and cymbals) –– are still there. The "+1" that now is appended to the group's monicker is Swedish trombonist Peter Dahlgren who first recorded with the bassist on her 2014 "So Many Roads", an album that featured the Quartet +1 plus a string quartet. 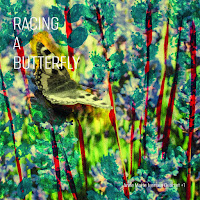 "Racing The Butterfly" (BJU Records) is the ensemble's first album in three years. The album takes its name from an encounter Ms. Iversen had with a curious butterfly as she was running through a field of lavender on a dirt road in the French region of Provence. The butterfly flew alongside for a while then dipped and swirled around her head, racing forward, dropping back.  As the composer describes the experience "It was the fun, the enjoyment, the playfulness and lightness that was so beautiful and which nature displayed so naturally, that made me feel that I really ought to celebrate those sides of life more than I have previously done in my music." And, you can hear the effects of her experience throughout the 49-minute program.  Listen to the title track below to hear her playful musical take on that run through the fields. As an added experience, Ms. Iversen later discovered a poem from Günter Grass from his 1967 collection "Augesfraght" (Questioned Out) titled "Tour de France" that reads: "When the leading bunch/ were overtaken/ by a brimstone butterfly/ many cyclists gave up the race."

Among the many highlights is the two-part "Parallel Flying" that runs over 11 minutes altogether. "Part 1" is a lovely, introspective, ballad rumination while "Part 2" hits the ground running after the melodic piano opening. Brown III and Ms. Iversen lock into the high-flying groove giving the front line a strong foundation to create three dancing solos.  Later in the program is the short (69 seconds) "Butterfly Interlude" that displays the drummer's delightful cymbal and snare work and leads in to the delightful "Dancing Butterflies" – Ellis's soprano sax dips and swirls around the piano lines as the drums acts as the breeze pushing him forward.  Grissett's solo is also quite joyous, floating along, flirting with the rhythm section, having the time of his life.  The bluesy, hard-driving, "Cluster", kicks hard featuring strong solos from Ellis (tenor sax), Dahlgren, and muscular romp from Brown III.

"Racing a Butterfly" closes with another fine ballad. this one titled "Butterflies Too."  The blend of the handsome melody, the tenor sax with Dahlgren's smooth trombone sound, Grissett's intelligent piano work, and the supportive background, all come together for a splendid close to a fine, creative, program.  Since her first albums in the first decade of the new millennium, Anne Mette Iversen has continually shown herself to be a creative composer and arranger.  Her Quartet +1 makes this music come alive; their long-time association as a band makes this new album of Ms. Iversen her most passionate and delightful small group recording.

Listen to the title track: 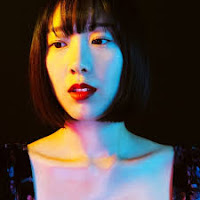 There is not a lot of biographical information available about pianist and composer Hayoung Lyou, a native of Seoul, Korea,  but her musical pedigree is impressive. She attended Berklee College of Music and graduated from the New England Conservatory of Music. Ms. Lyou, who now lives in New York City, has studied with Ran Blake, Hal Crook, Helen Sung, Joanne Brackeen, Jason Moran, and Ethan Iverson.   For her debut album, she organized a quintet featuring her piano, bassist Simón Willson, drummer Dayeon Seok, and two reed players, Jasper Dutz (alto saxophone, clarinets) and Jacob Shulman (tenor saxophone). Her original music is not only influenced by the artists she has studied with but also the writing of Hermann Hesse (1877-1962), whose 1919 book "Demian" is extremely popular in her native land, and psychologist Carl Jung (1875-1961), especially hs theory of "animus" (the personification of male tendencies in a woman). 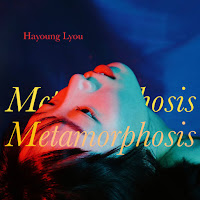 All that and more serves as the foundation of "Metamorphosis" (Endectomorph Music), Ms. Lyou's debut album.  The program consists of 11 original pieces by the pianist including four pairs of songs, the first three of which are followed by short works all titled "Animus".  These pieces, numbered "I", "II", and "III", do have a harder edge and, in the instance of the longest one,  "II", which clocks in at 1:30, and is a roiling alto sax solo over the churning rhythm section. The title track opens with dark and sparse piano chords (reminiscent of Ran Blake) but the alto and tenor saxophones bring a different light to the ballad. Seok's drums are quite dramatic in the opening two minutes before he moves in to keeping the rhythm flowing.  The unaccompanied piano solo also is quite dramatic as it rolls forward 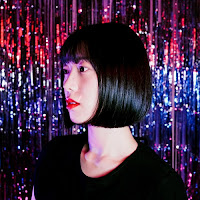 "Night Person" opens up with a quick allusion to "Giant Steps" before dropping into a groove that may remind some of Wayne Shorter. There's an airiness in the saxophones' interaction that soon gives way to an intensity as the rhythm section pushes them forward.  The majestic piano chords and powerful drumming of "Busan" pay tribute to the arrival of 14,000 North Korean children in South Korea's second-largest city in the midst of the Korean and how they use their wits to survive. The singing quality of the saxophones imbues the music with youthful voices.  The song inspired by Hesse's book "Demian" has a gentle melody played by the tenor sax and clarinet over a rhythm that sounds influenced by the music of Burt Bacharach.  The piano solo near the close of the piece, featuring fine bass counterpart from Willson, is quite melodic and impressionistic.

The two closing tracks include the lovely and classically inspired solo piano work "Solitude" plus the lilting, joyous, "A Sunny Day at Yankee Stadium". The latter piece, played sans reeds, is a delightful jaunt through the ballpark, the dancing piano phrases interspersed with full chords while the bass and drums keep the music light and delightful.  "Metamorphosis" introduces most of the listening world to the music of Hayoung Lyou. Her playing is impressive, the band serves her intentions well, and compositions are filled with delightful turns of phrases and changes in direction.  A formidable debut for an artist who looks to have a great future.

For more information, go to www.endectomorph.com/metamorphosis.html. To hear more and/or purchase the album, go to https://hayounglyou.bandcamp.com/releases.