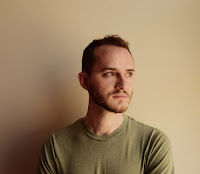 Saxophonist and composer Remy Le Boeuf, the identical twin brother of pianist Pascal, has issued his first album as a leader (see below) and is also in the midst of raising funds to record a large ensemble album.  Born and raised in Santa Cruz, CA, Remy studied at the Manhattan School of Music and collaborated/performed with the likes of Jazz at Lincoln Center Orchestra with Wynton Marsalis, Linda May Han Oh, and co-leads a group with his brother – they have recorded three albums (plus an exciting "remix" recording), the latest being 2016's "Imaginist" which features the JACK Quartet plus guests Ben Wendel and Justin Brown. 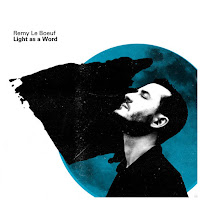 His debut album, "Light as a Word" (Outside In Music), features quite a quintet. Besides Remy (alto sax, all compositions), one hears Walter Smith III (tenor sax), Aaron Parks (piano, electric piano), Charles Altura (guitar), Matt Brewer (bass, electric bass), and Peter Kronreif (drums).  The blend of the two saxophones is a delight throughout as the themes of certain songs allow them to play in harmony as well as wrap their phrases around each other. Perfect example is "Full Circle", a piece introduced in a classical manner by Parks's solo piano with the leader's alto sax melody leading the rest of the group in.  The solo section opens as conversation between Le Boeuf and Smith III, then the leader steps out. You'll enjoy the clarity of the songs coming from the rhythm section; from the chordal piano accompaniment, the bass working around the theme, and the airy drumming.

Playful drumming opens "Imperfect Paradise" as the the full band plays the theme – Altura steps out over the electric piano, his energetic solo pushing the intensity levels of the rhythm section.  Parks really digs into his spot giving as good as Brewer and Kronreif give him.  The drummer takes the piece over the theme and that's when you realize that neither saxophonist had a solo.  That choice, among many other aesthetic moves Le Boeuf makes, is a strong hint that this is a group project. Yes, he's the leader but his interactions with his fellow musicians gives this music its coherence and deep emotional quality. His "friendship" gives all the musicians the freedom to add their own voices to his music.

Several pieces feature "Intros."  "Union" opens with a quiet alto exploration in which Le Boeuf's lovely tone reaches for the sky. The body of the song is a lovey ballad which stays in rubato until the rhythm section gently prods the piece forward. There'a an ebb-and-flow to the rhythm as the alto sax and acoustic piano explore the melody and its variations. Parks provides a soft, Erik Satie-like, opening to "Villa Hermosa (for Jon and Brian)", its introspective feel having a dream-like quality. This song moves up and away from the intro not unlike a song from Pat Metheny and Lyle Mays. The airiness of the interactions have that breathing in and out quality of the former song yet the solos from Parks and then the two saxophonists create a raising intensity that reaches a powerful climax in the final 80 seconds.

There's plenty to explore on "Light as a Word" so do not rush through the program. Enjoy all the interactions and melodies I described above, plus more.  The music created by Remy Le Boeuf and his band will not dazzle you with pyrotechnics but will move you through its great emotional pull as well as the splendid musicianship of all involved.

For more information, go to www.remyleboeuf.com. 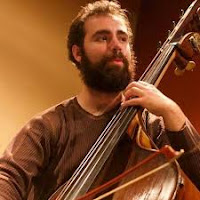 Bassist and composer Alex Fournier studied music in his native Canada at the University of Toronto with Dave Young, Andrew Downing, and Phil Nimmons, all well-established musicians and educators. He went to study at the Peabody Conservatory Jazz Program at Johns Hopkins University in Baltimore, MD. There, he worked with Michael Formanek as well as the classical bass with Paul Johnson.  Since graduating with an advanced degree in Jazz Performance, Fournier has performed with saxophonists Tim Berne and Tony Malaby, drummers Billy Hart and Nick Fraser, and with trumpeter Lina Allemano plus many others.  In 2017, Fournier released "Wet Dog Music", a album of solo compositions for bass.   He also has a duo with electronic musician Edwin Huet dubbed Xiodjiha and a trio known as Money House with guitarist Patrick O'Reilly and drummer Stefan Hegaret. 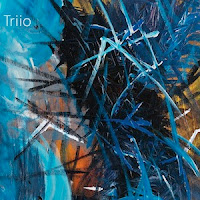 His longest running ensemble is called Triio, started in 2014 as a quartet (hence the extra i) before expanding to a sextet several years later.  The group features Bea Labikova (alto sax, flute), Aidan Sibley (trombone), Tom Fleming (electric guitar), Ashley Urquhart (piano), and Mark0 (drums).  The group's self-titled and self-released debut album finds the band exploring six of Fournier's compositions. Over the course of 62 minutes, the music moves in and out of tempos, is occasionally very quiet, has moments of dissonance as well as delicate interactions.  Upon initial listenings, I jotted down the names Dave Holland and Mary Halvorson as possible influences. Formanek's intelligently constructed compositions could be an influence as well as the small group work of Anthony Braxton.  Mr. Braxton, whose recorded music can often be impenetrable to this writer, makes so much more sense in a live setting.  When you watch the saxophonist in concert, you can see how he directs the other musicians, how the forms he composes, even the gestures he makes, all translate into such intriguing music. 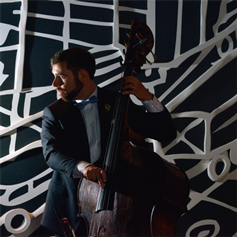 The program opens with "ESD." The solo piano opening starts out with a percussive feel then begins to roll forward until the rest of the band enters.  There's the Holland/ Ms. Halvorson influence can be heard/felt in the spiky rhythms plus it's fun to hear how Mark0 (last name is Ballyk) powerfully pushes the music forward.  One is never quite sure throughout the album where composition ends and improvisations begins – no big deal. The fascinating thing is to hear where the music goes.  "Giant Dad" starts out quietly yet there are occasional sonic explosions throughout the opening moments.  Flute and trombone play the melody while piano and guitar support them.  The skittish rhythm section often falls into step and jumps away, comes back (check out the combined trombone and guitar solo but pay attention to the bass and drums), and then drops out.  The soft open feel of "Dusk" has a lovely melody first played by the alto and soon shadowed by the trombone.  The spare percussion and bass move stately underneath as the guitar keeps a high-pitched tone going in the background for the first few minutes before dropping out for Sibley's solo. 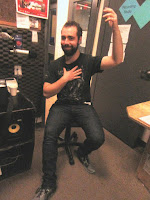 For his sextet's debut album, Alex Fournier has created pieces that often have several melodies inside them - only one of tracks is under seven minutes with three lasting over 10 minutes. The tracks contain unaccompanied solos, duos, trios, and more. None of them are static yet all of them take time to develop, to expand and contract and, often, expand again. Note the manic excitement of "Fourhundred Dollars": the music roars, how the rhythm section rumbles, the guitar screeches, the pounding piano, yet everyone comes together to carry the piece out.   The songs on this album including the closer, "Permanently Hiccups", have the feel of a chapter book, one that follows different characters as they move through a day, sometimes together in one place, sometimes in a smaller group.  In the case of this six-person "Triio", they all arrive together, all changed by the experience.  If you approach this music that way, you will truly enjoy this adventurous and fascinating musical experience.

For more information, go to www.alexfournierplaysbass.com.

Try the opening track on for size: