Pull Up a Seat, Give a Listen, a Good Listen

Since vocalist Camila Meza joined Ryan Keberle & Catharsis in 2014, the quintet has gone from strength to strength Though Ms. Meza was not a full member in that year, she did sing on five of the eight tracks of "Into The Zone" (Greenleaf Music) plus the bonus track, Sufjan Stevens' "Sister."  Two years later for "Azul Infinito", her voice had become an integral part of the quintet, an ensemble that features Keberle (trombone, keyboards), Michael Rodriguez (trumpet), Jorge Roeder (acoustic and electric basses), and Eric Doob (drums).  That group also recorded 2017's "Find the Common, Shine a Light", a recording made in the wake of the 2016 U.S. election with music that was a strong indictment of the election process and results yet without pointing fingers. That album also featured several short improvised pieces plus longer pieces that showed the versatility of its members. 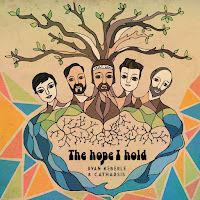 "The Hope I Hold" is a step forward for the group. Rodriguez is gone, replaced by tenor saxophonist Scott Robinson (who actually has guested on a number of Keberle's earlier albums).  Also, the sound of the band has expanded with the addition of Ms. Meza's excellent guitar work plus vocal contributions from the leader and from Roeder.  The program is split in two fascinating halves. The first five tracks are Keberle compositions with lyrics adapted from the great American poet Langston Hughes (1902-1967), specifically from his 1935 poem "Let America Be America Again." Hughes's powerful words (read them here) are been lightly edited to fit the equally powerful music.  The four tracks that make up "The Hope I Hold Suite" are driven by the impressively forceful rhythm section, by the intelligent melodies the leader has created, by the mixture of reeds, brass, and guitar, plus the strong vocal work.  Ms. Meza, an immigrant from Chile, understand the history of this country, has seen the remnants of "Jim Crow" that exist throughout the U.S. – yet, there is neither vitriol in her voice (as there is none in Hughes's words: sorrow yes but not burning hatred) nor sorrow in her delivery.  One does hear hope, hope for a better country, a more compassionate leadership, and a better understanding of the myriad issues facing the world. Following the suite is another Keberle composition.  "Campinas" not only features his trombone and keyboards but also he sings lead.  The first part of the piece has a strong Brazilian feel, especially in the "floating" voices and the exciting drum patterns.  The second part starts with understated percussion, synthesizer sweeps, and a lyrical trombone solo before the drums kick back into the rhythms of the opening under the trombone solo and the guitar spotlight that follows.

The next four tracks introduces The Catharsis Trio.  Composed of the leader, Ms. Meza, and bassist Roeder.  The trio first worked together on a tour of Japan when the promoter really wanted the music but could not afford to bring the entire band.  Needless to say, the participants viewed the tour as a both a challenge and an opportunity to see the material in a different light.  The guitarist contributes the lovely "Para Volar" – the blend of voice, guitar, bass, and trombone is alluring. Roeder's first recorded composition, "Peering", has quite a fine melody with the various voices playing off each other, providing fine harmonies as well as smart counterpoint.  The team of Manuel Jose Castillo (lyrics) and Gustavo "Cuchi" Leguizamon (music) composed "Zamba de Lozano", a song
made famous by Mercedes Sosa.  Ms. Meza caresses the lovely melody while Keberle offers handsome support and even shadows her on several lines. The Trio closes its set with a rearranged version of "Become the Water" of the previous Catharsis album that took its title from the chorus of this song.  Here, Keberle intertwines the sounds of his Korg Minilogue synthesizer into the mix but the words are loud and clear.

The album closes with with "Epilogue/Make America Again", a chorale for voices, trombones, and keyboard that ends with a long drawn-out chord (sounds like an organ).  The music has the feel of a prayer, a wordless plea for hope that seems to have eluded many of us in the past two+ years.  Bitterness and cruel satire is no help – it is imperative that we all talk to each other, at community meetings, in churches, mosques, and synagogues, in the classroom, in the halls of the government. Then, "The Hope I Hold" may become a reality.   Ryan Keberle & Catharsis continue to make relevant music, the writing continues to mature, and the musicianship is of the highest caliber. Now that Ms. Meza's immense talent is being put to its full use, next time around, perhaps Scott Robinson will get to employ his full array of instruments. Imagine that!!

Give a listen to "Campinas":


Saxophonist, violinist, vocalist, and composer Tori Freestone has been busy making a name for herself in her native England and on the Continent.  As a leader or co-leader, she's issued four CDs and has appeared on recordings by Ivo Neame, Andre Canniere, and a group called Compassionate Cow.  Ms. Freestone has also worked in a number of British big bands and smaller ensembles plus is currently a tutor for the National Youth Jazz Collective and for Trinity College of Music in London.  Her main musical vehicle at the moment is the Tori Freestone Trio based on her saxophone playing and compositions with the delightful rhythm section of Dave Manington (bass) and Tim Giles (drums). 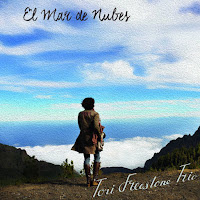 The Trio has just issued its third recording for Whirlwind Recordings.  Titled "El Mar de Nubes" ("the Sea of Clouds"), much of the program was inspired by the saxophonist's retreat to the Canard Islands at the close of 2017.  There she wandered the landscape catering her thoughts, inspired by the longs walks in the natural forests and mountains as well as viewing the Super Moon, a phenomenon that makes the night as bright as day when it rises.  The music she created from her sojourns is not radically different than her previous two Trio discs yet one feels that the three musicians are locked in more than ever before.  The title track opens the album with the leader's saxophone interacting and responding to the lyrical bass lines and dancing brushes work.  Dig the funky opening of "Hiding Jekyll", how the rhythm section locks into the groove even as the saxophonist plays a double-time on top of them. Pieces such as "Hasta La Vista" and "Los Indianos" have such a playful quality, the former (composed by the bassist) built off a speedy riff that has hints of Trio Air in how the sax and bass work together over the dancing drums while the latter rises out of Giles's drums interacting with the cowbell. The riffs Ms. Freestone play may remind some of Sonny Rollins's playful interactions with Ray Brown and Shelly Manne on "Way Out West." 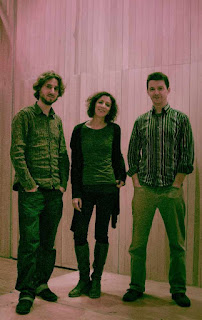 The album also includes two versions of the traditional American song "Shenandoah."  Version 1 is all instrumental, replete with wonderful bass playing (note Manington's fine bow work  and his deep sonorous phrases in response to Ms. Freestone's wide-ranging solo (she rarely strays far from the original melody but does create an impressive solo).  In the middle section, Giles creates a hypnotic rhythm for the bass solo (note how the saxophonist plays long, breathy tones behind Manington)that leads into a more expansive tenor spotlight.  Version 2 is quite different – Ms. Freestone accompanies her vocal with keening fiddle tones.  The bassist creates a counter melody behind her, joined a verse later by Giles's skittish drums.  The violin solo brings to mind the raspy tones of Charles Burnham and, when Ms. Freestone moves away from the melody, the music moves into more playful territory. The trio does return to the melody; this time, the vocalist sings with just the drums as her accompanist before it fades out on Giles.

"El Mar de Nubes" is music well worth exploring. Over the course of seven years and (now) three albums, Tori Freestone, Dave Manington, and Tim Giles have become tighter and looser, the former through the many gigs they have played and the latter from the trust they have built by playing all those gigs. Sadly, I don't see any live dates on this side of the Atlantic Ocean listed for the album release tour but this is a Trio one needs to hear live.  That written, the new album is one for listening deeply and all the way through!

For more information, go to www.torifreestone.com.

This video should serve as a great introduction to the album: