Two Cohens, Unrelated: Both Can Play!

There is something about the sound of Anat Cohen when she's playing her clarinet.  She's a fine tenor sax player and certainly shines as well on soprano sax but her most exciting "voice" is the clarinet.  The woodwind seems to free her spirit and contains so much emotion, it makes one listen to what she plays 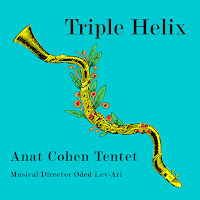 Her latest Anzic release, "Triple Helix", features her splendid Tentet, the ensemble that mades it recorded debut on 2017's "Happy Song."  The only personnel change is that Christopher Hoffman takes over the cello chair from Rubin Kodheli.  The title track, composed by the group's musical director Oded Lev-Ari, is a three-part, 22-minute, "Concerto for Clarinet and Ensemble" (actually the sub-title for the work) – it's quite moving.  There are sections that relate to the musics Ms. Cohen heard and played growing up.  The second movement, "For Anat", is classical in nature and construction, and all the musicians have clear roles on relating the story.  The playful third movement, "Last", starts out as a spirited dance then moves into an introspective section with the lovely clarinet interacting with the ensemble.

The album is filled with many delightful musical moments.  Ms. Cohen's "(Choro for) Miri" shows her continued interest in the Brazilian song form. Her sweet singing solo is nicely supported by Vitor Gonçalves's handsome piano.  There's a definite New Orleans tinge to "Footsteps and Smiles" thanks to Anthony Pincotti's dancing drums and the blend of Owen Broder's baritone sax with the clarinet on the main theme.  Excellent solos from Gonçalves  and vibraphonist James Shipp. Dig the break that starts with the baritone sax and cello then expands to include the brass and clarinet.

Arranger Lev-Ari discovered "Lonesome Train" on Stan Kenton's 1952 classic Lp "New Concepts of Artistry in Rhythm" – the version here adheres to the melody line but has a stronger backbeat plus there's no vocalist.  Instead, trombonist Nick Finzer steps out while the ensemble, with Gonçalves on accordion here, builds up the intensity.  Don't miss the "deconstructed" closing section!

"Triple Helix" is a treat from Astor Paizzolla's "Milonga del Angel" that opens the program to Ms. Cohen's "Morning Melody (epilogue)" that closes it.  Anat Cohen and the Tentet are show in their best lights thanks to the ensemble's 11th member, musical director Oded Lev-Ari.   Listen closely and you will be richly rewarded! 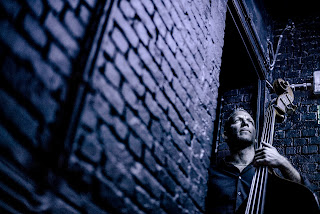 From the first time most Americans heard bassist Avishai Cohen as a member of Chick Corea's Origin ensemble (in 1997), his energetic musicality has stood out.  Not only is he a master bassist, he also plays piano (his first instrument) and he sings.  Cohen formed his own label, Razdaz Recordz, in 2002 and though you can find many of his albums there, he has also released music on Stretch Records/Concord, Sony Masterworks/France, and on Israeli labels.  His arco (bowed) playing is another strength is  his ability to synthesize Arab and Jewish melodies from throughout the Middle East into his music. 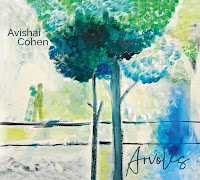 His latest RazDaz CD, "Arvoles", features his latest trio, Elchin Shirinov (piano) and Noam David (drums) plus flutist Anders Hedberg and trombonist Björn Samuelsson on five of the program's 10 tracks.  The title track ("Arvoles" is the Ladino word for "trees", hence the cover) is a traditional piece with a formal melody that the trio treats with respect.  Note that Cohen's bass solo builds off the melody and the lovely piano accompaniment. Pianist Shirinov kicks off Cohen's "Elchinov" with a circular piano line that serves as the pace-setter for the track. Make sure to notice how the bassist wraps his attractive bass sound around the pianist's active left hand.  A big plus is the active and creative drum work –David never sits still throughout; with his shifting rhythms and dancing cymbals, it's hard not to smile. 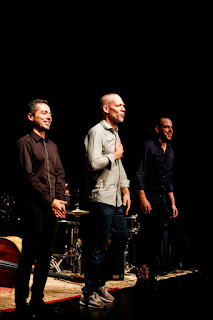 The trombone and flute add their voices to such pieces as the opening "Simonero", the evocative and classically influenced "Childhood (for Carmel)" and the funky "New York 90s."  One can hear the collision of dance beats with the Israeli songs that Cohen heard growing up.  Hedberg's alto flute adds a fine color to the melody line.  "Childhood..." features smart interplay between the musicians plus short solos from both flutist and the trombonist.  The quintet swings with glee on the album closer, "Wings", complete with sparkling brush work from David, solos from the leader and pianist that have a lightness and joy that jumps out of the speaker.

In many ways, it's easy to listen to "Arvoles" and imagine it's the product of a reflective time for Avishai Cohen.  He's been quite busy the past several years with several different projects including full concert programs with symphony orchestras and recording his "pop" album; 2017's "1970" was mostly vocal with female choruses, electric instruments, and touches of r'n'b and Gospel music. This new album is not necessarily a "return to the past" but a continuation of the bassist's life-long search to find his way in the world.

For more information, go to avishaicohen.com.