New Standards for the 21st Century 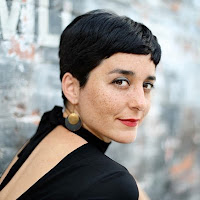 Over the past five years, guitarist, vocalist, and composer Camila Meza has steadily worked her way into the consciousness of people who listen to contemporary music. The Chilean-born Meza first came to the United States in the early 2010s to study and soon found herself collaborating with numerous artists.  Her work with Ryan Keberle & Catharsis plus her brilliant 2016 album "Traces" (Sunnyside Records) as well as her work with pianist Fabian Almazan stands out in the plethora of recordings that have filled the market.  Even before her work with Keberle, she laid the seeds for her collaboration with bassist Noam Wiesenberg and the Yellow Nectar Orchestra, an ensemble that features a jazz quartet (guitar, keyboards, bass, and drums) with a string quartet (and arrangements by the bassist). On a 2013 video 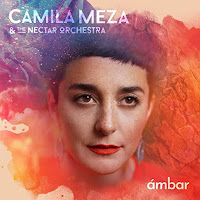 The results of Ms. Meza's work with Wiesenberg can be heard on "Ámbar" (Sony Masterworks).  Recorded in June 2017 and funded by a Kickstarter campaign, the 12-song program covers a wide territory of the sonic landscape with original works blending with classic songs by Milton Nascimento, Antonio Carlos Jobim, Elliot Smith, Tomás Méndez, and the fascinating collaboration of David Bowie with Pat Metheny and Lyle Mays ("This Is Not America" from the 1985 movie "The Falcon and The Snowman"). That last song fits nicely with Ms. Meza's latest adventures with Keberle & Catharsis that have an emphasis on socially and politically conscious music.  One also notices on the track the influence of Metheny on her guitar playing. In fact, pay close to her guitar work and how it synchronizes with the vocals – it surely stands out on "Traces" and on her earlier albums but most writers seem to ignore that aspect of Ms. Meza's presentation.

The excellent string arrangements are an important aspect of this music.  They stand out on "Waltz #1" (the Smith piece) not just for the colors they provide but for how their sound blends percussive and melodic elements. The strings (played by violinists Tomoko Omura and Fung Chern Hwei, violist Benjamin von Gutzeit, and cellist Brian Sanders) caress the voice on the opening of "Atardecer".coming back time and again to create a sweet counterpoint.  The arrangements do not treat anyone as just an accompanist: every voice is important, from the rich sonorities of the cello to the flowing lines of the violins and viola.

The entire ensemble dances with delight on "Awaken", thanks to the percussive magic of Keita Ogawa. It's important to note that, by the time of the recording sessions, the main ensemble of Meza, Ogawa, Wiesenberg plus Eden Ladin (piano, keyboards) has been working/rehearsing as a unit since 2013.  Listen to the understated power that the octet utilizes on Nascimento's "Milagro Dos Peixes", a tune from earlier in the Brazilian composer and performer's career.  It's easy to get lost in the voice, how the strings move in and out of the arrangement, and how the rhythm section move the piece forward.

The album closes with a solo performance of Méndez's "Cucurrucucú Paloma" (composed in 1954), just Camila Meza and nylon string guitar. The song tells of the story of the mourning dove (the title translate as the "Coo-coo dove") and the singer's loss of a loved one.  The piece seres as a lovely coda to a delightful recording. "Ámbar" may have taken two years to come to light (six, if you count how long Camila Meza & The Nectar Orchestra have worked on the material) but the wait has certainly been worth it.  A delight from start to finish!

Here's the NPR Jazz Night In America performance by the ensemble:

For her fifth album, vocalist Judy Wexler went to work with frequent collaborator Alan Pasqua (the pianist has been a major contributor to three of her previous albums). After she spoke with author and jazz historian Ted Gioia about what makes a 'jazz standard", Ms. Wexler and Ms. Pasqua spent the better part of a year sharing song ideas back and forth. Finally, the co-producers organized a group of musicians, many of whom have appeared on her other recordings, and put the process in motion. In addition, Ms. Wexler worked with PledgeMusic to fund the album. 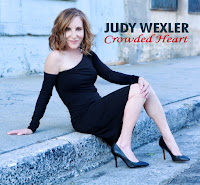 "Crowded Heart" (named for the Sinne Eeg/Mads Mathias song that appears on the album) is a delightful blend of songs composed by current artists and composers.  Besides the title track, one hears pieces by Kurt Elling (one with Richard Galliano, the other with Mr. Pasqua), Gregory Porter, Luciana Souza, Fred Hersch & Norma Winstone, Alan Broadbent, Enrico Pieranunzi & Lorraine Feather, Larry Goldings, plus René Marie.  Highlights include is Ms. Eeg's tune, notable for the lovely blend of voice with acoustic guitar (played by Larry Koonse) and the piano. Also, there's sweet and funky reading of Porter's "Painted On Canvas" – the rhythm section of bassist Derek Oles and drummer Steve Hass lay down quite a beat and there's delightful alto saxophone playing from Josh Johnson. 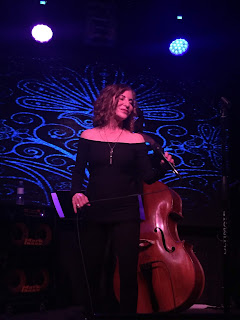 Ms. Wexler transforms Ms. Feather's "I Took Your Hand" (a song that the lyricist added words to Enrico Pieranunzi's "Fellini's Waltz").  Here, the rhythm has opened up – note how the vocal lines dance above the rich piano accompaniment with the alto sax as partner.  Piano and voice open a lovely reading of Fred Hersch and Norma Winstone's "Stars", the melody suggesting the bossa nova feel of the rhythmic background.  The original version is just voice and piano but the addition of the drums and bass allows the music more breathing room.  Ms. Marie's "Take My Breath Away" is quite a love song (as only the composer can write – her best songs link love and lust, desire and joy and Ms. Wexler has such fun with it.  Yes, she understands what she is singing and takes great pleasure from it.

On an album whose focus is on the voice, one cannot diminish the role Alan Pasqua plays in its success. Both his piano solo and whistling are one of highlights of the opening track, Ms. Souza's "Circus Life."  He unpacks his melodica for a delightful, accordion-inspired, solo on Galliano/Elling's "Parisian Heartbreak."  Pasqua's collaboration with Kurt Elling and Philip Edward Galdston, "And We Will Fly" brings the program to a close. The Brazilian feel, heightened by the dancing rhythm section, also includes the fine acoustic guitar work of Koonse (shadowed by the deep cello tones played by Stefanie Fife).

"Crowded Heart" shows Judy Wexler at her finest.  Never one to overwhelm her songs with vocal trickery, Ms. Wexler caresses melodies, reaches for the emotional heart of each song, and, with the aid of Alan Pasqua,  gives listeners an experience that resonates beyond the recording, settling in one's own crowded heart.

For more information, go to judywexler.com. 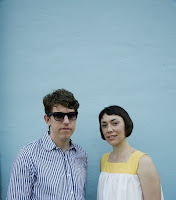 The Bird and The Bee is a duo from Los Angeles, CA, consisting of Inara George (vocals, compositions) and Greg Kurstin (synths, compositions) that have been creating "indie pop" (really music that blend pop, jazz, folk, and electronics)since 2005.  The duo's recorded debut was a self-titled album on Blue Note Records in 2006. Ms. George, who is the daughter of the late Little Feat founder Lowell George, started out interested in theater but had formed several bands before the end of the 20th Century.  She has released four albums of her own including 2018's "Dearest Everybody" that deals with the loss of her father.  Mr. Kurstin, a producer who has won multiple GRAMMY awards, has worked with Paul McCartney, Beck, Kelly Clarkson, Foo Fighters, and Adele.  He also founded the 2000s indie band Geggy Tah. Before that, he studied with pianist Jaki Byard, vibraphonist Bobby Hutcherson, and saxophonist George Coleman.

Drummer Charles Ruggiero, who has worked with Chuck Mangione and Ozzy Ozbourne, first heard The Bird and The Bee on the radio in 2007.  The drummer had an epiphany that he could take these malleable songs and create jazz arrangements around them.  He called his friend Hilary Gardner (yes, she who is 1/3rd of Duchess) to help him record one of the band's tunes for his 2014 debut EP "Boom Band, Boom Bang" (well, he is a drummer) – Ruggiero was thrilled to discover that Ms. Gardner also loves the band's music.  Thus was born the seeds of their duo album "Charles Ruggiero and Hilary Gardner Play the Music of The Bird and The Bee". 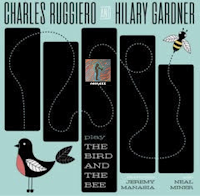 Released on Spike Wilner's SmallsLive label, the album finds the duo, along with pianist Jeremy Manasia (who has worked with recorded with the drummer o several occasions) and bassist Neal Miner, playing eight songs from three of TB&TB's four albums (that duo also recorded a tribute to Hall & Oates in 2010). Manasia's flowing piano lines enliven many of the songs.  "Lovey Dovey" has sweeping phrases from the piano as Ms. Gardner explores the story of a woman who cannot wait for her partner to get home from work so they be together without the hustle-and-bustle of the world.  "Would You Ever Be My) F**king Boyfriend" opens with a bouncing bass line with the feel of Peggy Lee's classic "Fever".  Not being sure if the offensive word (to some) in the title is a verb or adjective and that's part of the fun of the piece.  So is the irressistible rhythm and the splendid piano solo. "4th of July" swings with such a spirit that one cannot help but snap his fingers.

Hilary Gardner is one of those vocalists who makes you believe everything she sings. Nothing is forced and the emotions are real.  Even pieces such as ".....Boyfriend" and Ms. George's paean to Van Halen vocalist Davie Lee Roth "Diamond Dave" ring true.  The original version of the latter tune is up-tempo and has an hilarious video to go with it. But here, Ms. Gardner and the band frame the song as a ballad, a mournful, bluesy, tale of a childhood idol.  If you do not know the original version, this is quite a tribute.

There are so many joys to behear on "Charles Ruggiero and Hilary Gardner Play the Music of There Bird And The Bee" from the splendid piano work of Jeremy Manasia to the understated yet intense work of Neal Miner and the drummer/co-leader as well as the sweet, sassy, and honest vocals of the other co-leader.  Those myriad joys are also the result of the excellent source material.  This album stands nicely on its own but you should also introduce yourself to Inara George and Greg Kurstin's witty duo.

To find out more, go to ruggierodrums.com.