Since his recording debut in 2006 with reed master Dave Liebman ("Vienna Dialogues"), pianist and composer Bobby Avey has built quite an impressive resumé.  He won the Thelonious Monk Composition in 2011, just months after releasing his first CD as a leader. Also in 2011, he won a grant from Chamber Music America to travel to Haiti to research and record a Vodou Ceremony.  The upshot of that journey was the brilliant collection of pieces that make up the 2014 Whirlwind Recording "Authority Melts From Me."  He's also recorded a set of solo pieces recorded after "Authority.." but released before it on a CD titled "Be Not So Long to Speak." Avey now tours with Liebman's Expansions band and subs for Matt Mitchell in Rudresh Mahanthappa's Bird Calls. "Inhuman Wilderness" is his new album.  Issued on pianist Marc Copland's InnerVoiceJazz label, the 8 tracks, composed by Avey, is  his creative reaction to how man treats his fellow man as well as how man ignores environmental warnings.  Whereas he does not use the album jacket or his website to voice his feelings, it comes out in the powerful music on the CD.  Featuring his long-time rhythm section of Thomson Kneeland (bass) and Jordan Perlson (drums) plus John O'Gallagher (alto saxophone on four tracks), there is such an urgency in this material that it can not be ignored.  Perlson's chattering drums leads off the first cut "Countless Voices of Unknown People" - the music takes a while to build but then the "alarming" sounds of the piano using about the hip hop beat take over, circular phrases repeated over and over, that the listener is on edge.

O'Gallagher join the fray for "Fall Not a Tear", his insistent alto sax rising high above the powerful rhythms created by the trio.  Their shifting rhythms also have a nervous quality that dissipate in the middle of the piece as the music gets introspective before Avey joins in an interaction with Kneeland and then Perlson.  The roiling left hand and rampaging drums that open "Land Theft"give way to the bowed bass, splashy high hat and ominous low note and then to the powerful attack of Perlson; it's all done in 102 seconds but not before stunning the listener.

The solo piano track, "Rent The Sky", is a dissonant ballad that starts quietly, much like a storm building on a muggy summer afternoon.  Soon, the tolling chords begin to pierce the speakers, the rumbling bass notes creating a thunder-like foundation.  The storm rolls through quickly, the music slows and fades to silence which, dramatically, lasts for nearly 20 seconds.

It is hard not to highlight each track on "Inhuman Wilderness" as each one carries such strength. Even the title cut, an extremely quiet excursion for quartet, has power as if one was walking late at night after a tornado has laid waste to his neighborhood.  Does the pianist/composer have hope for the world?   The music of the final track, "Composure Must Be Rare", is soft nearly all the way through before rising to a powerful peak, only to drop down to cymbal sounding over a piano note. The ominous chords have disappeared, the saxophone is less strident and we land, gently, far from the discontent of the opening track.  Dramatic music for a dramatic time, challenging the listener to take action - how impressive. Bobby Avey has been an impressive musician since his first recordings and he is quickly maturing into a major force on the contemporary music stage.

For more information, go to www.bobbyavey.com.  The CD will be released on June 24 2016. 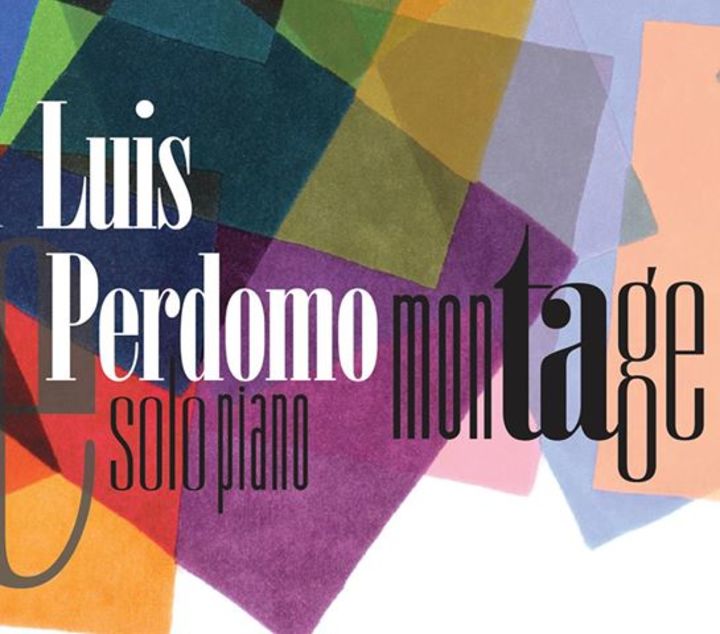 Pianist Luis Perdomo, a native of Venezuela, has built quite a career since moving to the United States in 1993.  He's toured regularly as a member of Miguel Zenon's Quartet and Ravi Coltane's ensemble, recorded with guitarist David Gilmore, saxophonist Jon Irabagon, percussionist Ray Barretto, and a slew of others.  He's recorded seven CDs as the leader of various-sized ensembles.  His 8th album, "Montage" (Hot Tone Music), is his first solo recording, a vivid representation of his technique, his compositional and interpretive skills plus his understanding of the history of modern music.

The 14 tracks on the disk are spot evenly between originals - five of which are part of a series of "Montages" - and seven interpretations. The latter group includes "Monk's Dream" in all of its blues-drenched glory but with a hint of Leonard Bernstein in the chords and Art Tatum in the left hand.  It's always fun to hear Stanley Cowell's "Cal Massey", a tune with such a fine melody and room for expansive solos such as the one Perdomo creates in three minutes (love the boogie-woogie behind the theme!) The romantic ballad "Si Te Contara", from the pen of Cuban composer Félix Reina Altuna (1921-1998) blends a Latin tinge with a handsome melody that displays the influence of Irving Berlin's "Lets Face The Music and Dance." The playful take on "La Revuelta de Don Fulgencio" (composed by Austrian-born Venezuelan-based composer Gerry Weil) is a tour-de-force, filled with powerful left hand runs and dancing phrases from the right.  Perdomo refashions "Mambo Mongo", a piece composed for percussionist Mongo Santamaria by William Allen, concentrating on the melody and replacing the "mambo" beat with a flowing bass line.  What emerges is a lovely and emotional song.

As stated, five of the originals bear the name "Montages" and have the subtitles of "Fleeing", "Sleepwalker", "Angst", "Air", and "The Ascent." These are among the most "poetic" tracks in that the titles refer to the action in the music. "Fleeing" has a rapid-fire running rhythm line while "Sleepwalker" is more deliberate, as if the pianist was carefully walking through a dark room in search of a melody.  They are fairly short (two over 3 minutes, the rest under 2:08) but hardly slight.  The other two Perdomo-penned pieces include the lovely medium-tempo ballad "Amani" which shows the influence of Fred Hersch in the melody and how the pianist develops the solo, expanding outward from the "foundation." The other original, "The Boundary Law" is also the longest (6:52) and also builds up from a strong foundation of a flowing circular bass line.  Then, the music slows down while Perdomo explores the possibilities in the melody. IT'd easy for the listener to get lost in the performance, the passion and emotion, the rolling melodic phrases, and ringing high notes.

"Montage" is a album filled with special moments, passages of piano that take your breath away. Unlike the solo piano explorations of Keith Jarrett, which usually unfold over long periods of time allowing the listener to fall into a meditative state, the music created by Luis Perdomo is often succinct, with melodies that grab your attention from the first note. This music - released on  the label owned by his wife, bassist and composer Mimi Jones - is most certainly a treat.

For more information, go to www.luisperdomojazz.com.

Here's the pianist in a solo setting from 2012: