Pianist and composer Lafayette Gilchrist has lived in the Baltimore-Washington D.C.-area all his life. He was raised listening to to rhythm 'n' blues and "go-go" music, both styles which inform his playing to this day.  He has toured and recorded with saxophonst David Murray plus has worked alongside Oliver Lake, Cassandra Wilson, bassist Michael Formanek, and many others. Several of his compositions have been used on the soundtracks of HBO's "TheWire" and "Treme", both shows created by David Simon. Currently, Gilchrist leads several ensembles including The New Volcanoes and the Sonic Trip Masters All Stars. 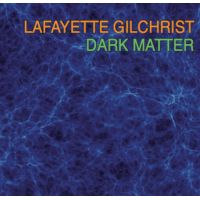 "Dark Matter" is his second solo piano album, the first being 2013's "The View From Here"; both released on the pianist's Creative Differences label.  The new album, recorded live in September of 2016 on the stage of Wright Theater/University of Baltimore, is a joy from the opening cut, "For The Go-Go", a rollicking celebration of this attractive dance music, to the blues-soaked refections of "Greetings", which brings the album to a close. Throughout the album, the pianist shows his sense of humor as well as the dramatic side of the stories he weaves.  "Happy Birthday Sucka" could easily have been played at a Harlem "rent party" (in the part of New York City that bears the name or the Harlem Park section of Baltimore) – the piece dances forward on the power of Gilchrist's left hand and the short melodic phrases and rolling lines flowing from the right (dig the touch of New Orleans that comes in 2/3rds of the way through).

There are moments when the music has the feel of the work of "Jelly Roll" Morton, especially the "Spanish tinge" that often colored his songs.  The earthiness of the title track cries out for lyrics (a previous recording with the New Volcanoes does have a vocal) – in fact, a number of these songs have been recorded by Gilchrist's large ensembles.  "Spontaneous Combustion" originally appeared on 2013's "Inside Out" with its insistent drive assisted by the propulsive bass lines and the "popping" conga drums.  On the newer solo version, the piece has an introspective opening with hints of the dancing bass line that once it takes over, the song goes into overdrive.

There is a poignant and urgent nature to "Blues for Our Marches to End" that is breath-taking as well as emotionally shattering.  Put into perspective, there have been numerous marches since the Black movement towards equality in the United States began long ago.  While the marches have raised consciousness around the world, they remain dangerous (most recent example is Charlottesville but, recently, the fear of violence hangs over each demonstration).  The instrumental does not preach but it certainly teaches.  Other pieces, such as "Childs Play", "Black Flight", and "Old Whale Bones", are contemplative and quite melodic though there is a solid dancing rhythm (and that hints of "Spanish tinge) to the first track listed.

Lafayette Gilchrist keeps the listener engrossed all the way through "Dark Matter", reminding one of the power of one piano, of melodies built to be sung as well as to let soak into your soul.  Hard to put down, played with a sense of joy and desire, this music will take you out of the ordinary and into a space that is quite open and hopeful.

For more information, go to www.lafayettegilchristmusic.com.

There is an immediacy in a live performance – even if the musician is in deep concentration, he or she is usually aware of those who are looking, coughing, applauding, and asleep.  Even if the musician never looks, there should be the awareness that someone else is in the room.  But, when it's a solo or a duo performance in a large auditorium, there can be the feeling of intimacy.

The recording studio is a different animal. The musician or musicians are there for the sound, can dive deeper inside one's self with the knowledge that there usually is a second, third, or fourth take (more, if need be). The feedback is often subtler and there can an intimacy and, hopefully, a trust that allows the musician(s) today as deeply as they choose. Unlike the applause at a live concert, the feedback comes later in the form of reviews, online critiques, letters, and more.

The duo of pianist/ vocalist Kevin Hays and guitarist/ vocalist Lionel Loueke went into the studios in 2016 for the vinyl-only Newvelle Records, producing "Hope", an album that surpassed even the artists in its intimacy and acoustic splendor.  Loueke, who often records with electric guitars and numerous pedals, eschewed all of his equipment save for the acoustic guitar.  Each armed with a collection of compositions, the duo chose four pieces each and the subsequent album was issued in July of 2017 as part of the label's 2017 "editions." Critical response was quite positive but, due to the cost of the vinyl subscription as well as the first-class artwork, the album did not reach many listeners.  There is a video online from the sessions that is certainly worth watching – go to www.youtube.com/watch?time_continue=3&v=bkNGtwlQHI8 to do just that. 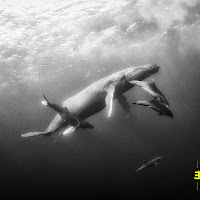 On August 30, 2019, Edition Records is releasing "Hope" on CD and digital platforms.  Not only has the CD been remastered but there are also three additional tracks. Plus, the duo is going on a two-week European tour to celebrate the re-release.  Now we all can hear the glorious interactions, the intelligent playing, the heartfelt vocals, the intimacy of the music.  Highlights include the opening "Violeta", a piece the pianist wrote to honor Chilean singer Violeta Parra (1917-1967). The bounce in the rhythm guitar, the wordless vocal (complete with "clicking" sounds), and the wide-ranging piano melody is so attractive, so rhythmical. "Feuilles-O" is a traditional Haitian melody that the pianist sings in its original patois.  The piece has a lovely, classical, feel plus a melody line that is so evocative and emotional.

Loueke's "Aziza Dance" has its roots in the myths of the composer's native Benin – the music is alluring with its propulsive forward motion, catchy melody, and fine solos from both musicians.  The guitarist also composed "Twins" which opens with such a fine melody line before dropping into such an alluring rhythm. The piano ripples along above the percussive guitar, suggesting Keith Jarrett.

Of the three "added" tracks, Loueke's "Ghana Boy" not only feels like an African dance piece but also suggests the Caribbean in its percussion. Not certain who composed the final track "Sweet Caroline" but Hays handles the vocal (the lyrics do not sound like the Neil Diamond song of the same name) so it's a good bet that the pianist is the writer). There's quite a pleasant blues feel to the track and, of course, the musicianship is top-notch.

"Hope" is an appropriate title for this excellent album from Kevin Hays & Lionel Loueke.  The two musicians travel the world performing music with various ensembles, speaking to many musicians and audience members.  And, to get by in an increasingly insane world, one needs hope more than ever.  Peace often looks unattainable but there is always the hope that we will pay attention to our "better intentions", sitting down to talk, to eat, and perhaps, make music.  At least, we should take the time to listen to those voices crying for attention.  Also, take the time to listen to this music – you cannot help but smile, tap your feet, and enjoy the journey.

For more information, go to kevinhays-lionelloueke.bandcamp.com.