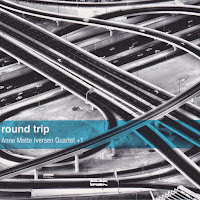 Bassist and composer Anne Mette Iversen has graced us with two new albums featuring new music for two separate ensembles. Since the Danish-born Ms. Iversen now splits her time between New York City and Berlin, Germany, she also now leads two groups.  "Round Trip" (BJU Records) features her NYC Quartet + 1, an ensemble that features John Ellis (tenor saxophone), Danny Grissett (piano), and Otis Brown III (drums and cymbals), all of whom have worked with the bassist since 2006. The "+ 1" is Swedish trombonist Peter Dahlgren who joined the band before its 2014 recording "So Many Roads" but who also appeared on Ms. Iversen's 2004 debut recording, "On The Other Side."

While the majority of Ms. Iversen's albums have an underlying or unifying theme, "Round Trip" strikes this listener a set of songs she write for these musicians to have fun with, to play with, and give their all.  She certainly knows their strengths and gives them wings.  The overall sound has the feel and drive of Dave Holland's Quintet, the group with Robin Eubanks, Chris Potter, Billy Kilson, and vibraphonist Steve Nelson.  The ensemble play, the manner in which Ellis and Dahlgren play the "heads", the drive of the drums, and Ms. Iversen unwavering guidance from the bass chair - the only difference is piano instead of vibes. Also, Ms. Iversen prefers to be part of the ensemble rather than a soloist; that certainly frees up Brown III to play spark plug underneath the soloists, egging them on and reacting to what they are doing.

If one really listens, the construction of these songs is very impressive. They are logical, linear, with plenty of dynamic variation and also all have well-defined melodies.  Listen how "Lines and Circles" builds from the circular piano melody that opens the piece and the counterpoint the bassist adds a few seconds in. The main melody, played now by saxophone and trombone with piano and cymbals as counterpoint, begins to lift the piece. The solos push away from the theme, the rhythm section expands its vocabulary, and the song takes flight.  The composer's preference is that the saxophone and trombone carry the lead. There's a smart call-and-response at the onset of "Scala" that leads to a bass solo (one of the few on the disk).  The playful forward motion of the title track with the bass and trombone laying down the initial rhythm (with saxophone counterpoint) opens to a short piano section and back again to the intro before Grissett dances ahead with Brown III in hot pursuit.

The album has two impressive ballads. The quiet, so slow, "Wiinstedt's View" opens with a lovely introduction from Ellis sans accompaniment before the ensemble enters with the handsome, blues-soaked melody (played by saxophone and trombone).  "The Ballad That Would Not Be" has a classical feel, from the opening melody to the bass counterpoint.  Two minutes in, the sax, trombone, and bass change the melody but not the melodic and harmonic counterpoint. When the drums and piano enter, the piece changes yet again, now with more urgency and emotion in the melody.

"Round Trip" is a joyous journey performed by a band that enjoys each other's company shepherded by a composer who loves what these musicians sound like as they travel the byways of her compositions. Anne Mette Iversen is a fine player and an even better composer. Her songs are intelligent without being stuffy, playful, and give the listener much to chew on. 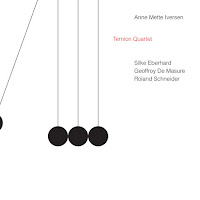 CD #2 comes from the Ternion Quartet, an ensemble Ms. Iversen in Berlin and features Silke Eberhard (alto saxophone), Geoffrey De Masure (tenor and bass trombone), and Roland Schneider (drums, percussion), all three veterans of the European jazz scene (the drummer did spend nearly two decades in New York before moving back to Berlin in 2008).  Ms. Eberhard may be the most "famous" having issued numerous albums with her Trio, Quartett, and duos with pianists Dave Burrell and Aki Takase.  The group also takes its cue from Dave Holland, thanks to the open-ended feel of certain tracks as well as the powerful forward motion. One can also hear the influence of Charles Mingus plus Ornette Coleman.  Without a chordal instrument, Ms. Iversen has more of a "starring" role. Yes, she is the foundation of the majority of tracks but steps out as a soloist more with this ensemble.

These songs stretch out more than those on "Round Trip." Ms. Iversen does not skimp on the melodic content and, if anything, the compositions are even more linear than on the Quartet +1 album. Pieces such as "A Cygnet's Eunoia", "Ataxaria On My Mind", and "Eburnine" have main themes on which both the sax and trombone share the melody lines (you might also want to look up the meanings of certain words).  Ms. Eberhard's solos throughout are rich with ideas, her clean tones evoking the sounds of Steve Wilson and Steve Coleman.  She smoothly navigates the head of "Escapade #7" and is a good foil for the deep tones of De Masure's bass trombone.  The trombonist, when he employs multiphonics, will remind some of the late Albert Mangelsdorff, but he too has a smoothness. His phrases are quirkier than his front line partner but he also adds depth to the sound. Listen how he blends with the bowed bass at the beginning of "Solus", the prettiest ballad on the album and, then, really digs deep for his solo. His intro to "Debacled Debate" is gritty and takes its direction from both New Orleans "gutbucket" and the afore-mentioned Mr. Mangelsdorff.

Schneider, who is a member of pianist Anat Fort's Trio, plays delightfully throughout.  His work underneath soloists is often fiery and interactive.  His brush work is exemplary - check out "Postludium #2" and listen to how sparely both he and Ms. Iversen play in support of the soloists.  Schneider drives a mean tempo on "Trio One" showing the influences of both Elvin Jones and Ed Blackwell.

"Ternion Quartet" is both the name of the ensemble and the album.  It's actually a joke as well; the definition of "ternion" is a "group of three".  Honestly, Anne Mette Iversen gives the description of the music in her short liner notes.  "There is an element of total freedom and there is an element of chance and risk-taking. Anything and everything goes."  The result is good listening from beginning to end.

For more information, go to www.annemetteiversen.com. 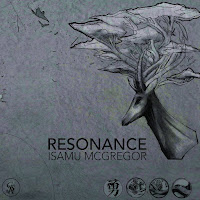 Isamu McGregor is a young (27) pianist and keyboard artist who, like many of his contemporaries, moves easily fro jazz to world music to pop music.  His "high-profile gigs with bassist Richard Bona, saxophonist Sadao Watanabe, and vocalist Colbie Caillat have taken him around the world.  He has maintained his trio with electric bassist Evan Marien and drummer Gene Coye for over six years; their closeness is quite evident on McGregor's new and second album "Resonance" (Ghost Note Records).  Seven cuts, clocking in at 57 minutes, cover a lot of musical territory. On the opening track, "The Dreamer", McGregor plays acoustic and electric piano plus synthesizers, moving around his arsenal with ease and creativity.

While all three musicians are technically impressive, this music is not all about prowess.  The episodic nature of most of the pieces emphasizes that McGregor wants to connect with his audience on an emotional.  Tenor saxophonist Seamus Blake joins the trio for "Relentless" and, while the title is an apt description for how the four musicians play, there are also moments of grace and beauty.  Come plays with great fire but pay close attention to the deep bass notes and the leader's powerful chordal work.  "The Drifter" opens with the buzzing sound of Bennie Maupin's bass clarinet but he soon moves on to play the melody with just the electric piano on support.  The rhythm section enters quietly. After the handsome bass clarinet solo, McGregor moves in on acoustic piano playing a delightfully meandering solo.  The piece begins to pick up in intensity during the solo and, soon, Mr. Maupin reenters and the trio steps aside, save for the pianist, for his quiet solo.  The bass clarinet dominates the final four minutes of the piece that has now taken on an impressionistic tone. 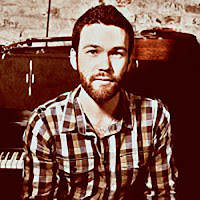 Friend and former bandmate Deen Anbar joins the trio for the funky, Weather Report-inspired, "Thor vs James Brown" (great title) - the first half of the track lopes along but then Coye lays down a frantic pace, McGregor plays a hypnotic Fender Rhodes rhythm and the guitarist begins a furious and raucous solo.  When the bass enters, it's "pedal to the metal" and the music "burns" all the way to the finish line.

In the middle of the program, there is a lovely solo feature for the leader.  "Because" is the shortest cut on the album (5:18) and it may take a moment before you realize it's the John Lennon ballad from "Abbey Road" - McGregor cuts right to the emotional heart of the song, embellishing the melody with classical chords with, at times, dramatic flourishes that do not overwhelm but underscore the story in the unheard lyrics.

"Resonance" is a mature work from a young artist who looks to be on his way to a long and productive career.  Some listeners may have issues with the electronics but the colors the various keyboards bring to the music helps to create a larger bouquet.  Isamu McGregor is a hard name to forget; his powerful music for trio and guests will resonate in your ears and mind for a good long time as well.

For more information, go to www.isamumcgregor.com.