Saxophonist, composer, and arranger Marco Eneidi, born in Portland, Oregon in 1956, came of age in the San Francisco Bay area.  His first instrument was guitar but he soon switched to reeds, specifically the alto saxophone.  He played in various ensembles around the Bay area before moving to New York City in 1981 to connect with saxophonist Jimmy Lyons who spent many years working alongside pianist Cecil Taylor). Eneidi soon began working with and learning from people such as saxophonist Jemeel Moondoc, bassist William Parker, trumpeter/conceptualist Bill Dixon, drummer Denis Charles, and others.

After moving back to California in the mid-90s, he formed a large ensemble with tenor saxophonist Glenn Spearman (1947-1998); depending on the composition, the size of the ensemble fluctuated between 15 and 40.  In 2004, Eneidi moved to Austria and was very involved in the European creative music scene. Around a year ago, he moved to Mexico, continuing to play up until his passing. 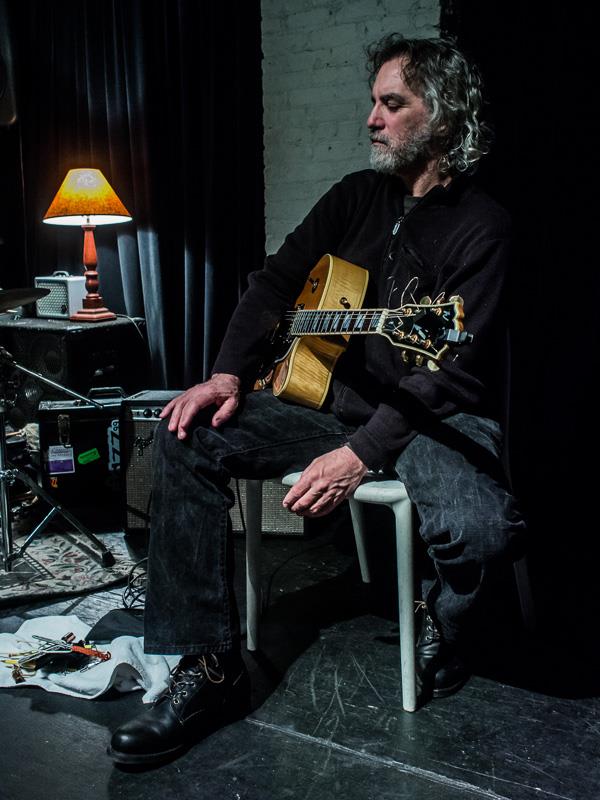 Marco Eneidi was scheduled to come to New Haven this week to perform with guitarist Joe Morris (pictured left). Instead, Morris will perform at tribute to the saxophonist Wednesday night (6/08) at Never Ending Books, 810 State Street in the Elm City, in duo with bassist Carl Testa. Opening the show at 8 p.m. will be the duo of Chris Cretella (guitar) and Mike Paolucci (drums).