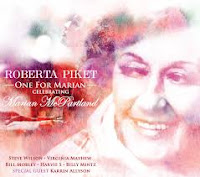 In her own way, Marian McPartland (1918-2013) was truly instrumental (pun somewhat intended) in educating the world about the great pianists and other musicians who live in our world.  Through her weekly radio show, "Piano Jazz" (still alive and well on NPR), she talked and played with musicians (and others) from all across the spectrum, from Dizzy Gillespie to Studs Terkel to Steely Dan to Roberta Piket.

Over Ms. McPartland's lengthy career, she recorded a slew of albums, continuing to compose and perform into her early 90s.  She's been gone nearly 3 years but her show still air regularly every week (plus new broadcasts hosted by her hand-picked successor, Jon Weber).

Since her passing, there have been plenty of written tributes but no recordings of her music.  Until now.  Roberta Piket (pictured left with Ms. McPartland) had organized a band in 2014 to pay tribute to the late composer and, a year later, she brought that ensemble into the studio to record "One For Marian: Celebrating Marian McPartland" (Thirteenth Note Records). Produced by Todd Barkan, Ms. Piket chose six of the pianist's pieces plus two of her own to arrange for a sextet that features Virginia Mayhew (tenor saxophone, clarinet), Steve Wilson (alto saxophone, flute), Bill Mobley (trumpet, flugelhorn), Harvie S (bass), and Billy Mintz (drums, percussion). What stands out besides the superb musicianship of all involved are the wonderful melodies that the ensemble performs. The two "new" songs include the lovely "Saying Goodbye" that opens with piano plus flute, clarinet, and trumpet before sliding into a waltz-like tempo led by the full-toned (and melodic) bass and the splendid brush work.  The other Piket composition is the feisty title track featuring a strong melody line and excellent solos from Ms. Mayhew (tenor sax), Wilson (alto sax), and the leader.  Mobley is in fine form throughout, especially on "In the Days of Our Love" and on "Time and Time Again" where he picks up the melodic thread from Ms. Mayhew's tenor sax and expands it with his tasty muted trumpet (over the bongos and conga work of Mintz).  Wilson's flute work stands out on "Threnody", his dancing and playful phrases in sync with the "swing" of the rhythm section. Originally a ballad that Ms. McPartland composed to commemorate the life of Mary Lou Williams, this new arrangement chooses to celebrate the memory of that pianist/composer in a breezy, sweet, fashion. 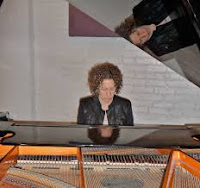 Vocalist Karrin Allyson joins Ms Piket for an intimate reading of "Twilight World", a handsome melody with lyrics by Johnny Mercer that was most famously recorded in 1972 by Tony Bennett. Elsewhere on the album, Ms. Piket's playing is quite expansive; here, she is delicate, supporting the excellent vocal with lush chords and melodic counterpoint.

The album closes with "Kaleidoscope", which attentive listeners and fans should recognize as the theme to "Piano Jazz" - after an impressionistic opening piano solo, the band his the ground running with exciting solos from Wilson (alto), Mobley (trumpet), Ms. Piket, and her husband short but powerful drum statement right before the close.

"One for Marian" does an excellent job not only in celebrating the work and life of Marian McPartland but also in reminding listeners how fine a composer she was.  Roberta Piket plays with grace and fire as does her excellent ensemble. Let's hope there's a Volume 2.

For more information, go to thirteenthnoterecords.com/marian-page/. 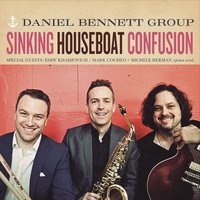 There are few things more fun than listening to the Daniel Bennett Group.  Over the course of six albums, Mr. Bennett (who plays alto saxophone, flute, clarinet, piano and other reeds) has created music that is wonderfully un-categorizable.  Sometimes it sounds like rock, sometimes jazz, sometimes "pop", usually more involved with melody and atmosphere than with long solos.  Album # six is "Sinking Houseboat Confusion" (Manhattan Daylight Media Group) and the 10 tracks feature his "working" group of Nat Janoff (guitars) and Matthew Feick (drums) plus bassist Eddy Khaimovich with guests Michele Herman (spoken work on one track) and guitarist Mark Cocheo on the "Acoustic Reprise" of the title track). 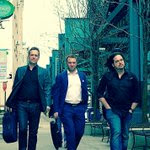 As for that title track, it shows up four cuts into the program and rocks out something serious, with chunky guitar chords, thumping drums - the song also has a handsome melody played by alto sax and shadowed by the flute and electric guitar.  Janoff's jangly guitar riffs leads in "Paint The Fence"; the melody, played on flute (Bennett has such a lovely tone), is pushed forward by the dynamic drum work of Feick. The bassist gets a short yet quite melodic solo as does the lead as the piece flows to a close.

Bennett's song titles often include animals;  this album has "Doctor Duck Builds a Patio", "John Lizard Comes Home", and the generic "Animals Discussing Life Changes" (only the title is generic as the song is a sweet vehicle for Bennett's clarinet).  "John Lizard..." opens the program on a thumping beat, perfect for dancing around - the band describes its music as "Surf Rock" and, while it isn't just that, that designation fits this track to a T. "Doctor Duck..." is a bit funkier in the rhythm section but also has a splendid melody that s quite well constructed. 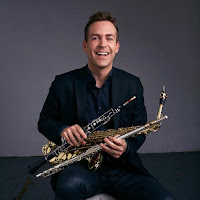 Ms. Herman shows up on "Little Disappointments of Modern Life" - the track opens with an unaccompanied alto saxophone that is the closest to jazz the album gets.  When the poet recites her work, the saxophone lines now are looped and processed) and there's a hard-edged solo to close out the track.

The "Acoustic Reprise" closes the album with Bennett playing a handsome melody (not the melody from "Sinking Houseboat Confusion") over several guitars, one of which (an acoustic) bounces between the speakers.  After 5+ minutes, the band breaks into the acoustic version of the song.  The piece still retains its bounce, just in a gentler fashion.

Listen - if "this whole world is getting you down", you should go "up on the roof" with the Daniel Bennett Group's music in tow.  Pour a cool drink, set up a lawn chair, and crank up "Sinking Houseboat Confusion."  The world outside your doors will still be crazy but your mood will be much lighter after this music.

For more information, go to www.danielbennettgroup.com.

Here's the Promo Video for the new album: