Guitarist, vocalist, composer and producer Lionel Loueke came to the United States in the late-1990s to study at the Berklee College of Music in Boston, MA.  He had left his home in Benin, West Africa, several years earlier to study in Paris, France.  Almost immediately after arriving in the US, he met bassist Massimo Biolcati and drummer Ferenc Nemeth, forming a musical ensemble that remains intact to this day. They first toured and recorded as Gilfema, releasing several fine albums. Mr. Loueke has also worked with Terence Blanchard, Herbie Hancock, and vocalist Gretchen Parlato as well as producing the debut recording of vocalist Kavita Shah.

Now dubbed the Lionel Loueke Trio,  they will performing this Friday (February 5) at The Side Door Jazz Club in Old Lyme.  Loueke's new Blue Note CD, "Gaïa" was issued in late October of 2015 to excellent reviews and the music shows the band at its best.  Recorded "live" in the studio with the 3 musicians in the same room, no headphones, no overdubs, it's certainly the most visceral music the band has produced.  Listeners used to the earlier recordings may be surprised the crackle and snap of this new music.  The rhythmic drive of the trio is incredible, making impossible to sit still.

While the new recording has its softer moments, the Trio really "rocks out" on several tracks. In person, one can hear the years of friendship and musical interactions step to the fore, making the music come alive. They'll take the stage at 8:30 p.m. - for ticket information, go to thesidedoorjazz.com or call 860-434-0886. 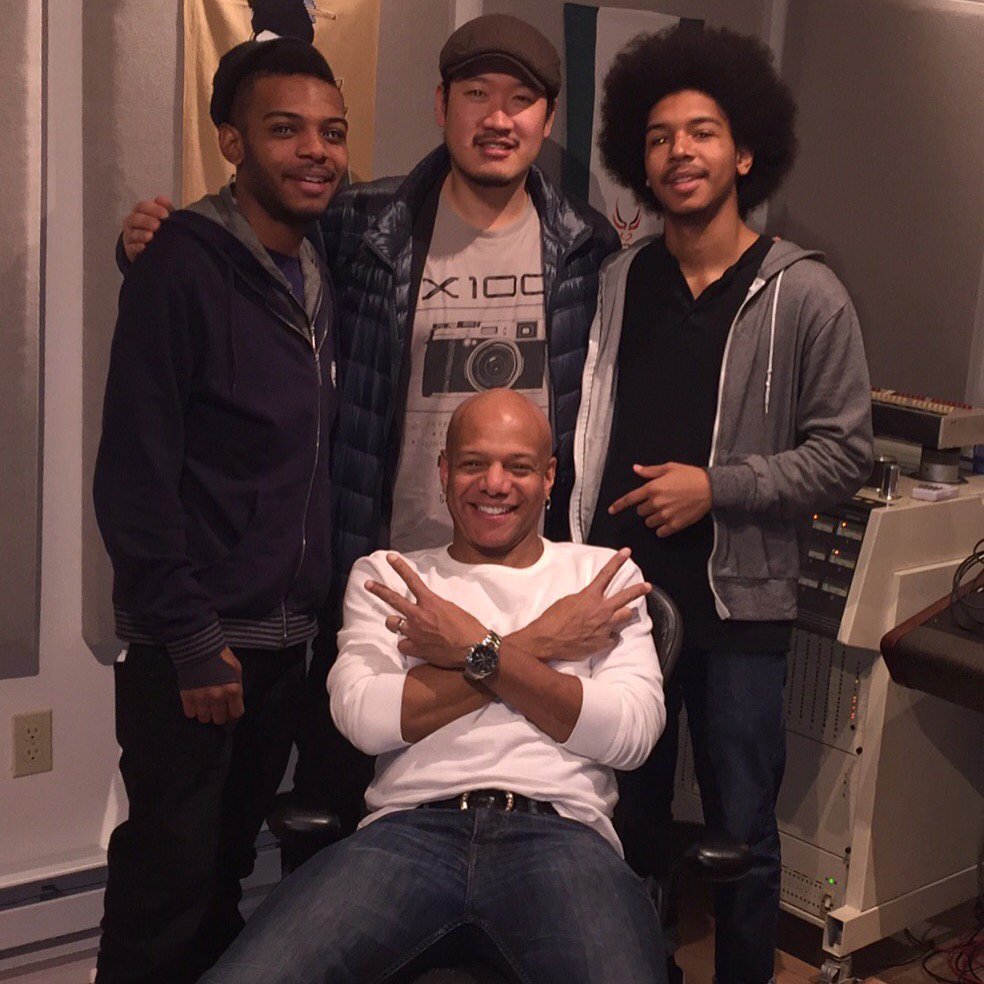 On Saturday night, The Whitfield Family Band returns to The Side Door for 2 exciting sets. Led by guitarist Mark Whitfield, who has played with the likes of Dizzy Gillespie, Art Blakey, Herbie Hancock and Chris Botti, and recorded 14 albums as a leader, the WFB also includes Mark Jr. (drums), son and brother Davis (piano) and Yashushi Nakamura (bass). The music they grow plays is a reflection of Dad's career -  he has never been afraid to cross genres, from easy listening to funk to straight-ahead jazz to hard bop. 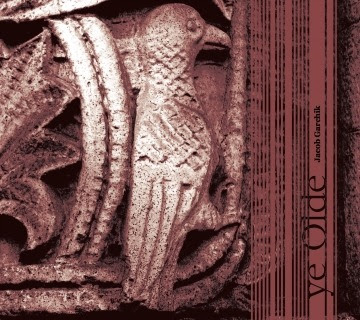 O, what to make of "Ye Olde" (Yester Eve Records), the 3rd album  of trombonist, composer, and arranger Jacob Garchik?  It comes 3 years after his fascinating solo extravaganza, "The Heavens: The Atheist Gospel Trombone Album" and features 3 guitarists - Jonathan Goldberger, Mary Halvorson, and Brandon Seabrook - plus drummer Vinnie Sperrazza. The 14-song, 37-minute album tells the mythical story of the village of Flatbush in the year 1014.

That written, the music Grachik created for his quintet has its roots in the progressive "rock" of the 1970s and 80s. groups such as Led Zeppelin, Black Sabbath, and King Crimson as well as artists such as Lou Reed and David Bowie. The results are loud yet rhythmically strong with the trio of plectrists adding many layers of sound to Garchik's overdubbed choir of trombones blended with his alto and tenor horns. 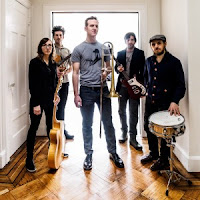 Sperrazza pushes, coaxes and bludgeons (at times) the music forward, his forceful drums bringing to mind the work of John Bonham and Bill Bruford.  There's a playful quality to the project (as one might expect from the subject matter) and, if one takes the time to really listen, Garchik writes excellent melodies and the arrangements for the guitars give each musician an important voice in the songs.

"Ye Olde" is wonderfully off-kilter music and that's a compliment.  Jacob Garchik has a playful edge to his music and we are the beneficiaries.  For more information, go to jacobgarchik.com. 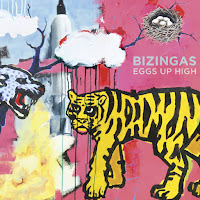 Mr. Garchik is also a member of The Four Bags, a group that features reedman Michael McGinnis, guitarist Sean Moran, and trombonist Brian Drye (Garchik mainly plays accordion for the ..Bags).  Brian Drye leads his own quartet, Bizingas, and their 2nd CD "Eggs Up High" (NCM East) came out (or escaped) in November 2015. Drye wrote all the tunes, playing trombone, synthesizer, organ and piano, and created the arrangements for Jonathan Goldberger (guitar), Ches Smith (drums, drum machine, rada drum,  electronics) and the ubiquitous Kirk Knuffke (cornet).  Mr. Goldberger's role in this band is quite similar to his work on the Garchik recording - his highly amplified riffs dance around the hearty drumming, weaving in and out of the brass players (check his blistering work on "Once").

Yes, this is "fusion" music but it goes in so many unexpected directions.  After a rollicking synth and drums opening, trombone and trumpet play the theme of "Hawaii" in half-time (the handsome melody bears resemblance in several lines to Bob Dylan's "Lay Down Your Weary Tune").  "Plant-based" opens with synth drums, hand percussion and solid piano chords.  This time, the melody find its way through the guitar effects and opens to a long solo from Drye (on trombone) and into a section that would not spend out of place on Weather Report's "Mysterious Traveler." Knuffke creates a excellent solo, against the grain of the piano chords.

"Along" wildly dances atop a forceful beat, raucous guitar and organ chords.  On the opposite, "Shane" enters on a handsome piano melody which opens to Knuffke's countermelody. His solo has soft, burry, edges that have an emotional edge. Surprisingly, the drums and guitar enter with but 1:25 left in the song joining the corner and piano in replaying the melody. Funk a la James Brown mixed with DEVO is what the opening minute of "Slip" sounds like.  Goldberger enters and the piece begins to really explode cornet and trombone dueling over rapid-fire drums.  A burping synth drum beat leads the trombone in on "Pedal" - Drye's melody line is quite handsome and he is supported, at various times, by a guitar counterpoint. Smith returns, this time on "live" drums and the song dances forward.

Nearly 5 years passed between the first and second Bizingas albums - if you heard the self-titled debut, you'd hear that Brian Drye wanted this band to rock harder than The Four Bags but have a similar sense of direction(s).  If you like music where anything is possible, from heart-felt melodies to full-blown guitar shredding, burbling synths to impressionistic brass arrangements, "Eggs Up High" is a mighty tasty meal.

For more information, go to bizingas.com.

Here's a live version of "Plant-based":