The Side Door Jazz Club presents guitarist Nir Felder in concert this Friday (February 12) at 8:30 p.m.  The Club's website says it's a Trio gig and the guitarist's site says it's a quartet; neither says who's in the band (Don't you just love surprises?)  Either way, the music will be quite good.  Over the past decade since he moved to New York City, Feder has recorded with such fine artists as Esperanza Spalding, Terri Lyne Carrington, Greg Osby, and Jack DeJohnette as well as performing with Diane Reeves, Bobby McFerrin, Lizz Wright and Matisyahu.  His 2014 debut CD, "Golden Age" (Okeh Records), showed myriad influences, featuring the splendid band of Aaron Parks (piano), Matt Penman (bass) and Nate Smith (drums).  While Felder is certainly technically adept (yes, he's got serious "chops"), he does not ignore melody.

For more information about the show, go to thesidedoorjazz.com. To learn more about Nir Felder, go to www.nirfelder.com.

Here's the guitarist in action:

Pianist Johnny O'Neal has had quite the life - read Owen McNally's column from last year to get the full story - let's just write that he's been on a major upswing for the past 5 years.  He's quite the keyboard artist plus he's an accomplished vocalist with a repertoire that stretches back decades, from blues to jazz standards to "pop" songs. O'Neal also has a wicked sense of humor. This Saturday night, he'll be back at The Side Door for 2 sets of sweet music.  Since it's Valentine's Day weekend, I expect there will be slew of "relationship" songs. 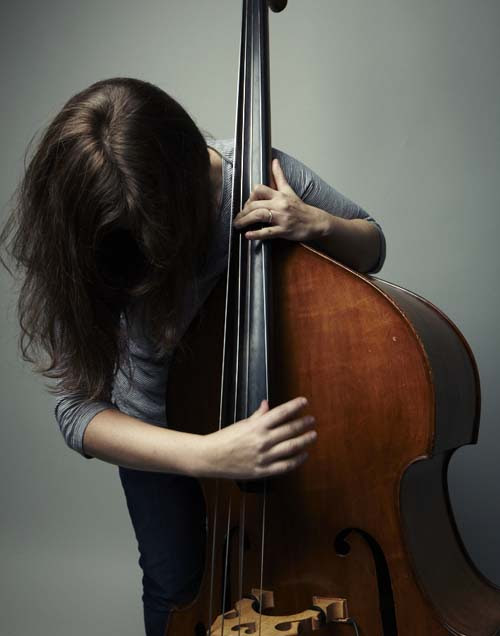 The Uncertainty Music Series presents bassist Shayna Dulberger solo and the Steve Niemitz Quartet this Saturday February 13 at 8 p.m. in Never Ending Books, 810 State Street in New Haven. Ms. Dulberger is a busy musician, leading her own groups plus appearing regularly in others. She approaches her bass as both a melodic and percussive instrument, using her bow to create "oceans" of sounds but also plucking for melody.  To learn more about her work, go to www.shaynadulberger.com.

For more information, go to uncertaintymusic.com.
Posted by Richard B. Kamins at 5:34 PM