The Side Door Welcomes 2 Groups of 3

Yet another great weekend for piano trio lovers awaits at The Side Door Jazz Club in Old Lyme. On Friday evening June 17, the red-headed Benny Green brings his Trio - bassist David Wong and drummer Rodney Green (no relation) - to the stage to play 2 sets of fine contemporary jazz.  It's hard to believe looking at the ever-young looking Green that 1) - he is 52 years old and 2) - he's been on the scene touring and recording since the late 1980s. Over the years, he's worked with such jazz legends as Art Blakey, Betty Carter, Freddie Hubbard, and Ray Brown. Listening to him play, he has absorbed his influences, playing free and easy with a penchant for swinging mightily.

His latest  CD, "Live In Santa Cruz!" (Sunnyside Records) is his 14th as a leader or co-leader and features Wong plus drummer Kenny Washington. It's an exciting program (the pianist loves to play and play quickly) of all-originals, recorded live,  that shows the influences of Bud Powell, Marcus Miller, Phineas Newborn Jr. and others. That written, Green is his own man, committed to making his music in his own way. Pieces such as "Golden Flamingo" show a bluesy side whereas "Anna's Blues" is so joyful that the blues melt away. "Sonny Clark" is a tribute to an underusing hero of hard bop taken at a knuckle-busting tempo.  Another is the rapid-fire "Bish Bash", which sounds like a variation of "Flight of the Bumblebee." Washington's sprightly drumming leads the way into "Phoebe's Samba", a tune that dances outrageously out of the speakers (and has a melody line reminiscent of Steely Dan's "Don't Take Me Alive").  Green plays with such abandon on this and most of the other 8 tracks. For more information, go to bennygreenmusic.com.

Here's a taste of the Trio's new recording to whet your appetite:

On Saturday, pianist/composer Luis Perdomo, often seen and heard sitting in the piano chair of the Miguel Zenon Quartet and the Ravi Coltrane Quartet, leads a new trio into The Side Door, an ensemble he calls the Controlling Ear Unit.  Consisting of the dynamic and always exciting drummer Rudy Royston and bassist Mimi Jones (who played the club last Saturday with her own quartet, the trio creates music that has its roots in Perdomo's childhood in Venezuela plus the music and musicians he encountered upon arriving in New York City to study at the Manhattan School of Music. (AUTHOR'S NOTE - the inimitable Mr. Royston had to step down so his chair is being filled by the equally dynamic snd exciting Henry Cole, the drummer in the Zenon Quartet.) 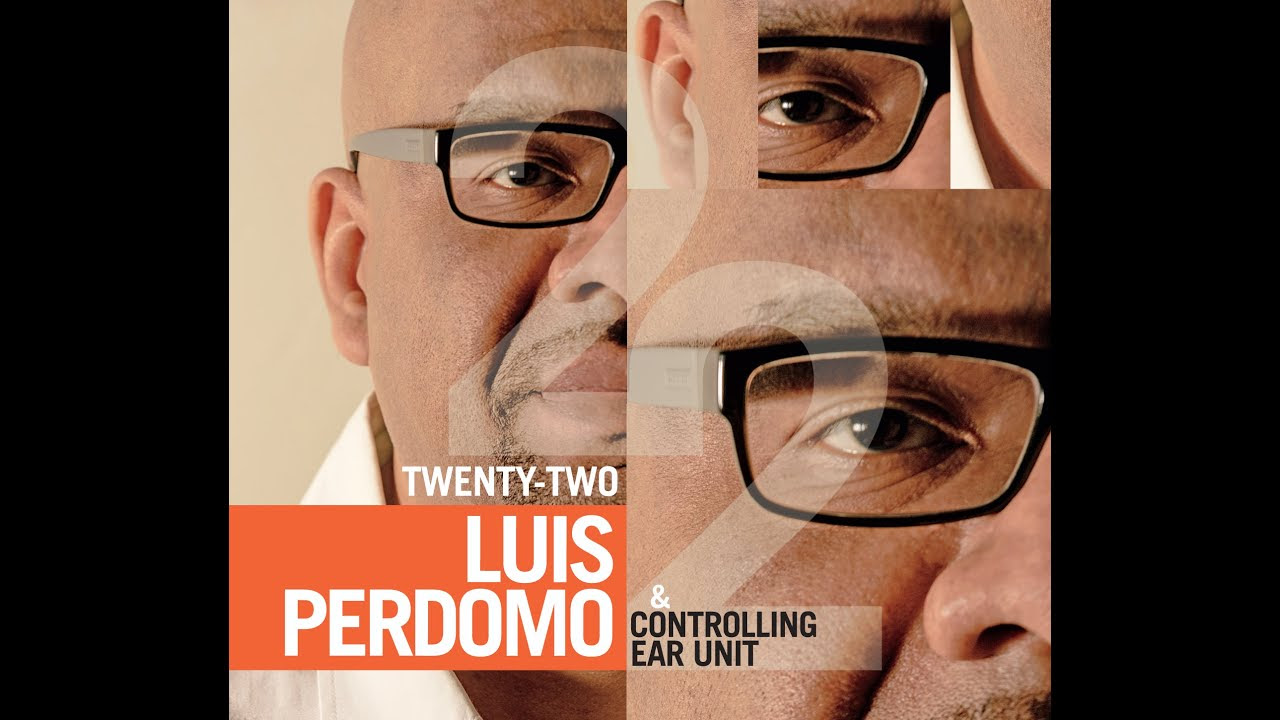 Perdomo & the CEU are celebrating the release of their new CD, "Twenty-Two" (Hot Tone Music) - the title of his 7th CD as a leader relates to how many years the pianist has lived in New York and is also half his age (at the time of the recording in December 2014).  Perdomo plays electric piano on 5 of the 12 tracks and Ms. Jones contributes a wordless vocal that is unison with her bass and the piano on "Aaychdee" - if you've heard her 2014 Hot Tone release "Balance", you know that she has a lovely voice and formidable "chops" on her instrument. Throughout the recording, the piano and bass work together well (no surprise, they are husband and wife!), with the pianist's left hand often playing the same lines on the thematic material.  "Two Sides of A Goodbye", a "freer" piece, opens that way; with Royston quietly moving around his kit, Perdomo and Ms. Jones play in and around each other's phrases. On "Old City", the bassist opens the piece with her thick tone setting the pace, a tempo that the drummer expands upon, creating a thunderstorm of percussion beneath the rolling piano lines.  Royston solos later in the piece, his poly-rhythmical attack erupting out of the speakers.   The bass-drum intro to "Cota Mil" is incredibly funky, setting the stage for the electric piano's entrance.  The song has a "push-pull" tension between the rhythm section and pianist, getting more exciting as the solo unwinds. The trio build to a fiery climax, leading to a soft bass solo that calms her bandmates until the theme returns in a blazing coda.

The interaction of electric and acoustic piano on "Brand New Grays" is impressive (it's overdubbed but sounds fresh and alive). The piece romps along, the pianist trading lines with himself until he and Ms. Jones step aside for an incredible drum solo! Rudy Royston makes one sit up and take notice, rattling the speakers in the car or on the wall.

Of the 12 tracks, only "How Deep Is Your Love" (yes, the Bee Gees tune) is not a Perdomo original. Yet, he brings the same kind of multi-genre approach to that track as he does on most of the cuts, with changing tempos, flowing lines and touches of Latin and Classical styles in the arrangement.

"Twenty-Two" is a splendid album with its spotlight on 3 excellent musicians who give their all, a rhythm section that is responsive and creative, and a composer/pianist whose songs are a kaleidoscope of his musical influences and explorations.  Luis Perdomo & Controlling Ear Unit not only "controls" your mind but also makes you want to move, to dance and to smile.  For more information, go to www.luisperdomojazz.com.

Labels: Piano trios, Sunnyside Zone, The Side Door at The Old Lyme Inn