Jason Crane of thejazzsession.com and JazzDIY.com have just issued their 2nd "joint" interview and it's a chat with the gentleman to the left.  Composer/arranger Darcy James Argue, whose main musical outlet is the large ensemble known as the Secret Society, speaks with Crane about a number of subjects including his relationship to the late Bob Brookmeyer and Argue's new multi-media project, "Brooklyn Babylon."  Then,he sits with Crane for the video interview and speaks about his entry into the world of jazz as well as the business of running a modern band. Both discussions are fascinating (to me) and will give you further insights about the contemporary music scene.  Clink on the links above (or, for The Jazz Session interview, there's a link on the right of this post) and enjoy. 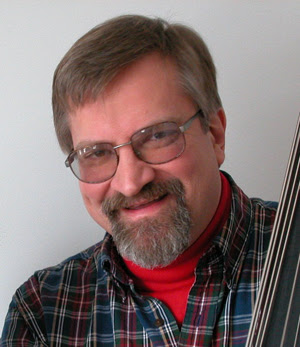 Bassist Ratzo Harris (Betty Carter, Mose Allison and Kenny Werner, to name but 3 of the people he has graced with his musical presence) also blogs for the New Music Box web magazine.  Recent posts include his comments on the NEA Jazz Masters ceremony, the GRAMMYs, Stan Kenton, a tribute to the life and work of drummer Paul Motian and the joy of playing "live music."  Always thoughtful and thought-provoking, Harris's words are worth your time.  Go to www.newmusicbox.org/articles/author/RatzoBHarris/ and check him out.

Those of you who follow professional basketball are probably already quite tired of "Lin-sanity", the media madness surrounding New York Knicks (and Harvard graduate) point guard Jeremy Lin. Jazz fans know New York Times and JazzTimes writer Nate Chinen - I heartily recommend you go to thegig.typepad.com and check out Chinen's post titled "Race Is The Place", a personal take on racism, color, nationality and minority status.  Click here to read the entry. 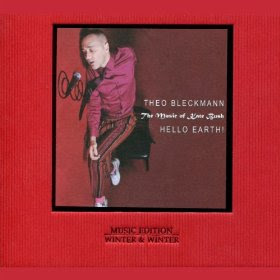 Just last week, I saw and heard vocalist Theo Bleckmann in concert with the John Hollenbeck Large Ensemble.  Bleckmann's new CD, "Hello Earth - The Music of Kate Bush" (Winter & Winter), is due for U.S. release on April 14.  Bleckmann, who not only sings but also plays toy piano and percussion, has been working on this project for several years with an ensemble that features Hollenbeck (drums, percussion, voice), Skúli Sverrisson (electric bass, voice), Henry Hey (piano, Fender Rhodes, electric harpsichord, voice) and Caleb Burhans (electric violin, electric guitar, voice). Ms. Bush first came to fame in her native Great Britain in 1978 and her eclectic style of songwriting, production and vocalizing soon drew comparisons to Peter Gabriel.  Like Gabriel, she is a sonic explorer and many of her songs tell stories (some of them quite strange.)  She does not tour and has only released 2 CDs since the beginning of the 21st Century.  Bleckmann's take on Ms. Bush is quite wondrous, his voice covering large swathes of aural and emotional territory ( a full review is coming).

In the meantime, Bleckmann and band appeared on WNYC-FM's "New Sounds" in April of 2010, performing 5 songs live (with snippets of the original pieces) and talking with host John Schaefer about why the vocalist took on the project.  Click on the link below to listen to the entire show, courtesy of WNYC.