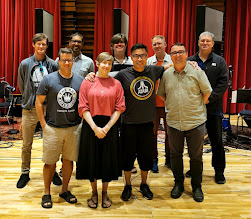 Carn Davidson 9, the brainchild of trombonist/ composer William Carn and multi-reed player/ composer Tara Davidson (they are also husband and wife), has been in existence for a decade.  Composed of nine of the busiest musicians and educators in the Toronto, Canada, area, the nonet (see personnel below) features three reeds, four brass, and bass and drums, but no chordal instruments.  The intelligent compositions and arrangements spread the warm sounds of the brass and reeds across the sound spectrum with rich melodies and harmonies that pull in the listener.  Kudos also go to the splendid rhythm section –– bassist Andrew Downing and drummer Ernesto Cervini –– for their great support, enthusiastic as well as musical playing, and sensitivity in propelling the "little big band". 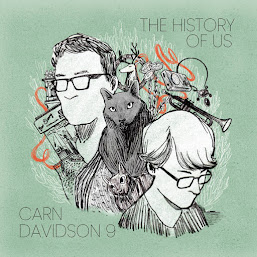 The nonet's third album, "The History of Us" (Three Pines Records), consists of two three-song suites plus one composition by Carn dedicated to the late Murphy the Cat who is positioned in the middle of the album cover.  The trombonist's "Finding Home Suite" (Pt. 1 – "A New Life") opens the recording in a ballad tempo led in by the flutes and clarinets with the brass and supportive reeds on either side of the sound spectrum.  Kevin Turcotte creates a fine trumpet solo in the middle, reminiscent of the sound and style of the late Kenny Wheeler. The opening brass and reeds fanfare of "A Mother's Song" has the richness of a Bob Brookmeyer arrangement–– as the song progresses, the trumpets open the melody then share it with the reeds and trombones.  The suite closes with "Home" with the baritone saxophone and low tines leading the way to the melody. The emotion of the melody pushes the piece forward to a bluesy and powerful baritone sax solo from Shirantha Beddage that fills the mid-section of the nearly nine-minute piece.  The reeds follow with a repetition of the melody that builds in intensity until a solo trombone line slows the piece down, producing a lovely coda. 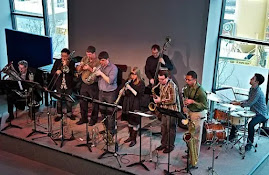 As the album title suggests, this is a very "family-centric" program with songs by both co-leaders dedicated to parents (and, yes, the late family cat).  The music is impressionistic but nearly always with a calm center.  On ""Swept Out to Sea (For Dad)", the sweep of the brass and reeds as well as how Kelly Jefferson's tenor sax solo steps out is reminiscent of Maria Schneider's "open sounds" –– the sharp but not harsh brass sounds and the warm reeds blend fill in the musical portrait.
"The History of Us" is a powerful yet mentally soothing program from Carn Davidson 9.  Powerful because the songs and the performances are so heart-felt and soothing because in these uncertain often frightening times, we need "us" more than ever.  To find out more, go to www.threepinesrecords.ca/home/carndavidson9.  To hear, watch, and purchase the album, go to https://carndavidson9.bandcamp.com/album/the-history-of-us.
Listen to "A Mother's Song", the second Movement from the "Finding Home Suite":
Personnel: 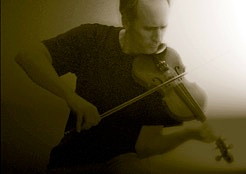 Multi-instrumentalist, composer, arranger, and bandleader Don Macdonald lives in Nelson, British Columbia, Canada (located 410 miles to the east of Vancouver, BC and 387 miles southwest of Calgary, Alberta, Canada) where he teaches in the Contemporary Music and Technology Program of Selkirk College Contemporary Music and Technology Program. His musical life is delightfully eclectic having composed operas, choral works, movie soundtracks, played in jazz and rock bands plus has worked in World Music settings. 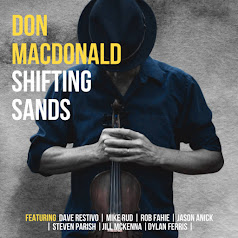 His latest album, "Shifting Sands" (self-released) is a collection of nine original instrumentals with a group of musicians from or based in Canada plus mandolinist Jason Anick from Boston, MA.  Macdonald plays violin throughout (he's also a saxophonist); besides his fine musicianship and that of his colleagues, it's the musical settings he creates that catch the ear. Yes, this is "fusion" music but with a twist in that the melodies and rhythms get in your ears and stay there. Whether it's the jazzy drive of the title tune or the flamenco-inspired drive of "La Tormenta" (great solo from guitarist Mike Rud) or the flowing melody of "Atacama" or the joyous bounce of "Bayou" (a Crescent City hoedown at its best), the music wraps the listener in its creative embrace (leaving your feet free to dance!).
"Shifting Sands" is an apropos title in that every song stands out from the other yet the program never feels forced or slick.  There are moments that remind this listener of the fusion music violinist Jean-Luc Ponty created through his career (also hear Ponty in Macdonald's tone). Need a musical pick-me-up?  Play this new recording Don Macdonald and your mood is sure to turn brighter!
For more information, go to https://donmacdonaldmusic.com/.  To hear more and purchase the album, go to https://donmacdonald.bandcamp.com/album/shifting-sands.
Put on those dancing shoes – here's a taste of "Bayou":
Personnel:
Don Macdonald - violin/composer/producer
Dave Restivo - piano
Mike Rud - guitar
Steven Parish - drums
Rob Fahie and Jill McKenna - upright bass
Jason Anick and Dylan Ferris - mandolin 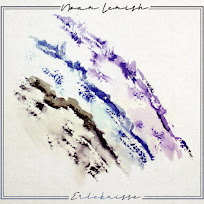 Israeli-born pianist, composer, and educator Noam Lemish has issued his second solo piano album, "Erlebnisse" (self-released) but his first with all-original music.  Lemish, who is Assistant Professor of Jazz Instruction and Pedagogy in the Music Department of York University in Toronto, came to the United States, specifically to the San Francisco Bay area, to study music with and perform with W.A. Mathieu and percussionist George Marsh. He co-leads a quartet with Israeli oud player Amos Hoffman and they play original tunes as well as songs from their native land.  Lemish is also the co-director of the Israeli-Iranian Musical Initiative, an ensemble based in Toronto that plays music from both countries with musicians that come from that area of the world. 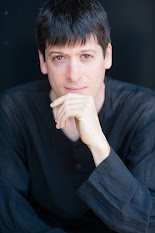 "Erlebnisse" can mean "deeply felt experiences" (in conversation, the pianist hinted that translation does not totally the convey the power in the word) – in that spirit, the 16 improvisations that make up the program reflect the various life experiences that Lemish has encountered. Dedicated to Mathieu, the pieces range from dramatic to quiet to nearly without form to quiet rumination and more.  There are myriad musical references but mostly, this is the pianist connecting his inner world to the piano keys. What one hears in  this music is Lemish's sense of wonder, his love of exploration, and who he was at the time of and on the day of the recording.  Shed your own expectations, step into the pianist's world, and listen. Be open. Be vulnerable.
Noam Lemish can't hope for more than that.
To find out more about the artist, go to www.noamlemish.com.  To hear more and to purchase the album, go to  https://noamlemish.bandcamp.com/album/erlebnisse.
Here is "Erelbnis 2":
Posted by Richard B. Kamins at 1:57 PM