Saxophone Sounds for the New Year! 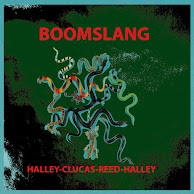 Over the course of 24 albums, tenor saxophonist and composer Rich Halley has created music that takes from various streams within the Jazz tradition and makes it his own.  Just listen to the first minute of "Corroboration", the opening track of his new album, "Boomslang" (Pine Eagle Records) –– the saxophonist engages in a conversation, sans rhythm section, of short phrases with the bright, tart, sounds of Los Angeles, CA-based cornetist Dan Clucas. One expects the music to go in a "free" direction but when bassist Clyde Reed and drummer Carson Halley enter, the music drops into a jaunty uptempo joyride. Given that it's one of the five pieces (out of nine in the program) that is a group improvisation, the piece is episodic and changes directions several times in the six-minute performance. 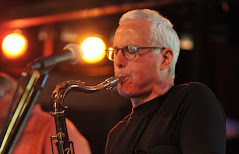 The album takes its name from a snake from mostly in sub-Saharan Africa. The snake only bites when backed into a corner and its fangs contain a deadly poison. There's nothing poisonous about Halley's music. "Northern Plains" opens with the younger Halley (Rich's son) playing Native American rhythms on his drum kit that leads to a melody that blends traditional elements of Native American melody with blues.  After a powerful tenor solo over the thunderous drums, the band drops into a rhythm with its roots in the hard bop of Art Blakey. 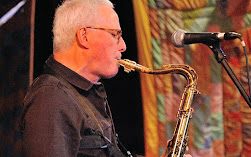 Right in the middle of the program is the 12-minute group improvisation "Dispholidus" (also named for a sub-Saharan snake).  The front line really stretches out pushed forward by the urgent rhythms. Bassist Reed takes his own powerful solo, a true solo as he is all alone; when the sax and trumpet step in, he steps out so Halley and Clucas can wrap their phrases around each other.  The rhythm section returns, Halley steps out for another compelling solo which Clucas follows with his own exciting spotlight.
Rich Halley has always been one to create his own trail through the vast landscape of creative music. One should not be surprised by the funky beat throughout the raucous "The Lean" and the fiery tempos pushing "The Converse" into the audio stratosphere.  The energetic music and exciting solos that fill the tracks on "Boomslang" make you sit up and take notice! Kudos to all involved.
For more information, go to www.richhalley.com.
Here's the opening track:
Braithwaite & Katz · Corroboration - Rich Halley

Saxophonist (tenor and alto) Nick Hempton, originally from Sydney, Australia, has been in the United States, New York City to be exact, since 2004.  His early albums (he now has issued seven) show a player who loves melody, loves to improvise, and has a round sound one associates with jazzmen from the 1950s and 60s playing in late-night venues. After issuing albums on Posi-Tone Records and SmallsLIVE, Hempton issued "Night Owl" in 2019 on his own label – that album featured Peter Bernstein (guitar), Kyle Koehler (organ) and Fukushi Tainaka (drums) with music that hearkened back to classic Blue Note Records sessions that paired Jimmy Smith with the likes of Lou Donaldson and Stanley Turrentine. 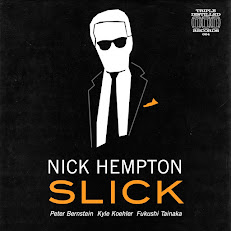 Nearly three years later, Hempton takes the same ensemble into GB's Juke Joint, a recording studio in Long Island City, NYC, and lets them loose on a delightful 10-song program. "Slick" (which may be the saxophonist's nickname) slides down into the nightclub right from the opening notes of the opening track "The Runaround".  Nobody is in a hurry; instead, they all jump on Tainaka's solid shuffle-swing digging into the groove creating solos to point to all participants having a great time.  Six of the tracks are originals with four "standards" sprinkled into the program. The first of those tracks is Mel Torme & Robert Wells "Born To Be Blue" featuring splendid, emotionally rich solos, from the guitarist and saxophonist plus empathetic support from Koehler as well as sweet brush work from Tainaka.  Another standard and ballad, "The Gypsy" (composed by Billy Reid in 1945) is oh-so-sweet with Hempton's tenor showing the influence of Coleman Hawkins throughout his solo and on the coda.
Still, this band is built to swing. Pieces such as "Frying With Fergus", "Liars Dice", and "Upstairs Eddie" gives everyone the chance to "blow" supported by the infectious swing of the drums and the organists's excellent bass pedal dancing. Then there's "Short Shrift" with leaps out of the speakers sounding liek the musical equivalent of the band running to catch the last train back to the city.  The performance just might take your breath away yet it is joyous and lots of fun.
"Slick" ends on a sweet note with an uptempo but not fast performance of Allie Wrubel & Herb Magidson's "The Masquerade is Over".  Hempton's alto solo has a bluesy, playful, feel while Bernstein takes off from the melody without ever losing sight of it.  Koehler digs right in cruising atop the easy swing of the drums.  It's the perfect close to a pleasing set of music.  Nick Hempton creates music whose goal is to make you happy, entertain you, and take your mind off of the world outside your door. Nothing wrong with that at all!
For more information, go to https://nickhemptonband.com/.
Here's the album opener:
Posted by Richard B. Kamins at 3:29 PM