Time to write about music thats been filling our house with good sounds this Spring:

Drummer, trumpeter, composer, historian, educator, and mentor Ralph Peterson Jr. passed away on March 1 of this year after a long battle with cancer.  He arrived on the jazz scene in the late 1980s as a member of the Blue Note "Young Lions" group Out of the Blue but soon was making albums as a leader.  He had apprenticed at the side of drummer/mentor Art Blakey and was able to channel the explosive qualities of the older musician to create his own sound. Over the decades, Peterson proved to one of the finest "ballad" players –– when I saw him in person, most audience members were impressed by his ability to drive a band with great power but I loved to hear him play soft as a whisper.  Over the past decade, Peterson moved between his own groups as well as leading the Messengers Legacy Band which featured members of Blakey's Jazz Messengers.  He also taught up-and-coming musicians at Berklee College. 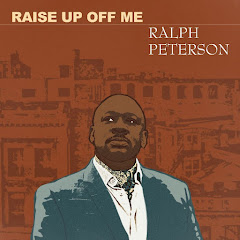 "Raise Up Off Me" (ONYX) is being billed as Ralph Peterson's final album as a leader.  Recorded in December 2020 (less than three months before his passing), the program finds him in the company of the Curtis Brothers –– Zaccai (piano, keyboards) and Luques (bass) –– plus guests Eguie Castrillo (conga, timbale, cymbal, and cowbell on one track) and Jazzmeia Horn (vocals on three tracks).  The title track opens the album, a group improv featuring the leader on various percussion instruments plus Zaccai on both acoustic and electric pianos.  The music is reminiscent of Herbie Hancock's more exploratory of the late 1960s. "Right to Live" (composition by Peterson) features his fiery percussion pushed to the max by the powerful piano and foundational bass work.  It's no surprise that the Curtis Brothers became the basis for "Triangular III" and "IV"; you remember the initial "Triangular" with pianist Geri Allen and bassist Essiet Essiet.  Both Ms. Allen and Zaccai Curtis knew how to play Peterson's opfetn-complicated music. 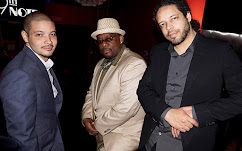 The 12-song CD (13 if you buy the "download") is loaded with delightful music.  The trio's take on Bud Powell's "Bouncin' With Bud" is playful with excellent interplay among the trio; note the angular "bounce" of the theme and the conversation between the piano and drums during Zaccai's solo. "Blue Hughes", a piece that the drummer composed for Out of the Blue, adds Mr. Castrillo to the mix. The percussion stew that sizzles up from the rhythm section sounds like an orchestra unto itself, really kicking the piano solo forward.
Ms. Horn first shows up on Peterson's lovely ballad "Tears I Cannot Hide".  Her voice, often at the top of her natural range, is soulful and honest while the trio supports with a musical cushion. Pay attention to the drummer and how he uses space, his subtle cymbal work as well.  The musicians dance delightfully beneath Ms. Horn's voice on John Hick's "Naima's Love Song" –– Peterson rocks the rhythm, especially under the smashing piano solo. The drummer also contributes a splendid trumpet solo and accompaniment.  The vocalist's third contribution (the "bonus track" for the download) is a rollicking take of Betty Carter's "Please Do Something".  The three musicians each solo with the drummer "trading 8's" with the vocalist's splendid scat singing. She drops out and Peterson takes over for a rhythmic treat!
If "Raise Up Off Me" is to be Ralph Peterson Jr's final album, he certainly goes out on a high note (a major bunch of them in fact).  If you are listening to hear if the drummer is weak or has slowed down, you won't hear anything like that. Neither does one hear sadness, pity, or anger.  Joy is the sound emanating from the speakers. Ralph Peterson Jr dealt with numerous issues during too-short lifetime but his music was his strength, his refuge, his contribution to making the world a better place! What a man, what a man!
To learn more about the artist, go to www.ralphpetersonmusic.net/.     To buy the album, go to https://ralphpetersononyxmusiclabel.bandcamp.com/album/raise-up-off-me.
Hear "The Right to Live":

Jennifer Wharton, a native of Pittsburg, CA, is called a "low brass specialist'. Best known for her work with Darcy James Argue's Secret Society and many other large ensemble, her bass trombone playing is noted for its power and her fine ensemble work. Ms. Wharton also has worked in the pit bands in Broadway productions of "Beautiful: The Carole King Musical", "Porgy & Bess", "9 to 5", and others.  Several years, the trombonist decided to give her instrument top billing and formed Bonegasm, a septet with four trombones – yes, a whole section – and a rhythm section.  The 'bone players include Ms. Wharton, her husband John Fedchock, Nate Mayland, and Mark Ferber; aiding and abetting them are Michael Eckroth (piano, Fender Rhodes), Evan Gregor (bass), and Don Peretz (drums). The group's self-titled debut appeared on Sunnyside Records in February 2019. The album's liner notes by Jim McNeely played up the name as well as the originality of an artist creating new music for jazz trombone as well as putting the instrument front and center 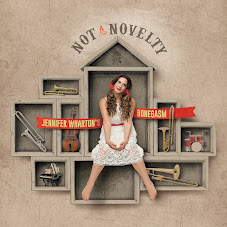 While the debut is good fun, album # 2 "Not a Novelty" (Sunnyside) is, in many ways, even stronger. That could be because by the time the septet entered the studios, it was September 2020, right in the midst of the pandemic.  No one in the band was working regularly, venues had closed down, the theaters on Broadway and beyond silenced; save for teaching students on ZOOM, there were no gigs.  Opening with Eckroth's "BonGasmo", the band (with Samuel Torres irrepressible percussion joining) plays with abandon including soloist Mayland.  There are only two other originals by band members in the program. Instead there is an eclectic collection of pieces from composers such as Remy LaBouef, Tori Amos, Chris Cheek, Ayn Inserto, Carmen Staaf, Manuel Valera, and Chris Cornell (the former leader of Soundgarden now deceased).
The Cornell tune, "The Day I Tried to Live", features a "grunge metal" arrangement by Darcy James Argue and a Tom Waits-influenced vocal by
Kurt Elling. He and Ms. Wharton solo together with the vocalist imitating a 'bone player with a cup mute.  Ms. Amos's "Twinkle", arranged by Fedchock, is a lovely ballad; spreading the brass around the sound spectrum and giving them sweet harmonies to play while he solos, the music moves forward gently gaining in intensity. Torres shows up once more for the rollicking take of Valera's "La Otra Mano" even getting a solo after both Ferber and Eckroth shake the rafters.  "Blue Salt", by Ayn Inserto, features a rocking bass line (doubled on piano) plus a splendid solo from Ms. Wharton and her husband over several different rhythms.
Mark Ferber's "Blue Salts" is definitely a blues, down and somewhat dirty (especially the swagger from the 'bones). Ms. Wharton takes her solo low down while bassist Gregor solos with the band responding in kind.  There's even a Frank Zappa feel to the "march" that closes the piece.
No truer words than "Not a Novelty" as the trombonists take center stage and acquit themselves magnificently.  The basic difference between the first and second Bonegasm album is that while the material is just as good it's the arrangements that feel stronger.  Jennifer Wharton should be proud of this album and this group –– she gets to work and play with her husband and with her friends. Hopefully, the band will get to play in front of live audiences.
For more information, go to https://jenniferwharton.com/. To purchase the album, go to  https://jenniferwharton.bandcamp.com/album/not-a-novelty.
Hear the opening track:
Posted by Richard B. Kamins at 5:57 AM