Some readers may remember that organist Chris Foreman and drummer Greg Rockingham were two-thirds of Deep Blue Trio – along with guitarist Bobby Broom, the Chicago-based ensemble recorded four albums, two on Delmark and two on Origin Records, from 2004 until 2011. Though the Trio in various iterations had been playing since 1992, they waited to record after a decade+ of gigs in the Midwest and beyond.  After the trio split, Foreman and Rockingham formed Soul Message Band with guitarist Lee Rothenberg and alto saxophonist Greg Ward. 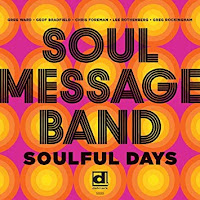 "Soulful Days" marks the organist and drummer's return to Delmark Records as leaders. SMB's debut recording takes its name from Cal Massey's "These Are Soulful Days" – recorded in 1961 on the trumpeter-composer's one and only album as a leader, "Blues to Coltrane" but not released by Candid Records until 1987 (15 years after Massey's passing), this updated version slows the piece down to a bluesy shuffle featuring guest tenor saxophonist Geoff Bradfield (he's on three tracks), Rothenberg, and Foreman stepping out over the groove. And, it's quite soulful.  Ward contributes one of the two original pieces, the sprightly "Uncertainty".  Not at all like it's title, the piece dances forward on Rockingham's active (but not intrusive) drums and Foreman's delightful bass lines.  The guitarist composed "Sir Charles", the tune that opens the album; it's a tribute to both NBA star Charles Barkley and the great organist Charles Earland. The shuffle beat and easy interactions, delightful solos and the lack of ego, sets the tone for the album.  The band is telling the listener these "Soulful Days" are made for swinging, relaxing, and getting into the groove.

Every song is worth spending time with but here are two particular high spots.  Ward's singing alto and Foreman's gospel-infused organ lines open up the sweet Rodgers & Hart ballad "Little Girl Blue."
There are bluesy solos from Rothenberg, Foreman (it's the longest and most exciting one), and Ward (who plays such lilting phrases).  The quartet absolutely soars on Louis Bellson's "Easy Time" –it's another shuffle but, thanks to the interactions and fine solos from the guitarist, alto saxophonist, and organist plus the drummer's power rising from below, you will want to dance.

"These Soulful Days" lives up to its name. This music will wash away your troubles and sounds so good as it cleaned the soul!  Dance along with Soul Message Band as they put their spin on the organ-led band that has been a staple of soul-jazz for many, many decades.

For more information, go to www.soulmessageband.com. No videos or audio downloads but you can get a taste of the album by going to delmark.com/product/5030/. 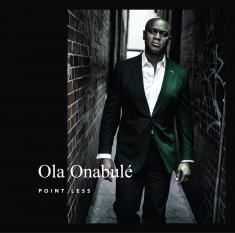 Upon first listen, "Point Less" (Rugged Ram Records) struck me as an excellent debut by vocalist and composer Ola Onabulé. A little bit of research took me to his website whereupon I discovered the Nigerian-born, Great Britain resident, had released eight albums since his debut in 1995.  Therefore, this 2019 album is his ninth for the singer with the wonderful range; naturally a tenor, he can really sing quite high and surprisingly low (he has a three-and-ahalf octave range!). But, as appealingly the rhythms are in the majority of the 14-song, 77-minute program, listen to what he's singing about.  Themes of equality and inequality, promises made and broken, of violence perpetrated on people of all colors,  and how the lower class is held physically and fiscally move through all songs.  While the rhythms of "The Old Story" will remind many listeners of Santana's "Smooth", the theme of dominating the "other" reverberates in verses such as "I don't victim but why/Must I exist, just to tell a man/I must prepare him to die...."

"And Yet" opens with a splendid funky beat while Onabulé sings "Staring down a barrel again" then going on to "Don't blow Mister, Big Controller, do the rags bother/Maybe I could loose the hoodie for ya/...We all know you hold the rod of power."  All this to a rhythm that would not feel out of place on a Steely Dan album, especially "Aja" and beyond. On "Exit Wound", the singer exclaims "Don't send me all your thoughts and prayers/If they make it, they'll be no use here."  All this to a lively Latin-flavored beat provided by drummer Chris Nickolls, bassist Phil Mulford, percussionist Will Fry, pianist John Crawford, and guitarist Al Cherry. Nickolls plays on three on the tracks while Jack Pollitt pushes the band on the other 11. 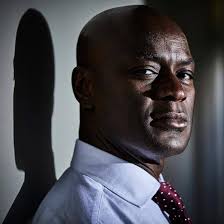 The messages in the lyrics may seem relentless; it's best to put yourself into the composer's life.  Even the lovely ballad "Tender Heart" (kudos to Cherry for his soulful accompaniment and the powerful piano work of John Crawford) is not a respite from the issues people face in a soul-less world.  But Onabulé's vocals are soothing and give hope.  The harmonica of Berthold Matschat is handed to the final two tracks. He dances along with the leader's wordless vocal on "Pas Famille", interacting behind as the song turns to tell the story about a person who has no issues selling out his brethren (the title translates to "not family"). The excellent harmonica solo, with its blend of long, flowing, phrases with short melodic passages, stands out. The final track, "You Can't Depend On Love", opens with the harmonica introducing the melody while the lyrics speak of moving carefully through your life.  But, "Until you find a soul to some to/You'll find/You can't rely on hope" until the the singer changes the final chorus to "You can't depend on love." You can't help miss the lilt of Horace Silver in the melody and rhythm and the subtle honesty of Cole Porter in the lyrics.

Yes, "Point Less" is a long album yet it is worth taking your time to explore.  Ola Onabulé writes all the music and lyrics, produced these sessions, and released it on his own label.  He has stories to tell with a voice that does just honestly, melodically, soulfully, and without pity but filled with empathy. There's power in the rhythms and the beats as well.  All his albums are on Bandcamp and there's much to discover.

For more information, go to www.ola-onabule.co.uk.

Here's a video of Onabulé in studio (note the excellent guitar solo):

The language of hard bop was created in the 1950s nurtured by the likes of Clifford Brown, Theolonious Monk, Kenny Clarke, Sonny Rollins, Horace Silver, Art Blakey, Max Roach, and many others.  In the 1960s, Ornette Coleman, Miles Davis, John Coltrane, and Albert Tyler (to name but four), began searching in multiple directions opening up the music while, often, scaring away older listeners. Even 60 years later, hard bop may sound obsolete to young listeners but, in the hands of musicians who understand the blues and "freedom" at the roots of the musical style, the music still can excite and electrify audiences. 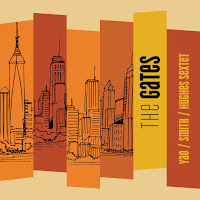 Trumpeter Jimmy Smith and saxophonist James Hughes, both natives of the Detroit, MI, area, have been working together since 2012, recording three albums as a quintet.  For "The Gates" (Shifting Paradigm Records), Smith and Hughes added trombonist John Yao (from Chicago IL) to the front line (making him a co-leader to boot) as well as putting a new rhythm section (pianist Corey Kendrick, bassist Jeff Pedraz, and drummer Nick Collins – all three live and work in Detroit). The front line first came together several years ago when they were all studying in New York City. The nine-song program, with four sings by Hughes, three by Yao, and two by Smith, features intelligent music, great interaction, and excellent solos.  The rhythm section is delightful, with Kendrick's Horace Silver-inspired piano work, Pedraz's melodic and foundational bass, and Collins' delightful drumming. 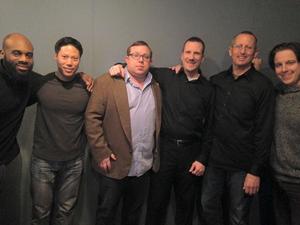 While the first two tracks (Smith's "I-75 @ 5" and Yao's "Hell Gate" – the former moves faster than any highway I've been on at 5, p.m. that is) – swing with joyous abandon, Hughes's "Subterranean Miner" is a mysterious twisty blues line with fine bass work, a languid melody, and fine solos. Bassist Pedraz, who introduces the piece, also gets the first solo; his impressive melodic lines leads to a three-way conversation between Hughes (soprano), Smith (flugelhorn, perhaps), and Yao. The proceedings get a bit noisy before the band calms down to take the piece out. Hughes also composed the handsome ballad "Sophia's Song" – he plays the emotionally rich melody and takes the first solo (with Yao and Smith adding color in the background) the turns the spotlight over to Kendrick for a wide-ranging solo sans horns.  His playing truly sings even as he hands the song back to the front line. 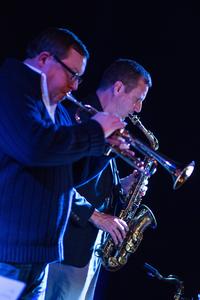 The title track (composed by Smith) adds a Brazilian feel while giving the feel of a Lee Morgan piece.  Smith's crisp trumpet sound leads the way; the bounce in the rhythm section inspires his solo spot.  Yao, too, is inspired, his solo dancing along with Collins sweet cymbal work.  The drummer alters his attack a bit for Hughes's tenor spot, a playful romp from the co-leader.  The album closer, Yao's "Dog Days", is one of several that bring to mind Mr. Blakey's Jazz Messengers.  While the rhythm section is not as relentless as the master drummer's could be, the relaxed but powerful bop they create is highly appealing.  Kendrick, the composer, and Smith get the solos and they have a great riding the waves from the bass and drums.

"The Gates" opens wide and the avid listener gets to enjoy the delightful interactions of the Yao/Smith/Hughes Sextet.  The music brings to mind the hard-bop sounds that filled urban clubs in the 1950s and early 1960s, sounds that have never really gone out of style.  Dg in to this feast – the music satisfies!

For more information, go to www.shiftingparadigmrecords.com/yao-smith-hughes-sextet.html and/or to www.johnyao.com or www.jimmysmithmusic.net or www.jameshughesmusic.net – they all have sounds and pictures of the band.