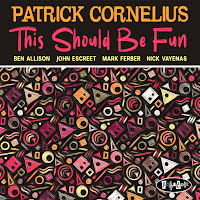 Alto saxophonist and composer Patrick Cornelius returns to Posi-Tone Records with "This Should Be Fun", a delightful 10-song program that finds him in the company of the fine young British pianist John Escreet, bassist Ben Allison, and drummer Mark Ferber.  It's important to mention their names as the band is so important to the success of this music.  Does not hurt one bit that Cornelius, a native of San Antonio, Texas, is an excellent songwriter - his pieces have well-developed melodies, thoughtful harmonies, are conducive to both excellent ensemble work and intelligent interplay.  The composer uses the word "fun" deliberately as the sounds throughout most of the album prove.


Nine of the 10 songs are originals with one track,"Dissolution", from guest Nick Vayenas (the trombonist is a long-time friend of Cornelius - in fact, he has appeared on all of the saxophonist's previous releases plus they worked as co-leaders on the first album either player ever released in 2000).  What a treat to listen to Allison and Ferber create the underpinnings on each track, how melodic the bassist is (his phrasing is rarely cliché-filled), and the power and subtlety the drummer brings to the songs (for example, "Telescope" finds him responding to what the soloist are doing but also pushing them to dig deeper).  Then, there's Escreet - he can and does play many different styles.  Here, he sets up the chordal patterns, and, on occasion, the pace (his playful two-handed rhythmic intro to "Restless Willow" can be heard throughout the piece as both a touchstone and a pace setter).  His solos are quite delightful, playful, and, in the case of the final track "For Morgan", emotionally satisfying.  That track, written in response to the sudden passing of Cornelius's high school saxophone teacher and mentor Morgan King, is a tender and loving remembrance. The melody has a soulful, gospel-like feel, and the leader's alto sounds, at times, as if he's praying as well as also celebrating the life of an extraordinary person. 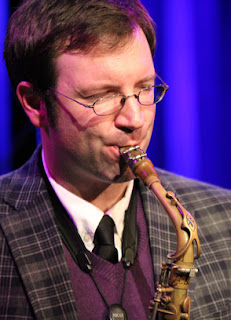 Among the other highlights are the jaunty title track, the Brazilian-tinged sway of "Leaving Paradise", and the aching ballad "Precious Souls."  "....Fun", as you will hear below, has a bouncy New Orleans feel and delightful interplay of sax and trombone. Drummer Ferber really dances on this track as does Escreet.  There's quite an atmospheric feel to "...Paradise", the smooth blend of the horns, and the lilt in the piano solo.  It's just Cornelius and Allison on the ballad "Precious Souls" - inspired by the present administration's separation of children from their families along the Texas-Mexico border, the music s a plaintive cry to the humanity of the people of the people involved this decision, one that reverberates to this day and hour.

"This Should Be Fun" is another fine album by Patrick Cornelius.  Each one has been different with one of the constants being the excellent songwriting.  The leader has a "sweeter" sound, neither gutsy nor gusty, but also not soft and irrelevant.  He sings on the saxophone in a manner that makes one listen closely, closer to hear the melodies throughout his solos as well as his interactions with the band.  All in all, a fine hour of music from start to finish.

Step out with the title track:


Tenor saxophonist Sam Dillon makes his Post-Tone debut with "Force Field"; coming just seven months after his album debut "Out In The Open", released on Cory Weeds' Cellar Live.  Dillon, a native of New York City, has been playing saxophone since before he was a teenager and has numerous high-profile gigs.  He's worked with drummer Joe Chambers's Moving Pictures Jazz Orchestra, the Captain Black Big Band, the Big Apple Circus, and many more. Dillon is also an educator and conducts numerous workshops with high school bands.  His C.V. is already chock-full of accomplishments and he's only in his mid-30s. 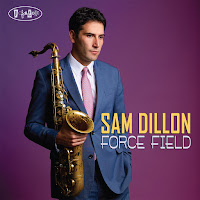 If you only listen to the opening three tracks on the nine-song program, you might expect the album to a high-powered blast.  The title track kicks off the show; one can hear the influence of McCoy Tyner on the song, with Dillon blowing off the powerful changes play by Theo Hill (piano, Rhodes), the thick bass lines of David Wong, and the rampaging drums of Anwar Marshall.  Played loud, this will shake the speakers and the windows!  "Go For the Jugular" follows. Composed by trombonist Michael Dease, the hard bop romp features the composer along with alto saxophonist (and frequent collaborator) Andrew Gould along with trumpeter Max Darché.  The piece hearkens back to the sound of Art Blakey's Jazz Messengers, capturing the energy of the great drummer's many ensembles.  Hill moves over to Rhodes for Chick Corea's "Straight Up and Down", a tune whose melody line is a spotlight for Darché's energetic trumpet.  The lighter sound of the electric piano does not get lost in the onslaught of the horns and rhythm section. In fact, Hill's solo is quite powerful. 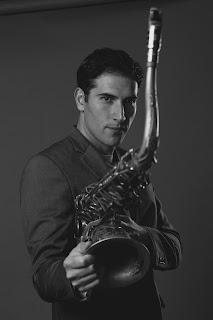 The music slows down with the appropriately titled "Shift".  It's a sweet ballad with the tenor, alto, and trumpet on the front line.  Wong's active bass lines stand out as does the subtle drum work from Marshall - the interaction of Hill with the soloists also is sweet to hear as is the pianist's wide-ranging solo.  "Marionette", from the pen of pianist Lars Jansson, opens with tenor sax and electric piano, moving softly through the handsome melody.  Dillon caresses the melody at the beginning of his solo, moving easily away and back to the main theme.

Still, the emphasis is mostly on uptempo tunes. Dease returns for Dillon's "Two-Part Problem", a fast-paced romp that Hill fills with powerful chords and long-single note runs.  The leader digs into his solo and flies over the propulsive drums and galloping bass lines. The album closes with Charlie Parker's "Dexterity".  Dig Wong's fine bass work.  Hill sits this one out so it's Dillon, Marshall, and the bassist filling the sound spectrum. They have great fun doing so and it shows.

Sam Dillon, to play on the words of the Parker tune, is quite a dexterous musician.  He does not tend to show off but plays shorter, pithy, solos.  That leaves plenty of room for the other musicians to show their talents. Theo Hill's fine piano work stands out throughout the album and the rhythm section shines.  "Force Field" is a pleasure to listen to and bodes well for the future of its leader!

To find out more, go to www.samdillonmusic.com.